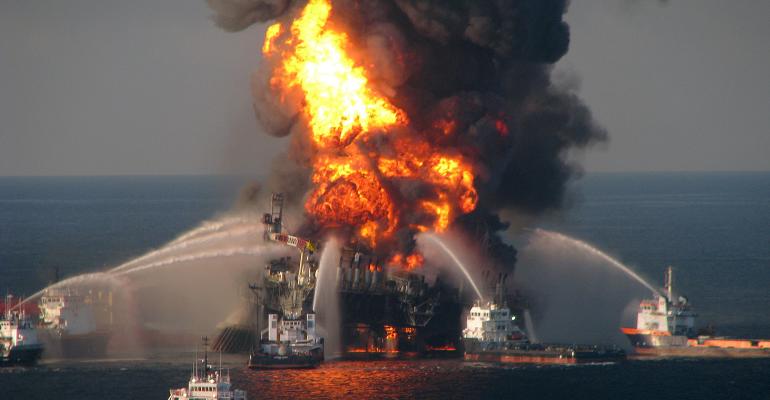 The Structural Decline of Fossil Fuels

Energy companies make up a material portion the indexes many advisors mirror, so they need to be wary of the long-term prospects for oil, coal and natural gas.

Energy companies make up a material portion of the S&P 500 and other indexes that some advisors mirror in client portfolios, so the sector’s growth prospects are meaningful to analyse thoughtfully.

Fossil fuels companies and supporters say that demand for their products is growing and will continue to do so for decades, if not indefinitely. Renewable energy companies, electric transportation providers and their advocates believe that the economics of their technologies will prove more advantageous than continued reliance on commodity-based energy. Who’s right? Let’s look at some of the arguments from the standpoint of a fossil fuel supporter and evaluate the facts.

Solar and wind still aren’t cost competitive. Not true. Electricity is being contracted at just under three pennies per kilowatt-hour (kWh), unsubsidized, from large-scale solar power generating plants. That’s $0.0299 per kWh in Dubai, which is one of the sunnier places in the world and therefore particularly advantageous for solar, but we also see the United States not too far behind with San Jose, Calif., having signed a solar power purchase agreement for 3.7 cents per kWh, which is competitive with any form of fossil electricity and cheaper than most.

Wind, although not declining in price as rapidly as solar, is for now even cheaper. A 2015 report from analysts at Lazard Freres, as cited by Politifact, shows “the cost of wind production in Texas, not counting government subsidies, runs from $36 to $51 per megawatt-hour (mWh) while an average national cost for coal-fired electricity ranges from $65 to $150 per MWh and for gas, depending on the type of plant, from $52/MWh to $218/MWh.”

Solar and wind aren’t growing very fast. Solar is one of the world’s fastest growing industries, period. In a record-breaking year, “new solar capacity rose 50 percent in 2016,” according to the Guardian, and “globally there is now 305GW of solar power capacity, up from around 50GW in 2010 and virtually nothing at the turn of the millennium.” In the U.S., one could say solar energy is pulling the rest of the economy along with it: “the industry already provides more Americans with jobs than oil and gas extraction does, and it’s growing at 12 times the rate of general job creation,” according to a report from EDF.

Wind is booming almost as much. A four-year U.S. wind power forecast sees a quarter-million jobs and 35 gigawatts of new wind capacity in the U.S. by 2020.

Politically, there’s little to stop the growth of renewables. In addition to favorable economics, it turns out that climate science skepticism and support for wind and solar are not correlated as “renewable energy is popular — even among Trump voters and climate change deniers.”

Oil producers don’t agree there is a transition to renewables. At least one oil power, Saudi Arabia, thinks the oil era will end and is working hard on a transition plan to make the country much less dependent on fossil fuels revenues. The Deputy Crown Price has Bloomberg writing about “The $2 Trillion Project to Get Saudi Arabia’s Economy Off Oil.”

Natural gas is the fastest growing energy in America. Nope, it’s being outpaced by renewables 2-to-1. In 2015, solar and wind together represented 69 percent of new electricity generation capacity additions in the United States. New U.S. electrical capacity from wind and solar in January 2016? 100 percent. According to data cited by Joe Romm, “in the first three months of 2016, the U.S. grid added 18 MW of new natural gas capacity. It added a whopping 1,291 MW of new Wind and solar.” For the full year 2016, wind and solar represented 65 percent of new electricity generating capacity, while natural gas accounted for 35 percent, and coal contributed no new capacity.

Institutions don’t agree that the global economy will soon evolve past fossil fuels. On the contrary, they very much do. Morgan Stanley Research summed up the positions of many banks on the subject in writing: "Investors cannot assume economic growth will continue to rely heavily on an energy sector powered predominantly by fossil fuels.”

Electric vehicles will not displace internal combustion. According to Forbes, “the future is indeed electric, but if [gas engine car] manufacturers refuse to face the music, they may not be around for much longer. Bloomberg New Energy Finance, for instance, predicts that by 2040 the electric vehicle market will hit 41 million cars sold, “representing 35 percent of new light duty vehicle sales.””

Where is this momentum? The Dutch Parliament has passed legislation seeking to prohibit the sale of internal combustion engine cars in Holland after 2025. Prime Minister Modi and others in India are working toward similar policy that would ban the sale of gas and diesel burning cars in India after 2030. According to The Independent, “Norway will ban the sale of all fossil fuel-based cars in the next decade, continuing its trend towards becoming one of the most ecologically progressive countries on the planet.” Bloomberg has written that they think there will be enough electric vehicles on the road by 2022 to have displaced 2 million barrels of oil per day worth of demand, with demand displacement of five, 10, and 15 million barrels not far behind. The Energy Collective has written that they don't see any scenario where electric vehicles are not the majority of cars on the road globally by 2050. The Financial Times has gone as far as to print that fossil fuels must now accept that they are entering terminal decline.

Fossil fuels may never be abandoned completely, but there is no clear scenario where they will be able to resume long-term growth or a reliable pattern of risk-adjusted returns. Renewable energies have become too economically competitive for fossil fuels to contend with in new electricity generation. Transportation, though not as far advanced in evolving beyond fossils, is slowly but inexorably heading that way.

It’s hard to see where an increase in demand for fossil fuels can come from. The transition to a global economy powered by wind and solar is no longer a theoretical revolution, it is now demonstrably underway. For investors, it has become dangerous to think of fossil fuel stocks as the same source of safe risk-adjusted returns that they were in past decades, and perhaps equally dangerous to assume that stranding of fossil fuel reserves is a process that will take decades. Noted investor Jeremy Grantham thinks that before 2030, investment growth in fossil fuels will have stopped. Green Alpha Advisors believes it will be long before that.

Garvin Jabusch is co-founder of Green Alpha Advisors, a Boulder, Colo.-based asset manager who invests in stocks that offer innovative sustainability solutions and avoids stocks that contribute to resource scarcity and global warming.