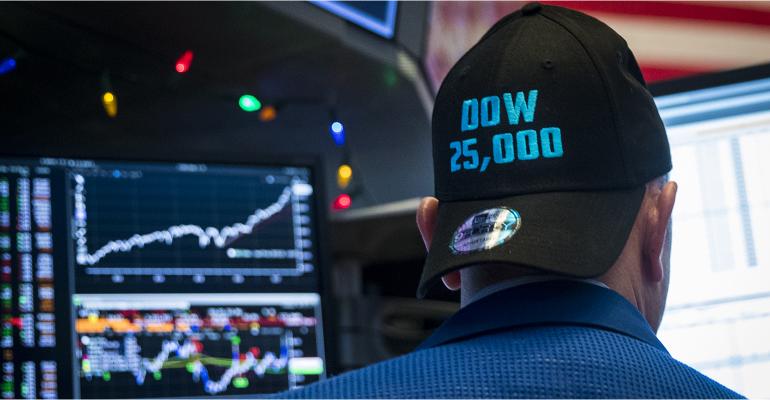 Stocks Are Pricey? That Depends on Context

The real question is: Relative to what?

(Bloomberg View) --How cheap or expensive are stocks? This is one of the more interesting investing debates, and a very confusing question for institutions and individuals alike. It often leads to fear, paralysis or bad decision-making, or some combination of the three.

I was reminded of this recently courtesy of a Wall Street Journal article with the headline "What to Buy When Nothing Is Cheap?," discussing a dilemma facing large pension funds. The implied question is how much risk should investors tolerate when everything seems to be overvalued. That's a premise loaded with implications that must be unpacked before you can get to the primary question of valuations and what (or whether) to buy.

Let’s start by saying that not everything is overvalued. European stocks are certainly cheaper than U.S. stocks; emerging markets are cheaper still. The Journal noted that the California Public Employees' Retirement System, the largest U.S. public pension fund, had internally discussed selling $50 billion of stocks last year; but after thinking things over, it ended up buying more instead. But this offers no satisfying answer to the flip side of the question posed by that headline: Is everything overvalued?

My Bloomberg Gadfly colleague Nir Kaissar and I debated this issue last year.  There were numerous takeaways from our discussion, but a few stand out:

In investing, only considering a single variable as a key determinant of subsequent returns is a fool’s errand. We previously observed that relying on median price-to-earnings ratios alone while ignoring other factors often leads to poor outcomes. Allow me to call attention to an idea related to the valuation discussion -- a superior alternative is to consider other variables in your equations.

How should you do this? Maybe start by trying to find similar periods so as to make a better comparison. As my other Bloomberg Gadfly colleague, Charles Lieberman put it, "If we focus on those periods when inflation and interest rates were low, as they are today, the implied equilibrium P/E multiple is well above the historical average, but also above the prevailing multiple in today’s market.”

So the standard answer to the question of whether stocks and bonds are expensive is, on a historical basis, yes. But perhaps the better answer is that relative to inflation, and the federal fund rates, bonds might be overvalued, but relative to bonds, stocks are not.

This is how things look at one specific moment in time, a freeze frame, but not the full moving picture. If inflation rises, the calculus for bonds suddenly changes. A big increase in bond yields could, theoretically, make equities less attractive.

The real reason so many investors focus on valuation is that expected returns are significantly dependent upon initial valuations. Consider that since 1926, value stocks have outperformed growth stocks by a rate of 17 percent compounded annually versus 12.6 percent for growth. That is more than a 400 basis-point difference. Compound that over long periods of time, and you quickly see why Warren Buffett’s Berkshire Hathaway Inc. has put up such terrific performance numbers. The advantage of value over growth has narrowed during the past 25 years, shrinking to about 290 basis points. Still, compounded annually it reflects a big difference in returns.

But the current valuation debate about buying or selling is really asking the wrong question; the better inquiry is what do these valuation measures mean for our forward expectations?

So the question of whether stocks and bonds are expensive should rephrased to something along the line of, Are they expensive relative to other significant conditions? That provides more intelligent context to answer the eternal question of valuation.