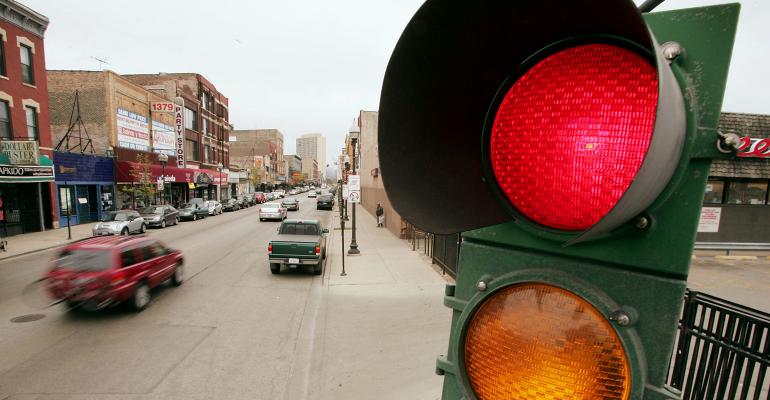 An earnings gauge is flashing the cheap signal, but it's misleading.

The perceived bargain is most likely a big reason for the market's recent rebound. The Dow Jones Industrial Average was up nearly 500 points on Monday and Tuesday. The S&P 500 Index is up nearly 2 percent this week.

It may seem like an odd time to be championing stocks as inexpensive. Yes, the market, the past two days notwithstanding, has been down in general lately. Still, while the S&P 500 is no longer at an all-time high, it's not far from it, off less than 250 points, or 10 percent, from the peak of 2,873 hit in early January. In fact, at the current 2,657, the index is about where it was in mid-December, when plenty were calling the market extremely expensive. What's more, stocks, as measured by the S&P, are still up 68 percent, or 87 percent including dividends, during the past five years.

But what has changed, and what has some hailing the market as cheaper than it has been in a while, is better earnings and the expectation that they are going to get even better. The best encapsulation of that is the so-called PEG ratio, which compares the forward price-to-earnings ratio, based on the next 12 months of expected profits, to the expected growth rate of those profits, again for the next 12 months. The PEG ratio has been used on Wall Street for a while. Peter Lynch, the Fidelity mutual fund manager, was the most famous proponent of the gauge's ability to determine value. Generally, a PEG ratio of 1 is the dividing line between cheap and expensive. The S&P 500's current PEG ratio, even after the recent rally, is 0.62. That's the lowest it has been in nearly a decade. In early 2015, it was as high as 2.6. For the PEG ratio to reach 1, the S&P 500 would have to climb to nearly 4,300, or 60 percent higher than where it is now. Stocks, though, might not be as cheap as the PEG ratio makes them appear. First, remember that the gauge is a ratio of a ratio, where expected earnings is in both the numerator and the denominator. There's a lot of guesswork built into that number. And Wall Street's profit predictions often don't work out. Second, while the forward P/E of the market has fallen, to 16.5 from 18.1 a year ago, the real drop in the PEG ratio comes from a huge increase in the expected earnings growth of the S&P 500 for the next year. Profits are predicted to rise 27 percent from the second quarter of this year to mid-2019.

But a lot of that growth isn't sustainable. Much of it is coming from the tax cut. By the end of next year, earnings growth is expected to slow to just 11 percent. The S&P 500 is already trading at 15.4 times next year's earnings, which means the market's PEG ratio is already set to return, after the effects of the tax plan washes out, to 1.4, which is about its average over the past 20 years. And that's if stocks don't rise from here.

On top of that there are several reasons -- namely rising interest rates and potentially a trade war -- to think that stock valuations should be lower than they have been over the past two decades. Investors may think stocks are looking cheap, but they are not as much of a bargain as they appear.

To contact the author of this story: Stephen Gandel in New York at [email protected]