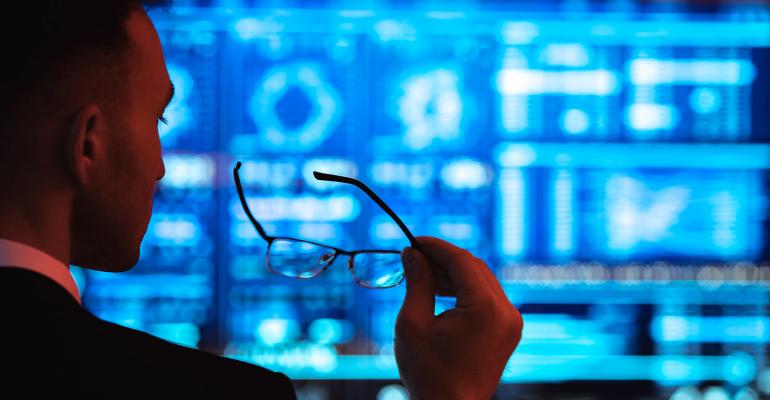 SPACs Slap Some Lipstick on Their Penny-Stock Pigs

Reverse stock splits can help companies avoid delisting, but they’re not a panacea.

(Bloomberg Opinion) -- Life comes at you fast in the stock market. At the start of the year, investors were so enamored of the technology sector that Alphabet Inc., Tesla Inc. and Amazon.com Inc. split their shares into smaller increments to attract even more retail buyers, often causing the stocks to rocket even further.

Now, with sentiment toward speculative tech companies near rock bottom, hundreds of startups that have seen their shares plummet this year are having to consider the opposite move: reverse stock splits to consolidate a large number of shares into smaller amounts, boosting the share price to a less embarrassing level.

Almost 170 members of the Nasdaq Composite Index have reverse split so far this year, according to data compiled by Bloomberg, 12 times as many as did a forward split like Tesla. More are sure to follow, but investors should be wary: It won’t improve the financial fundamentals of these fallen angels, and can exacerbate a downward spiral.

You might think a stock price is just a number, but it has symbolic and practical importance, especially in the US.

Related: Your Stocks, SPACs and Crypto Are Tumbling. Now What Do You Do?

Investors may perceive a company with a very low stock price as low quality. In a rare move for a large company, humbled industrial conglomerate General Electric Co. did a reverse split last year to bring its crumpled share price back into line with peers.

Some brokerages don’t provide research or recommend buying penny stocks, and institutional investors and mutual funds are often either reluctant or prohibited from investing in them.

Most importantly, the main US exchanges require listed companies to maintain a minimum share price of one dollar or face delisting. This is best avoided because the shares would otherwise trade on less liquid over-the-counter markets, impairing the company’s ability to raise capital and provide equity incentives to employees.

Currently, almost 500 Nasdaq companies — around 13% of the total — sell for less than a buck, similar to the 2008 financial crisis and the dotcom bust.

Biotech firms are the worst affected but there’s also a preponderance of former special purpose acquisition companies, which isn’t surprising. By convention, SPACs go public at $10 a share and hence a 90% drop — regrettably all too common in SPAC-land — puts them at risk of being booted from the exchange. Electric-vehicle manufacturer Arrival SA, scooter company Bird Global Inc. and used-car retailer Cazoo Group Ltd. have all received non-compliance warnings from their exchanges.

Companies typically have a six-month grace period to remedy a too-low share price, and extensions are sometimes available. At times of extreme market stress such as in 2001, 2009 and 2020, exchanges have cut companies even more slack.

The problem can fix itself; companies with low stock prices become takeover targets, or their prospects improve thanks to cost-cutting or a strategic overhaul, or the stock market recovers.

But many of the firms currently languishing below $1 will have to copy NYSE-listed British digital healthcare company Babylon Holdings Ltd., which announced a reverse share split earlier this month to rectify the damage caused by what it describes as its “disastrous” 2021 SPAC listing.

Others are trying to get ahead of the problem. After its stock price fell below $1.50, London-based fintech Paysafe Ltd. wrote to shareholders last week outlining the case for a reverse split, saying it would help “attract, retain and motivate employees, some of whom may be less likely to work for us if we have a low share price.”

Reverse split stocks sometimes work out fine. Removing the threat of delisting should be a relief, and investors may differentiate between companies whose shares have been caught up in broader market turbulence and those with flawed business model and weak financials. Booking Holdings Inc., the travel reservation company, has gained 7,700% (!) since a reverse split in 2003.

Alas, it’s common for the shares to continue falling, because management is effectively sending a signal they don’t expect the stock to recover by itself and have run out of ideas to fix the problem. A reverse split can also attract short-sellers and cause a further reduction in trading volumes and liquidity, because there aren’t as many shares outstanding.

Look at SPAC-listed Hippo Holdings Inc. which completed a 1-for-25 reverse split in September: the loss-making insurance tech company’s share price has since slumped by 20%, whereas the Nasdaq has risen slightly.

Many firms that reverse split aren’t viable in the long run and either get acquired, go bankrupt or fail to meet listing requirements. Stock prices are often low for good reason. Investors who ignore that signal do so at their peril.

To contact the author of this story:
Chris Bryant at [email protected]