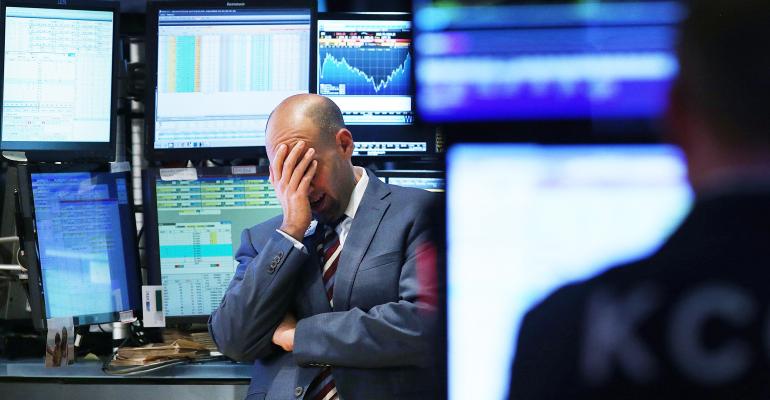 The demand to demostrate a market failure puts too much burden of proof on advocates of intervention.

(Bloomberg View) --Lots of economic policy debates end up going like this: First, one economist or policy wonk will propose a government intervention -- a minimum wage increase, a tax on sugar or subsidies for solar electricity. Another person, usually someone of a more free-market bent, will demand to know exactly which market failure justifies the intervention. A market failure, in the parlance of economics, means a situation in which free markets produce wasteful outcomes. If the advocate can’t produce a theory justifying the policy, the critic claims triumph. If the advocate can find a theory that seems to support the intervention, the critic will typically then criticize the assumptions of the theory. Since most econ theories are highly stylized and have questionable ability to fit the facts, this means that free marketers claim victory quite a lot.

The demand to demonstrate a market failure isn’t fair, because it puts too much burden of proof on advocates of intervention. But it’s often rhetorically effective, because of two sociological quirks. First, many people assumes that free markets are the natural state of things. The flow and bustle of the business world seems much like a jungle, while government action feels forced and artificial. Government interventions can seem a lot like medical procedures. And of course it makes sense for doctors to diagnose an ailment before they start prescribing treatments. The medical rule of first, do no harm is a good one because nature has had millions of years to turn human bodies into self-correcting systems. That principle also makes sense for human societies tampering with natural environments.

But economies are a little bit different from natural ecosystems or the human body. Where the latter is the result of evolution, economies are defined by systems of rules, made by human beings. In some cases, those systems appear to lead to a lot of wealth and prosperity -- the U.S., Japan and much of Europe, for instance. In other cases, as in many poor countries, markets are dysfunctional, inefficient and fail to produce growth. We can’t always know why.

Because the economy is to a large extent a human construct, there’s reason to believe that we should always be tinkering and trying to improve it. Think of the economy as somewhere between a jungle and a factory -- the latter is something that can almost always benefit from intentional improvement.

The second sociological quirk behind the show-me-the-market-failure argument is the econ profession’s lingering fetish for theory. There’s a shift underway from what labor economist David Card calls mathematical philosophy to a more data-focused discipline, but theory is still far more privileged and prized in economics than in many natural sciences. The insistence on citing a theory can be a sort of measuring contest.

In fact, economic theory suggests that real-world markets are probably a dense thicket of market failures -- asymmetric information, limited enforceability of contracts, incomplete markets, externalities, public goods and human irrationality. Often, one policy is needed to correct for the failings of another -- a phenomenon economists call the theory of the second-best. It can be politically easier to patch the system up than to overhaul it entirely.

But these theories are usually highly abstract. In order to make the math work, economists simplify their models so much that it can be hard to apply the theories to specific cases -- they end up being more like parables. That’s why when free-marketers demand to see a theory supporting a particular intervention in the real world, they’re making what usually amounts to an impossible demand.

So I propose we minimize our use of the show-me-the-market-failure argument. Sometimes there are policies that people have tried in the past, which seem to work even though it’s hard to tell exactly why. Public education is a great example. It seems to make economies more prosperous, and most economists support it, but no one can point to just why the free market doesn’t educate enough people on its own. Road-building is another -- there are essentially no countries with mostly private high-quality road systems, and economists struggle to explain why.

We know these government interventions work; figuring out why they work is a task for the future. Like the people who chewed tree bark to relieve pain long before the discovery of aspirin, or the engineers who used lithium-ion batteries without quite understanding the physics, sometimes it pays to go with evidence even before you have a theory in hand.