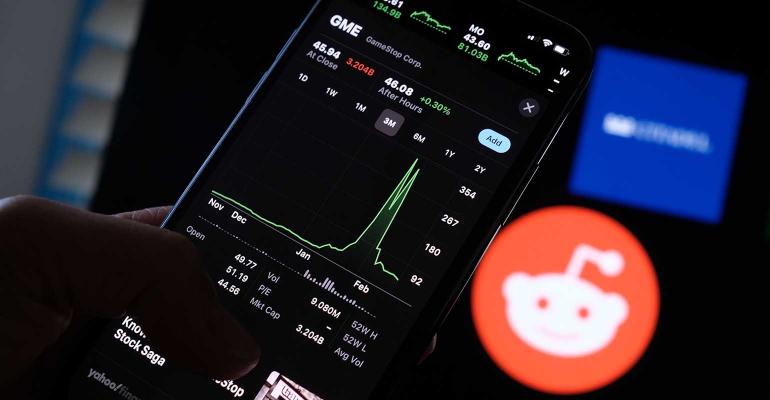 Retail Investors Are an Enigma for Many Wall Street Pros

Investing isn't about retail versus institutional investors, but rather about allocating capital to the most promising companies that can use it judiciously and effectively.

For decades, both Wall Street insiders and laypeople have thought the investing and wealth management world was dominated by sophisticated professionals backed by billionaires and hedge funds. That might have been true in the past, but, recently, decentralization is starting to turn that on its head.

Thanks to the emergence of unregulated cryptocurrencies like Bitcoin and Ethereum, the meteoric rise of “meme stocks” like GameStop and AMC, and the increased trading access offered by platforms like Robinhood, individual investors have more skin in the game than ever before. And though career investors like to think their retail counterparts are hopelessly outmatched, data shows the little guys and gals are doing rather well.

So are retail stock investors any match for the pros? Sometimes, the answer is a resounding “yes.” Goldman Sachs analysts compared a collection of individual investor equities with a portfolio owned by hedge funds and found the mom-and-pop investor crowd had earned a 61% return, significantly outpacing the latter’s 45% gain. Only time will tell if that trend has any staying power, but considering the fact that a significant majority of Wall Street professionals have failed to outperform the market since the 2008 recession, it should at least be enough to raise eyebrows.

As individual investors look around and see the successes of some of their peers, it’s no surprise that more people are piling on the bandwagon. In a 12-month span beginning March 2020, the number of funded Robinhood accounts increased by 151%, from 7.2 million to 18 million. Not everyone is happy about the new entrants in the space, however, and according to billionaire Leon Cooperman, individual investors are in for a rude awakening. Referring to the actions of retail stock investors as gambling and rampant speculation, he predicted to CNBC that “this will end in tears.”

These types of cautionary predictions from incredibly wealthy individuals, bankers and hedge fund managers only add fuel to the David vs. Goliath story that’s been told time and time again, perhaps most notably on the Wall Street Bets subreddit. Indeed, the unprecedented squeeze retail investors put on GameStop in early 2021 cost short-sellers as much as $6.3 billion, with at least two hedge funds suffering massive losses. In this particular case, it might have been retail versus institutional investors, and what amateur traders lacked in experience and assets, they made up for in numbers. Is that a viable long-term strategy? Probably not, but only time will tell.

What If Everyone Wins?

Ultimately, whether professionals or retail stock investors bring home more bacon doesn’t matter much, because democratizing access to tradable assets is better for society as a whole. Those who can’t afford to trade in large blocks still deserve to benefit from the asset appreciation that happens in the market, and I would argue that everyone benefits when investments by these individuals help them reach their financial goals—whatever those goals might be.

According to Devie Mohan, founder of Burnmark, the demographics of retail investors have undergone a major transformation in just the last five years. Spurred on by technology like cryptocurrencies, commission-free trading platforms and affordable investment advice from robo advisors, a younger, gender-balanced and more diverse population has been able to put its money to work. These individuals are bringing their own interests and ideas to an old industry that could probably stand a little evolution.

Some of those interests involve environmental, social and governance issues. A study involving participants in a pension fund in the Netherlands found that nearly 68% of participants put their money where their mouths were when they voted to increase the fund’s involvement in sustainable investments. Investment in untraditional assets like nonfungible tokens has also been spurred by retail investors. That interest, which reached a dizzying level when digital (and therefore entirely replicable) pieces of art began to sell for millions of dollars, has been enough to prompt organizations like the NBA and corporations like Visa to enter the space. Clearly, retail investors unbound by the age-old standards and practices of traditional financial institutions can help point the way forward, but they too should learn to proceed with caution.

Hedge funds weren’t the only losers in the GameStop mania, and many retail investors learned the hard way that diving into a feeding frenzy is a great way to get bit. Artificially inflating trading volume by encouraging others to trade an asset might also amount to market manipulation, which erodes the integrity of capital markets. Trades coordinated across social media or by other means can cause wild fluctuations in a firm’s stock price, sending it up or down without any clear tie to the organization’s performance.

As retail investor trading volume increases, it’s important for all market participants to remember that it’s not about retail versus institutional investors. Instead, investing is about allocating capital to the most promising companies that can use it the most judiciously and effectively. From the retail investors in stock market group chats to the Warren Buffetts and Ray Dalios of the world, investments should be made thoughtfully and with an eye toward creating real value.

Dan Conner is the general partner at Ascend Venture Capital, a micro-VC in St. Louis that provides financial and operational support to startup founders looking to scale. Conner specializes in data-centric technologies that enable the future states of industries. Before founding Ascend Venture Capital, Conner worked on the operations side of high-growth startups, leading teams to build scalable operational and financial infrastructure.