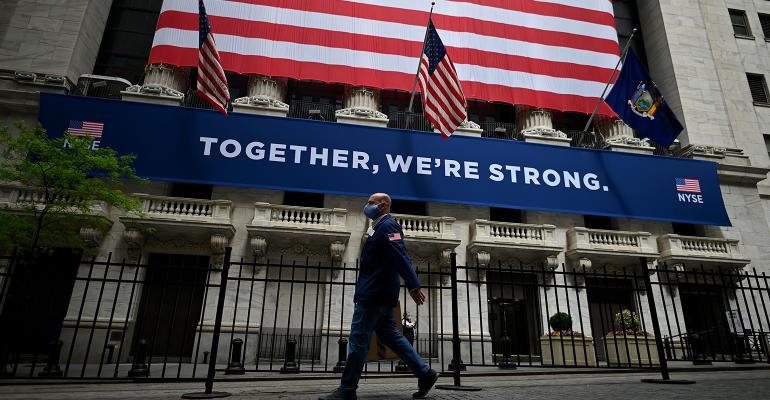 Recession? Over. Now It's About Jobs and Growth in U.S. Equities

We basically experienced four years of market action over the last four months, and a lot of investors are struggling with the divergence between a failing economy and rising financial markets.

It is hard to believe we are more than halfway through one of the most tumultuous years for the U.S. stock market and the American economy. Market moves in the first half of 2020 were among the most rapid ever: it took only 22 days to end the longest bull market on record, then 15 days for the latest bear market to run its course.

No one predicted as we entered 2020 that the U.S. economy would lose 40 million jobs in the space of four months – and meanwhile the NASDAQ would soar more than 17 percent. We basically experienced four years of market action over the last four months, and a lot of investors are struggling with the divergence between a failing economy and rising financial markets.

A lot of investors are asking: is the recession over? Yes, it is, very much indeed. That is one reason why the stock market has risen so substantially. Given the mechanical nature of the shutdown and reopening of the economy, the drop has been put in, economically speaking.

We are focusing on where the economy can ultimately come back online. Most people look at headline jobs reports for where the labor markets are. In June, it was a blockbuster number, 4.8 million jobs added, after 2.7 million jobs were created in May – huge upside surprises.

Employment fell sharply because of the shutdowns, but positive activity came on very quickly. Many workers transitioned back into their jobs because of the federal paycheck protection program grants to small businesses. But those easy gains in the job reports do not necessarily reflect the true weakness in the U.S. economy. What matters most is weekly jobless claims.

Those numbers have been spiking – jobless claims announced July 23 were 1.4 million. That is great compared to late March, with claims closer to 7 million, but 1.4 million still doubles the previous record from 1982. Jobless claims are now rising for the first time since March. Many of these job losses will be permanent, rather than the temporary varieties of April and May.

With 1% of the workforce being laid off, four months into the pandemic, this is genuine economic weakness. It really could be a sign that small businesses are shuttering their doors, while larger businesses are taking steps to stay lean. Many lost jobs are governmental, from states and municipalities trying to grapple with lower revenues amidst economic uncertainty.

For the economy to ultimately recover, weekly jobless claim numbers must drop into an average recession range, around 500,000-700,000. Remaining in the 1 million-plus range for the next month or more would be a very bad sign for a hangover longer than consensus estimates.

This may be a choppy, range-bound market, but we do not expect another major drawdown thanks to excess liquidity. The economy will continue to struggle to come back and try to reach its pre-COVID heights. One good sign is U.S. retail sales are almost back to pre-pandemic levels. That is really important.

We could see a value rotation over the next three to six months as investors start to price in momentum. But given the likely slowdown of the dog days of summer, and potentially at the end of the fourth quarter, it could stay a growth-oriented marketplace.

We believe growth stocks likely will remain the preferred measure of the markets longer term.