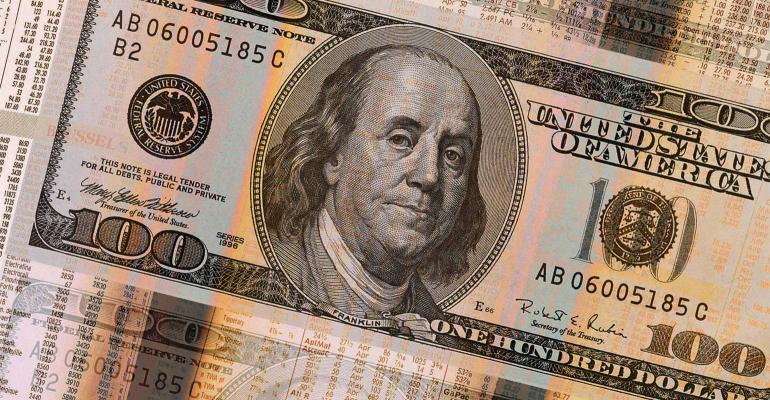 New private equity funds for accredited investors are gaining some traction, but some advisors are skeptical.&nbsp;

“The guys at Blackstone Group are smarter than all of us put together,” he recalls thinking. After all, these were the private equity specialists who could turn bricks into diamonds. Why would they want to sell part of their company to retail investors unless they were sure they were getting the better part of that deal?

“They had been in a partnership forever, and now they’re saying, ‘Hey all you idiots out there, here’s a piece of our pie.’ I thought they’re cashing out,” Ahmed says. “And lo and behold, we were nearing the very top of the market at the time.”

So it’s with equal skepticism that Ahmed greets the recent trend among private equity firms to sell slices of their investment funds to investors outside of the traditional limited partnership structure.

Several private equity firms have in recent months launched or developed funds for a wider pool of accredited investors through a regulated company structure. The funds are a hybrid between a mutual fund and a private placement, offering quarterly tender offers with a 1099 tax treatment and minimum investments of around $25,000 to $50,000. The fund must file a public prospectus, just like a mutual fund, and semi-annual reports showing their financial data.

Some of the more prominent private equity funds to register the structure include Pomona Capital, Carlyle, Pantheon and Partners Group. The CPG Carlyle Private Equity Fund, launched in 2013, raised about $718 million in net assets (as of September 2015). Newer players like iCapital Network, a private investment due diligence provider, has been in talks with a large asset manager to develop a private equity product for accredited investors.

Some advisors are skeptical: While these funds have a bit more liquidity than traditional private placements, it’s not much. And fees can be high. (See chart.)

“When you have things that were usually the bread and butter of the rich now coming downstream, it may be either desperation at the top—‘we got to bring in more people into the tent’—or it could be that we have reached the silly season and anybody will jump into anything,” Ahmed says.

The Rise of RICs

Partners Group was the first to debut a fund aimed at accredited investors with its Partners Group Private Equity fund, launched in 2009.

“That was the first of what is now a growing market of similar funds,” says Robert Collins, managing director at Partners Group. “You have an asset class that has been significantly important for many large institutional investors, but it was never really thoughtfully structured and delivered for smaller institutional clients and private clients. That's what we set out to do, and we were asked by our RIA clients all the way back in 2007, ‘How can you address all of those challenges so we can actually incorporate a private equity allocation for all of our clients?’”

Other firms followed suit: Carlyle in 2013, Pomona with its Pomona Investment Fund (distributed by Voya Financial) last May, Altegris and KKR with the Altegris KKR Commitments Fund last April, and Pantheon and AMG with the AMG Pantheon Fund last November.

Partners Group has about $685 million as of last September. In its first six months, the Pomona fund gathered nearly $54 million.

Many firms are getting into the space to diversify their investor base beyond large institutions, and for them, the accredited investor is an untapped market, says Scott Welch, chief investment officer of Dynasty Financial Partners, which is reviewing the funds.

“I would be surprised if you don't see more structures like this coming to market from some of these larger shops who are trying to tap into that demand for private investments for non-qualified purchaser investors,” Welch says.

“We see public equity returns of 4 to 5 percent on a nominal basis, and we think having the ability to potentially double that can be a huge benefit,” says Eric Bundonis, portfolio manager and director of research and sourcing at Altegris.

Dynasty has partnered with iCapital Network to give its advisors access to private equity and hedge fund managers; iCapital provides fund due diligence, an automated subscription process and administrative support.

iCapital is currently using a feeder structure to get access to these private investments; the firm aggregates investors’ capital and then invests it in the underlying general partner fund, where iCapital becomes the limited partner on behalf of the investors. Individuals can get in for as little as $100,000 per fund. Currently the feeder structure is for qualified purchasers only—someone who owns at least $5 million in investable assets.

Lawrence Calcano, managing partner, says the company is actively looking at developing an accredited product. It might not necessarily be in the form of a RIC (regulated investment company), however.

Calcano has an issue with how expensive existing accredited offerings can be; while their absolute returns are high, the expenses—especially those associated with the provision for liquidity—create a lot of drag on performance. iCapital Network may work with an existing manager or create something new with a more reasonable expense load.

Artivest, another technology platform that provides alternatives to high-net-worth investors, also pools investors’ assets into a feeder fund. The feeder mimics the underlying fund in terms of fees, capital calls and the issuing of K1s. These funds are for qualified purchasers only, but the minimums range from $100,000 to $250,000, says Tom Gatto, director of distribution.

Since June, the startup has more than doubled the RIA assets that have signed up for the platform. Gatto says Artivest may add offerings for accredited investors down the road.

Despite some early success, the funds have risks and some advisors are skeptical.

“I prefer much more transparency and liquidity for my clients than private equity can offer,” says Elliott Weir III, founder and financial planning of III Financial in Austin. “Since most of my clients are either retired or financially conservative, the high risk/high reward proposition of private equity does not fit well.”

Stephen Barnes, head of Phoenix-based Barnes Investment Advisory, is skeptical that their returns, net of fees, would be sufficient to compensate the investor for the “substantial private equity risk.”

“We view private equity like we view hedge funds—something of a Groucho Marx club: The deals we can get into, we don’t want. The deals we want, we can’t get into,” he says.

The illiquidity is also concerning to some advisors. RICs are not obligated to give the investor’s money back, but most of them will typically try as long as the total number of redemptions in any given quarter is less than 5 or 10 percent of the pay limit in the fund, Dynasty’s Welch says.

“You don’t want to be in that conversation with a client saying, ‘What do you mean I can’t get my money out?’” Ahmed says.

One advantage of the RIC structure over a private placement is that it is a one-time investment, Welch says, whereas with traditional private equity, the investments are made over several years through a series of capital calls.

But the investment profile within a RIC is going to look different, and the returns lower than the limited partnership because the registered version needs to keep some percentage of the portfolio in cash to accommodate redemptions, Welch says.

The funds are expensive largely because in addition to the underlying manager fee, there is the fee charged by the sponsor and whatever fee the advisor tacks on.

“Whenever you create access vehicles into an underlying strategy, it's always going to be more expensive than going directly into the strategy,” Welch says.

Ahmed says his fellow advisors should be very careful when considering these investments; they fit a very narrow niche client and are difficult for the average investor, even a qualified investor, to understand.

He also believes it’s a bad sign for the markets overall when smart investors, like private equity firms, are looking to spread their risk out among a wider pool of smaller investors.

“If I start to see stupidity around me, that usually means the party’s about to end.”