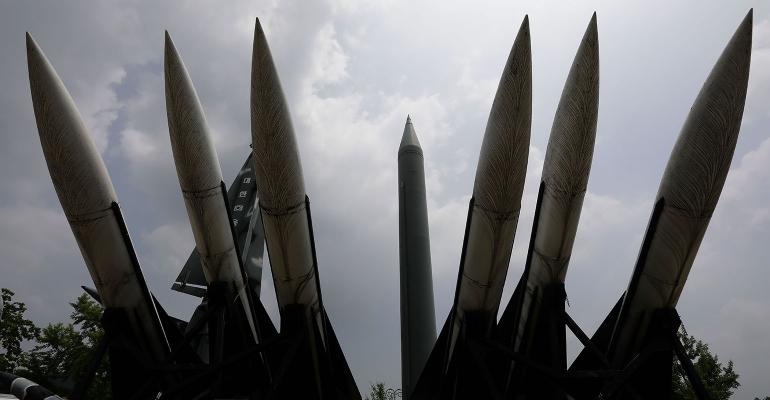 (Bloomberg) --“Anglo-Saxon political angst” is spurring a shift in investment from U.S. and British equities to Europe, according to the latest survey of fund managers by Bank of America Merrill Lynch.

Money managers of $587 billion polled from Aug. 4 to 10 cut allocations to the two nations to a post-financial crisis low, while boosting positions in European shares. They cite the risk of policy blunders by major central banks as their foremost concerns, followed by a bond crash and escalating tensions with North Korea. Cash holdings remained “stubbornly high” at 4.9 percent, according to the report published Tuesday.

The latest war of words between U.S. President Donald Trump and his North Korean counterpart over nuclear weapons has sapped appetite for American equities. Meanwhile, frayed confidence in the ability of U.K. Prime Minister Theresa May to negotiate Brexit has impacted the nation’s shares.

Here are three charts showing investors’ distaste for the U.S. and U.K. and preference for Europe.