/sites/all/themes/penton_subtheme_wealthmanagement/images/logos/footer.png
Recent
Recent
Eight Must Reads for the CRE Industry Today (May 26, 2022)
May 25, 2022
Cresset and Meristem Merge to Create $27B AUM Multi-Family Office
May 25, 2022
Know the Rules: State Residency and Taxation for Individuals, Trusts, and Estates
May 25, 2022
Boston’s Old Suffolk Downs Racetrack Begins Conversion to Massive Development
May 25, 2022
Featured
The 10 Best and 10 Worst States in Which to Retire in 2021
Jul 15, 2021
Poll: 15 Classic Books on Investing and the Markets
Apr 03, 2020
Fifteen Must-Listen Business Podcasts for Advisors
Aug 14, 2020
Celebrity Estates: Jay Leno and Planning for Classic Car Collections
Feb 22, 2022
Active Management Insights
brought to you by 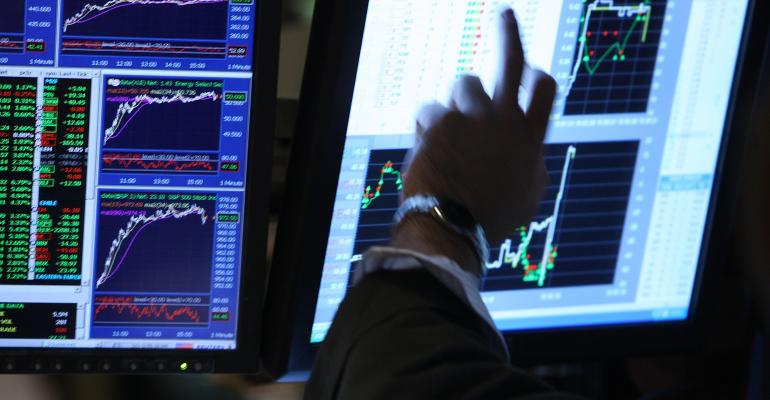 Picking Stocks Is Hard. It's Even Harder With Growth

It’s not clear that investors must pluck the next Facebook or Amazon to succeed at picking stocks. Perhaps there are more promising places to hunt.

(Bloomberg Gadfly) --Picking stocks is famously difficult. But just how difficult is one of the oldest arguments in finance.

Bessembinder looked at the performance of publicly traded stocks in the U.S. from 1926 to 2016 and discovered that most of them failed to keep up with one-month Treasury bills. In fact, Bessembinder found that only 4 percent of stocks accounted for all the net wealth created by the market during the period, and 50 of those stocks accounted for 40 percent of that net wealth.

As my Bloomberg View colleague Barry Ritholtz rightly pointed out on Tuesday, those numbers suggest that “hunting for the market’s biggest winners” is even more difficult than investors probably realize.

But it’s not clear that investors must pluck the next Facebook or Amazon to succeed at picking stocks. Perhaps there are more promising places to hunt.

I was struck by the fact that Bessembinder’s fabulous 50 stocks resemble a portfolio of growth stocks. Four of the five so-called FANG stocks are among them -- Facebook, Apple, Amazon and Google  parent Alphabet.

Also, while seven of the 50 no longer trade, the other 43 fetch prices befitting the most sought-after companies. They have a weighted average price-to-book ratio of 6.5, a price-to-earnings ratio of 33 and a price-to-cash flow ratio of 16.2. That’s higher than or equal to the same measures for the S&P 500 Growth Index, which has a P/B ratio of 5.5, a P/E ratio of 24.6 and a P/CF ratio of 16.2. It’s odd, however, that those 50 stocks were responsible for so much of the market’s wealth creation given that growth stocks have historically been poor performers. Consider that the Fama/French US Value Research Index returned 12.9 percent annually from July 1926 through 2016, including dividends, while the Fama/French US Growth Research Index returned 9.4 percent.

Bessembinder’s study doesn’t distinguish between growth and value stocks, but one possible explanation is that, among growth stocks, the losers more than compensate for the wealth created by the winners.

There’s some evidence for that proposition. Consider small-cap stocks, for example -- an obvious place to hunt because they represent a huge pool of potential future winners. Small caps have historically outpaced larger stocks. The Fama/French US Small Neutral Research Index returned 13.1 percent annually from July 1926 through 2016, while the Fama/French US Large Neutral Research Index returned 10.2 percent. But that premium for owning small caps was generated by value stocks, not growth. The Fama/French US Small Value Research Index returned 14.9 percent annually from July 1926 through 2016, while the Fama/French US Small Growth Research Index returned just 8.6 percent. The rolling 10-year returns for small-cap growth stocks were also persistently below those for value. Value investors Wes Gray and Jack Vogel have a similar hunch. They ran 1,000 simulations of randomly selected growth and value stock portfolios and measured their performance  using data from 1963 to 2013. They found that the worst-performing value portfolio beat the best-performing growth portfolio. They also found that the distribution of outcomes among growth portfolios was wider than that of value portfolios. Here, too, their simulations imply that picking growth stocks is more difficult than picking value stocks.

That may explain why some of the most revered stock pickers have been value investors. Warren Buffett, John Templeton, Peter Lynch, Bill Miller, and of course the father of value investing, Ben Graham, have all professed to pay close attention to stocks’ prices, among other factors.

Don’t get me wrong. I’m not suggesting that picking the winners is easy. But maybe some winners are easier to spot than others.