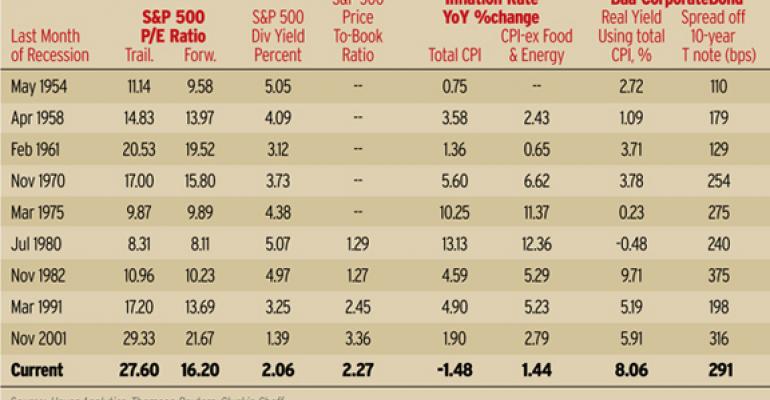 The 60-plus percent rally on the S&P 500 since the March lows has a lot of people wondering if it's still a decent time to buy.

The 60-plus percent rally on the S&P 500 since the March lows has a lot of people wondering if it's still a decent time to buy. Gluskin Sheff economist, David Rosenberg, says no way. He explains why in his daily “Breakfast with Dave” letter to readers on October 9, titled A “V”-Shaped Recovery: “On an operating (‘scrubbed') basis, the trailing P/E multiple on the S&P 500 has expanded a massive 10 points from the March lows, to stand at 27.6x. Historically, when the economy is taking the turn away from contraction towards expansion, which indeed was the case in Q3, the trailing P/E multiple is 15x or half what it is today (and that 15x is also calculated off [the] depressed earnings level of prior recessions — we have more on the historical comparisons below). While we will not belabour the point, when all the write-downs are included, the trailing P/E on reported earnings just widened to its highest levels in recorded history of nearly 140x, which is three times the levels prevailing during the height of the tech bubble.” And even based on one-year forward operating estimates, the P/E ratio is now 16.2, he says. “It is hard to believe, but the S&P 500 is actually trading at peak multiples.”