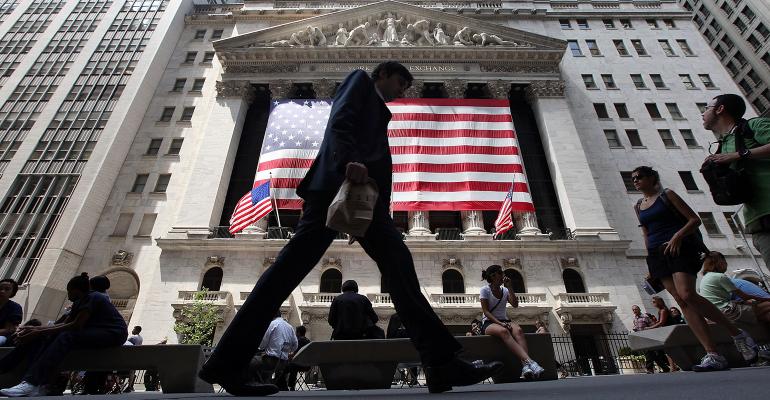 Nothing Is Spared in Selloff as Stock Downtick Index Hits Record

The S&P 500 Index fell more than 4%, declining for a third straight day in the longest losing streak since early March.

(Bloomberg) -- At the depths of Thursday’s stock rout, a second-by-second measure of investor selling registered its most extreme reading ever.

The number of stocks falling on the New York Stock Exchange exceeded those rising by 2,058 at one point, sending the NYSE TICK Index to a record low. It happened as the S&P 500 Index fell more than 4%, declining for a third straight day in the longest losing streak since early March.

The downturn comes less than a month after the TICK Index set a record high, but there were signs recently that pointed to the inevitability of a quick reversal. Measures of positioning looked stretched, technical gauges pointed to an overbought market, and retail investors were scooping up badly beaten down shares left and right. Previous equity bulls who called the stock rally began to dial back their optimism, concerned an S&P 500 up more than 40% had run too far too fast.

After two days of more modest declines, that pullback came sharply Thursday. As of 12:55 p.m. in New York, every stock in the Dow was lower. In the S&P 500, only seven stocks were trading in the green.

This isn’t the first time extreme TICK readings have appeared this year, but most thrusts have been in favor of buying. On May 18, there was a moment when the number of stocks rising on the NYSE exceeded those falling by 2,049, an all-time high. Today’s record to the downside out-paces even that.