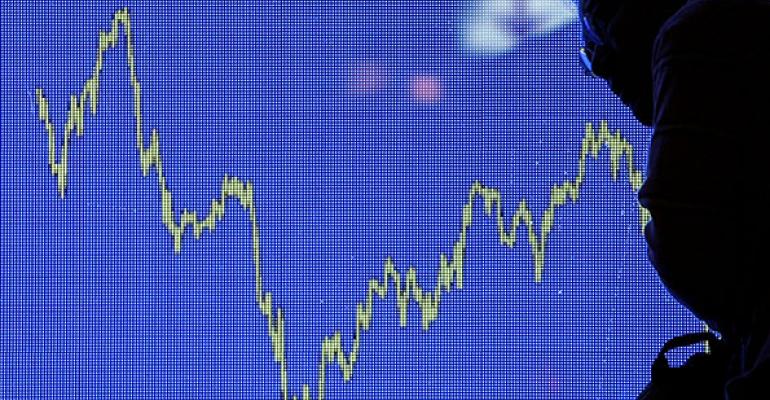 The Myth of Low Returns

Behavioral biases tend to pull down the “expert consensus” for annual market returns, and this year is no different. Here’s why the experts will be wrong again.

At the beginning of each year, a popular activity among investment professionals is to wax forth eloquently regarding the expected market return for the upcoming year. Current conditions and expected events are woven into a story that supports the prediction so that whatever the number is, it seems plausible. Investors, seeking to reduce uncertainty, are attracted to such prognostications.

For 2017 predictions are particularly low, often in a range of 5 percent to 7 percent. However, the experts have historically lowballed their forecasts. There is a behavioral reason for this; it is better to err on the upside than be wrong on the downside. So, experts shade their forecasts to the low side, driven by the well-known behavioral bias of loss aversion.

They also succumb to a confirmation bias. They feel more confident since they are saying the same thing as everyone else. Consequently, the group spirals down to ever-lower forecasts.

And the Answer is: 10 Percent

The table below shows that regardless of whether the previous year return was awful, wonderful, or simply run of the mill, the average return for the subsequent year is right around the 90-year average of 12 percent. If you take volatility drag into account, the expected compound return is 10 percent, the number we provide when asked our opinion regarding the upcoming year’s market expectation. Using the trailing year’s return in determining the year’s expected market return, as many investors and professionals do, is an example of an availability bias, in which decisions are made based on the information that is currently available. A false sense of certainty develops when information is easily obtained—even if it is not correct or useful. So those who focus on recent returns when expounding on their expected return are often wrong, but rarely in doubt.

But shouldn’t current economic conditions be considered when projecting market returns? To most, this seems obvious; so forecasts supported by current statistics are more believable than simply stating the expected return is 10 percent.

Let’s take a look at the evidence: the currently popular argument is that expected returns will be lower than the historical average because of weak economic conditions. This is a variation of the “This time it is different” argument so often bandied about.

But are things really different? The history of stock returns reveals that regardless of whether the economy was primarily agrarian (early to mid-1800’s), industrial (late 1800’s to mid-1900’s), or service/information (mid 1900’s to present), the average return has been right around 10 percent. The economy and market are amazingly resilient, pumping out the same average return no matter what is the main occupation of its citizens.

A particularly striking example was the 1930s and 1940s. What if I were to tell you that the next decade would see the worst depression in our history, with output declining 30 percent and unemployment reaching 25 percent. And the following decade would be dominated by a devastating world war during which 50 percent of the world’s production capacity is destroyed. Would you consider investing in the stock market for the next two decades? Probably not. But it turns out the average return during those 20 years was 11 percent, virtually the same as for the 90 years reported earlier.

Over shorter time periods, a wide range of forecasting methods and investment gurus have been tested and come up wanting. That is, currently available information like the price of oil, interest rates, money supply, employment statistics, GDP, inflation, and many others have proven useless for predicting returns. Which means those carefully reasoned forecasts that are so plentiful at the start of each year can safely be ignored when making investment decisions.

Further challenging the forecasting community, Robert Schiller, a 2013 Nobel Prize Laureate, shows convincingly that market volatility, as measured by standard deviation, has little to do with changing economic fundamentals, while having everything to do with investor emotions. So, subsequent deviations from expectations are unpredictable, as they are the result of collective emotional decisions.

So What Does Matter?

Long-term stock market returns have two primary drivers, underlying economic growth and investor emotions. The latter is the result of collective investor myopic loss aversion, a concept put forth by behavioral economists Shlomo Benartzi and Richard Thaler 20 years ago as an explanation for the equity premium puzzle. That is, most of the historical 6.5 percent equity premium (over Treasury Bonds) is an emotion premium rather than a risk premium.

The evidence supports not deviating from the long-term average based on current economic and market conditions when estimating the market’s expected return. A reliable measure of behavioral currents driving returns could be helpful, but barring this, estimating the market’s expected return is a rather boring exercise indeed: 10 percent. There is little reason to buy into the myth that average returns will be lower over the coming years.

C. Thomas Howard is an Emeritus Professor of Finance at the University of Denver and Chief Investment Officer at AthenaInvest of Greenwood Village. He is the author of Behavioral Portfolio Management.