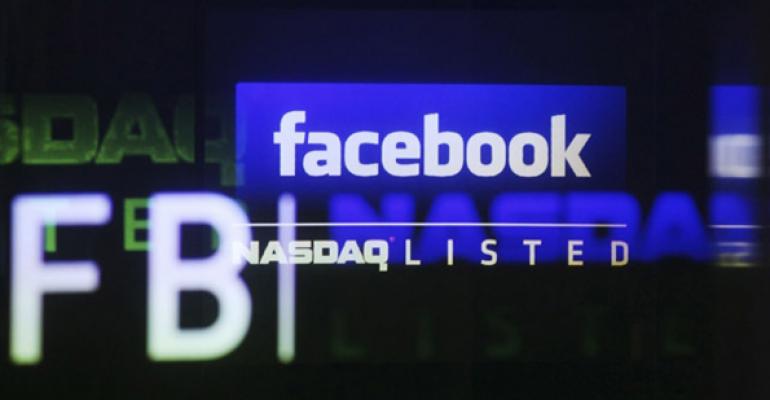 Morgan Now Says All Retail Clients Can Get Facebook Shares

Morgan Stanley clients had been clamoring for shares ever since the IPO was announced, but it was, until now, unclear who would be eligible to get them.

A couple of days ago, Morgan Stanley Smith Barney told its financial advisors that all clients who had expressed an interest in Facebook IPO shares should get some, within reason, according to financial advisors at the firm. It also set a maximum on the number of shares any single investor could receive at 500, though this went out the window Thursday afternoon, with some advisors getting allocations of 2,000 or more shares for certain clients. The minimum is one share.

The firm, which is the lead underwriter on the deal, made the fix to comply with wishes expressed by Facebook CEO Mark Zuckerberg that his company’s stock get into as many hands as possible, said the advisors. Facebook’s offering is expected to price today and begin trading on Friday.

Morgan Stanley clients had been clamoring for shares ever since the IPO was announced, but it was, until now, unclear who would be eligible to get them. Financial advisors said the new policy meant revising their allocation plans, going back and checking emails and documents about which clients had expressed an interest, and then notifying those clients that they are now eligible to receive shares.

“So what happened was, everybody had to get on the phone and tell clients, ‘There is a change of plan. We may be able to get you stock in the deal, and it would be worth filing paperwork to get it.’ We had to be careful not to tell anyone new about it though,” said one financial advisor. “I had maybe 20 or 25 people we had put in for originally, but now that number has grown to about 60. I looked back at all the emails and calls of people who had said they wanted in.”

How many shares an individual client gets still depends on whether he is a legacy Smith Barney or legacy Morgan Stanley client. Morgan has traditionally allocated shares to its best advisors, who can then choose which clients get shares and how much. Smith Barney allocates to its best clients based on a complicated formula involving how much syndicate they’ve bought in the past, among other things. Smith Barney will eventually switch to the Morgan Stanley method after the full integration of their platforms is complete.

“It’s an 11th hour thing. They were happy that they have better chance to get stock. Although some questioned whether they were going to get stock because it wasn’t a good deal.”

Still, the advisor said no one wants to go to the low end and offer a client a single share. “Most advisors would rather say, ‘You get nothing,’ because (offering just one share) is like a punch in the face.”

It remains to be seen if getting any Facebook shares at all will, in the long run, be a wise investment. The company recently increased the number of shares it was offering due to increased demand, even as General Motors recently announced it was pulling its advertising from the social media platform.