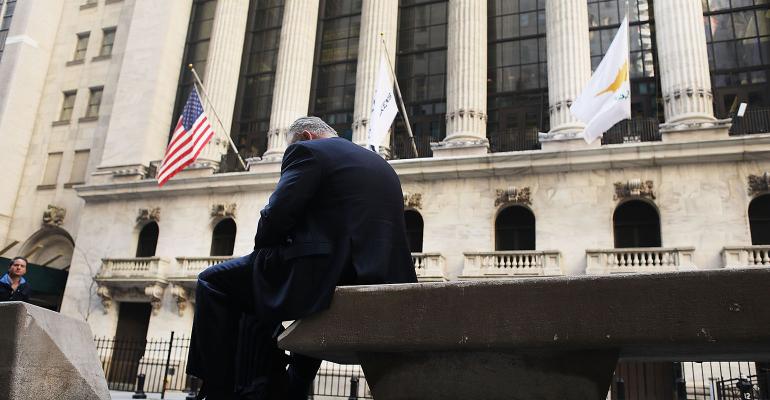 Markets Today Have Much in Common With 2007

(Bloomberg Prophets) --At first glance, the burst of volatility in 2018 is difficult to square with propitious micro and macro fundamentals. The backdrop is one of steady economic growth; strong corporate earnings; and low rates of unemployment, inflation and default. None of these is a departure from 2017, a year when the S&P 500 Index experienced the lowest level of realized volatility in more than 50 years. Why, then, were the daily swings in the index during the first quarter more than three times what they were during the fourth quarter?

Ten years after the financial crisis, there are important insights to be gained by studying the behavior of asset prices before 2008. It was in 2007 that cracks in the edifice of risk-taking began to emerge, even as the backdrop of economic and corporate fundamentals remained optically healthy. In April 2007, U.S. Treasury Secretary Hank Paulson said, “All the signs I look at show the housing market is at or near the bottom. The U.S. economy is very healthy and robust.” In June of 2007, Federal Reserve Chairman Ben S. Bernanke said, “Overall, the U.S. economy seems likely to expand at a moderate pace over the second half of 2007, with growth then strengthening a bit in 2008.”

In their benign pre-crisis economic assessment, policy makers failed to appreciate the fragility imposed by asset prices. In the years preceding 2007, a bull market in real estate not only made homeowners richer and more likely to consume, but also generated tremendous wealth through the industry of shadow finance tied to mortgage credit.

While every risk cycle is unique, an appreciation for the warning signs flashed by financial markets in 2007 even as traditional economic variables provided no such reason for caution should be a critical input for investors in 2018. In mid-2007, both the Bear Stearns High Grade Structured Credit Fund and the Sowood Alpha Fund failed spectacularly. The firms cited a breakdown in market liquidity as complicit in their demise. These unwinds were an early look at how exposed some large investors were to faulty assumptions about correlation, liquidity and mark-to-market risk in credit and mortgages. After many years of exceptional calm, investors simply misjudged risk because they failed to account for the role of asset prices as a destabilizing factor.

What is the lesson for today’s investors to heed? While the recent spike in equity-market volatility owes in part to trade war concerns, the amplified swings may also be endogenous to the market, generated by the testing of long held assumptions that investors have used to underwrite risk in the post-crisis era. Chief among these assumptions is the belief, reinforced by the data, in the “risk on/risk off” regime.

The cornerstone of this paradigm is the negative correlation of the returns between risk-free and riskier assets. For instance, since 2010, the daily correlation between the SPDR S&P 500 ETF and the iShares 20+ Year Treasury Bond ETF is negative 50 percent. But even though these ETFs are sharply negatively correlated on a daily basis, their prices have risen together: the annualized return since 2010 is 13.4 percent for the stock ETF and 6.5 percent for the bond ETF. Stock and bond prices don’t always move in opposite directions. A scenario in which rising yields on Treasury securities unsettles investors in equity and credit markets, as was the case during the 2013 “taper tantrum,” results in a joint sell-off in risk-free and risky assets. It should be remembered that the week prior to the Feb. 4 unwind of bullish bets on products tied to low volatility, the yield on the 10-year Treasury rose by 0.18 percentage point and the S&P 500 fell 3.9 percent as the market became concerned about faster inflation. For credit market investors, wider yield spreads that occur along with an increase in interest rates impose considerable loss of value. This can happen without any actual increase in the realized level of corporate defaults as investors respond to a heightened level of volatility that results from the change in correlation by cutting back on risk.

To be sure, market risk in 2018 is vastly different from 2007. But the long stretch of asset price expansion leading into each year is similar. Market dislocations in 2007 provided an important forewarning about the risks that would ultimately materialize from deteriorating asset prices. In 2018, with volatility up significantly and with the negative correlation regime between risky and risk-free assets in flux, investors should give as much weight to the study of asset prices and liquidity as they do to economic fundamentals.

Dean Curnutt is the CEO of Macro Risk Advisors, a firm that provides global market risk analysis and execution for institutional investors. He was formerly managing director and head of equity sales-trading at Banc of America Securities.

To contact the author of this story: Dean Curnutt at [email protected]