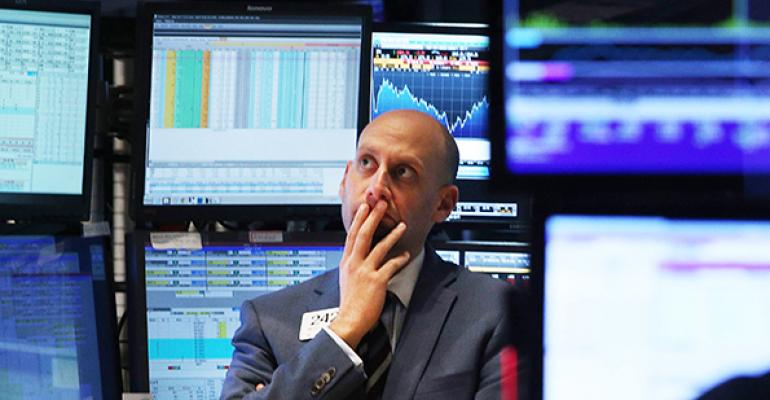 It certainly hasn’t been a quiet summer in the markets.  Even though we’ve anticipated a correction for the past year and a half, the reality is uncomfortable and unpredictable for many investors.   We see the markets struggling to find answers to three key questions: 1) When will the Federal Reserve raise rates? 2) How will China impact global growth? 3) Is the bull market over?  Here are my thoughts on these questions and why I believe this bull market isn’t yet over.

When Will The Fed Rates?

The Fed didn’t raise rates this past month suggesting global economic uncertainty had increased.  The global economic news is indeed mixed, as best exemplified in the recent Purchasing Managers Index (PMI) reports.  The most recent U. S. PMI came in at 53.1, which is in positive territory. Unfortunately some of the internals like New Orders, Exports and Hiring are showing weakness that may foreshadow poorer results ahead.  The EU PMI Composite at 52.0 was in line with expectations and points to continued expansion for Europe off its lows.  The China PMI was as 47.2 in contraction territory for the seventh straight monthly decline.  These reports highlight why our own Fed and global investors are struggling to build a high confidence economic outlook.  Still, we expect the Fed  to raise interest rates before year-end signaling confidence in the U.S. economy and increasing the Fed’s future flexibility.

How Will China Impact Global Growth?

Many worry that the slowdown in China may be much worse than suggested by official numbers and could bring the rest of the world into a recession.  Zacks’ Director of ETF Research,” Neena Mishra, recently offered useful insight into China’s current trajectory.  She reminds investors that for the past two years, the Chinese government has been implementing financial reforms, fiscal reforms and structural reforms aimed at sustaining long-term growth, but their application was bound to slow economic growth in the short term.  So far, China’s leaders have successfully slowed rapid credit growth and started to rein in the shadow banking sector.  Residential real estate investment has also purposefully slowed down.  In the longer term, these reforms are going to benefit the Chinese economy.  According to the Economist, mainstream consumers in China (those with enough money to buy cars, fridges and phones) made up less than a tenth of urban households in 2010; by 2020 they’re expected to make up over 50 percent.  As long as China remains committed to supporting their consumers and allowing more foreign companies to operate in the country, these reforms in the long run may help improve global growth and benefit many multinational companies.

Is the Bull Market Over?

In the United States,  total earnings for S&P 500 companies in the second quarter were down -2.1 percent from the same period last year on -3.4 percent lower revenues.  While this seems disturbing at first glance, the entire decline is due to the energy sector.  Excluding energy, total earnings for the S&P 500 would have been up +5.2 percent in Q2 on +1.3 percent revenues.  These results set the narrative for our current bull market with an economy that’s maturing and driving growth in some areas and contraction in others.  Even though energy weakness may be primarily politically driven, these kinds of mixed results often signal an aging cycle.  What does this mean for the stock market?  Historically, corporate earnings peak about a year before the stock market has peaks and at least 18 to 24 months before a recession starts.  Within this context, we’re likely experiencing a typical market correction and the bull market for stocks may continue for some time to come.