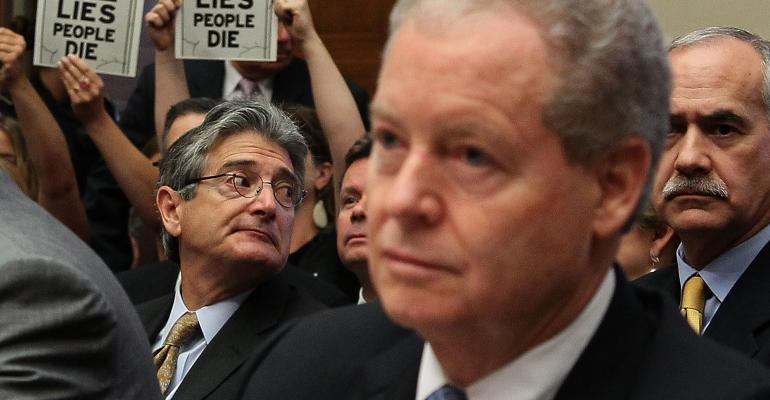 If a company your clients are investing in is doing the following, it may be worth another look at their portfolio.

Selecting companies to invest in is no easy feat. As an investor, you want to be sure that the company’s executives maximize long-term, sustainable wealth for their shareholders. In fact, corporate directors are bound by fiduciary duties and standards which include acting to promote the value of the corporation for the benefit of its stockholders.

Today, many people approach investments by buying what they know. But just because the parking lot at your favorite retail store has cars packed to the brim whenever you visit, doesn’t mean that it’s necessarily a good investment. It’s more important to look for strong businesses with a competitive advantage and lasting value.

However, there are certain actions of a business that you should look out for to ensure what they’re not doing. If a company you are investing in is doing the following, it may be worth another look at your portfolio.

1. They have a high level of acquisitions. It’s important to keep an eye on companies that make a lot of acquisitions and then break apart and sell off pieces of the acquired company. In these instances, the company is churning assets to create the impression of value, but is just manufacturing short-term shareholder value. In the long term, it is unlikely to benefit shareholders.

Before retiring in 2012, ConocoPhillips’ CEO James Mulva took on debt to buy assets around the world. While the claim was that this debt would produce long-term returns, the company was borrowing in a higher rate environment to create assets for the future, only to spin them off to cover their debt. In the process, they sold some assets with the best long-term prospects. This practice manufactured short-term earnings and growth forecasts for the company, leading to greater bonuses and stock rewards for management.

However, this is not to say that any acquisition is a red flag for investors. Companies with distinct strategies can make great acquisitions that provide a real return on value.

Insider shareholder activity can also provide insight into whether an executive views their shares as undervalued. When an insider buys shares, this indicates that they think the shares are undervalued. However, selling shares is not the juxtaposition to buying shares. An executive selling shares doesn’t necessarily think the company is overvalued, they may just need the capital.

3. Executives put their own interest ahead of the company’s. Some of the worst offenders are executives who knowingly and purposefully use capital in a way that is contrary to the interests of their shareholders.

In one such example, the late Aubrey McClendon was outed as CEO of Chesapeake Energy after a series of conflict-of-interest allegations for giving himself personal access to the most choice oil and natural gas leases up for bid. McClendon had negotiated a deal that let him buy stakes of up to 2.5 percent in wells the company invested in, and he borrowed more than $1 billion from outside lenders to do so. He did this ahead of the interests of the company and its shareholders.

Conflicts of interest are not always so blatant, but there are steps that investors can take to make sure that management is acting in their best interests.

To monitor potential issues, investors can take part in regular conference calls the company holds and should review previous annual reports and CEO letters to shareholders. Then, look at where they are today and if they were honest and transparent and continued on the path they laid forth.

Chase Hinderstein is a Senior Vice President and Senior Portfolio Manager with The Wise Investor Group at Baird in Reston, Va.