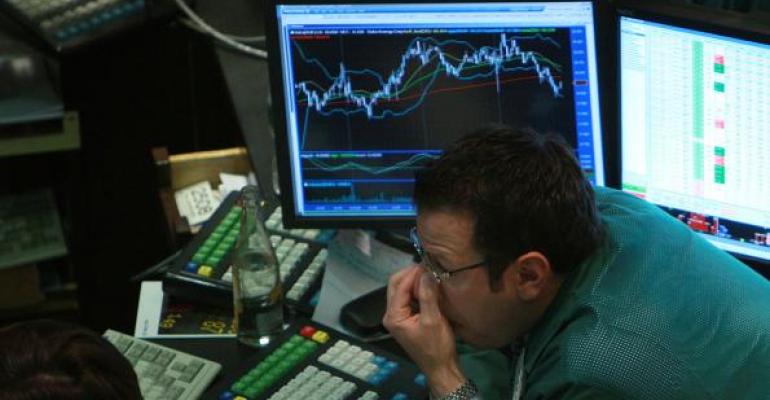 (Bloomberg) -- To hear analysts tell it, the earnings recession is about to reach 18 months. Given their near perfect record of underestimating corporate profits, they’re probably going to be wrong.

While analysts predict net income for S&P 500 Index members fell 1.6 percent in the July-September period, the expected rate of decline is so small that it will almost certainly evolve into a gain when companies are done beating estimates. For equity bulls, that couldn’t come at a better time, as history shows that breaks in such slumps usually precede some of the stock market’s strongest periods.

The impact of earnings on share prices has never been clearer than in the last 18 months, a stretch in which the annualized return of the S&P 500 plunged to a fraction of the 20 percent during the bull market’s first six years. The profit recession has been accompanied by three of the biggest eruptions in equity volatility ever recorded, two corrections of 10 percent, and left valuations at the highest in more than a decade.

“We see a lot commentators talk about the probability of an economic recession increasing for the next year, but we still think we’re more in the mid cycle than late cycle,” said Jon Adams, a portfolio manager at BMO Global Asset Management in Chicago, where the firm oversee $233 billion. The potential for continued economic expansion “supports higher earnings,” he said.

On the surface, the third quarter is shaping up as another period of contraction in net income, with analyst estimates turning negative in August and growing progressively more pessimistic in recent weeks. At the same time, U.S. companies have exceeded those forecasts by an average margin of 3.6 percentage points in the past five years. Add that in, and the predicted slide turns into growth after all is said and done.

A snap-back in profit would suggest the weakness in corporate America will be transitory, as opposed to a warning signal about the strength of the overall economy. While the depth of the earnings recession is shallow, it ranks among the longest in history. Since 1936, S&P 500 profits suffered declines of five quarters or more nine times, with two-thirds associated with economic recessions, data compiled by S&P Dow Jones Indices and Bloomberg show. And out of all 13 economic contractions, only four occurred without a bear market.

For investors looking for evidence the S&P 500 can push the bull market into a ninth year, an end to the profit slowdown bodes well. Among the nine instances when companies emerged out of prolonged sluggishness, stocks posted gains in all but two. The S&P 500 rose an average 12 percent over the following year, compared with an annualized return of 6.3 percent in the past eight decades. On the three occasions when the earnings contraction wasn’t accompanied by an economic recession, as is the case now, stocks rallied an average 13 percent.

Strategists remain cautious in their outlook for the S&P 500, which closed Friday down 0.7 percent for the week to 2,153.74 -- less than 2 percent below an all-time high. The average of 19 forecasters surveyed by Bloomberg has the index adding less than 1 percent by the end of this year, while the four that have made projections for next year see a gain of about 8 percent.

Alcoa Inc. kicks off the reporting season Tuesday, followed by JPMorgan Chase & Co. on Friday. Financial firms in the S&P 500 are projected to do best among 11 groups, with earnings growth of 4 percent in the third quarter. Stripped of their influence, the profit contraction would reach 2.7 percent. Energy producers are the biggest drag on earnings, forecast to see a 67 percent retreat. Without them, net income at S&P 500 companies would reach 1.6 percent, according to data compiled by Bloomberg.

Those figures come before factoring in the consistent ability of chief executive officers at large caps to beat estimates -- since 2010, members of the S&P 500 have topped projections by at least 1.6 percentage points in all but two quarters, data compiled by Bloomberg show. If the rate of outperformance holds to the long-term average, the earnings recession will end.

While the bar has been lowered enough for companies to exceed, investors hoping that any acceleration is preordained may be disappointed, according to Julian Emanuel, a strategist at UBS Group AG. Analysts tracked by Bloomberg project profits to expand 6.3 percent in the fourth quarter before rising almost 14 percent in 2017, which is unlikely given economist forecasts for gross domestic product growth of about 2 percent next year.

Despite a persistent narrative that it’s been Federal Reserve stimulus alone driving the 7 1/2-year rally in U.S. stocks, one indisputable fact is that a doubling in corporate profits has underpinned the second-longest bull market in history. Bolstered by an increase in annual profits from $61 a share in 2008 to a record $120 in 2014, the S&P 500 more than tripled at its sixth anniversary, exceeding the 2007 peak by a third.

Since then, net income has slipped, but at a rate that’s less than half the size of the last three similarly long stretches. At the same time, there have been five shifts in volatility where realized swings in the S&P 500 surged from low levels -- as many as occurred in the prior two decades, according to data complied by Deutsche Bank AG and Bloomberg.

Rising valuations -- at 20 times earnings, the S&P 500 trades almost 20 percent above its 10-year average -- have given bulls reason for pause, though one case that favors equities is their relative attractiveness to the bond market. In the Fed model that plots earnings yield against 10-year Treasury payouts, the S&P 500 is currently cheaper than it has been 84 percent of the time since 2000.

Anticipating robust expansion eight years into a recovery is unrealistic, but investors rattled by the volatility and high valuations would welcome any sign of profit growth, according to Wade Balliet, chief investment strategist at Bank of the West in Denver, where the firm oversees $10.9 billion.

“We’ve had a dip off the peak, and now we’re back to more sustainable levels from an earnings standpoint,” said Balliet. “Even flat growth now could be a positive sign that we continue to chug along and companies are still profitable. If we see things are slowly eroding, that could be the recipe for bears.”