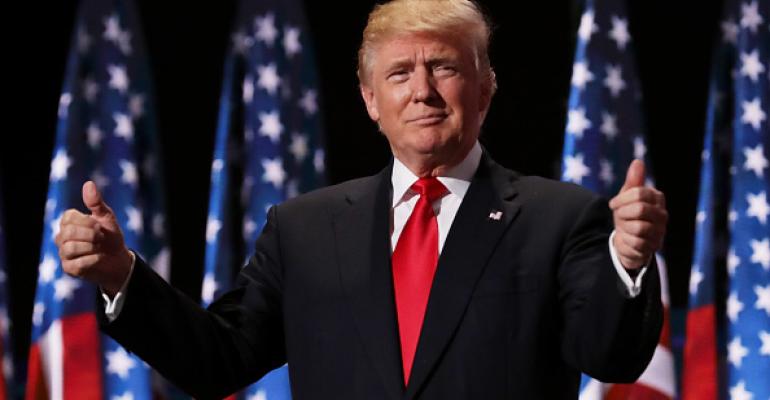 This Little-Known Tax Proposal Takes Aim at Your Trading Account

First in, first out proposal has brokers urging clients to sell before the end of the year.

(Bloomberg) --Making money in the stock market could get more expensive.

The U.S. tax overhaul may severely limit investors’ ability to minimize capital gains on stock -- driving up the taxes they’d owe if the Senate gets its way. That chamber’s version of the bill mandates investors with taxable brokerage accounts sell shares they’ve owned the longest first, a method known as “first-in, first-out,” or “FIFO.”

The proposal is among dozens of credits and deductions for individuals Congress is seeking to eliminate to partially offset the cost of lower tax rates. Lawmakers have to make sure the 10-year cost of their tax plan stays below $1.5 trillion under Senate budget rules. The stock sale change would raise a total of $2.4 billion over the next decade, according to estimates by the Joint Committee on Taxation.

Under current tax rules, investors can choose which batch of a security to sell, allowing them to minimize taxes on gains. Consider an investor who purchased Apple Inc. shares twice -- in 1995 and in 2012 -- and then wanted to sell the stock today with the price trading near $170. The investor would pay far less in taxes by selling the shares from 2012, when Apple traded at an average of $82, than those from 1995, when Apple traded below $1.

“Brokers are going crazy with this change, urging their clients to sell, sell, sell," said New York-based tax and accounting adviser Robert Willens of the FIFO change. “The current rules allow investors the flexibility to choose which shares they want to sell, which they need to do for tax-loss selling.” This week Congress is likely to begin reconciling the House and Senate versions of the tax legislation. The FIFO provision was proposed by the Senate. The change stands to affect a wide range of investors from occasional traders and hedge funds to the largest family offices. The proposal exempts regulated investment companies, such as mutual funds and exchange-traded funds, a win for some of the country’s largest asset managers.

“The exemption would not apply to private funds” like hedge funds or other high-end investment pools, said Shlomo C. Twerski, a partner at Schulte Roth & Zabel in New York and co-head of its tax group.

It probably wouldn’t pass muster with the IRS to keep low-basis and high-basis shares in different accounts at the same broker, Nash said. But another workaround may be placing some stock in a family partnership, which is a separate tax entity, he said. Nash cautioned that such suggestions are preliminary given that the bill is in flux.

The capital gains change could inhibit charitable donations of stock, according to Douglas Evans, head of asset management at wealth advisory firm Abbot Downing in San Francisco. Current law gives investors an incentive to donate shares that would trigger a big capital gain if sold. This often benefits non-profits because a gift of stock might be worth $6,000 to an individual after taxes, but $10,000 to a charity.

“You’re taking away part of the incentive to give to charity, and you’re going to slow down the process," Evans said.

Amid such uncertainty, wealth advisers are modifying their year-end tax advice. Investors with the prospect of hefty capital gains are being advised to consider selling that stock now when they can better control the cost-basis, said Stanley Veliotis, a professor of accounting and taxation at Fordham University.

Willens speculated that the Senate might be trying to simplify investors’ taxes with the change. Still, he said: “People would be more than happy to go through the trouble of identifying which block of stock to sell in order to minimize their taxes."