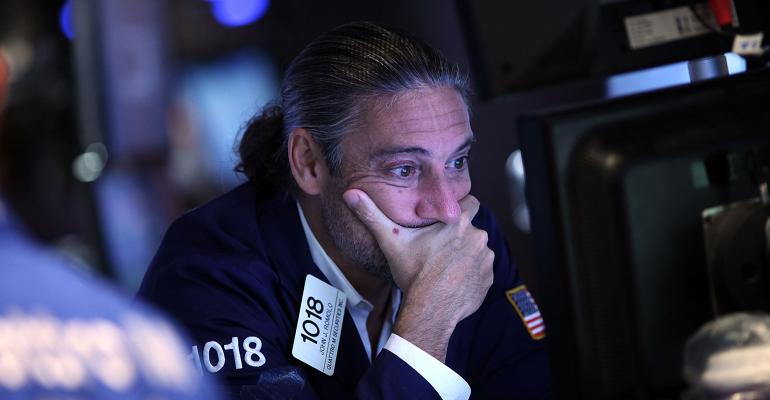 Latest Zombie Stocks Theory Asks Where Was the Momentum in Bonds

Equities were the only major asset where chasing momentum delivered positive returns.

(Bloomberg) --Following trends in the stock market had a great year in 2017, but don’t tell that to fixed income or commodity investors.

Equities were the only major asset where chasing momentum delivered positive returns. According to data compiled by Vanda Research and Societe Generale, the strategy enjoyed gains approaching 25 percent in stocks while suffering losses in investments from bonds to currencies. True, persistent gains made it more rewarding in sticking with winners in stocks. The S&P 500 reached 62 record highs last year, going longer than ever without a 3 percent pullback, while things like U.S. Treasury yields and crude oil were stuck in a multi-year trading range.

Vanda has a theory on what happened based on the type of money flows that drive asset prices. First, Eric Liu, head of research at the firm, divides investors into two groups: “real money,” represented by traditional money managers that pay attention to valuations and tend to go against the herd, and “ faster money," which includes exchange-traded fund and retail investors who like to partake in the hottest trade and care less about how much a security costs. In this conception, real money tends to suppress momentum, and faster money enhances it. And according to Vanda, one reason stocks enjoyed so much momentum in 2017 was because faster money was dominating equity inflows.

According to Federal Reserve data compiled by Vanda, mutual funds and pensions were net sellers in equities last year through the the third quarter while “faster money” were net buyers. That’s in contrast with the fixed income market, where both groups were buying. Should the theory hold true, equity momentum may not last this year. According to Liu, Donald Trump’s election worked as the “seemingly game-changing catalyst” for the performance-chasing mindset that’s further exacerbated by the growing popularity of ETFs and the FANG group of Facebook, Amazon, Netflix and Google’s parent Alphabet.

Not only does the market lack similar triggers, trend-following funds and retail investors now also appear to have reached elevated exposure to stocks, meaning the two likeliest sources of demand for equity momentum don’t have much money left to keep buying, he said.

“As captivated as most investors were of trend-following strategies last year, the outperformance of the momentum factor in 2017 was an anomaly in the post-crisis period,” Liu wrote in a Jan. 2 note to clients.