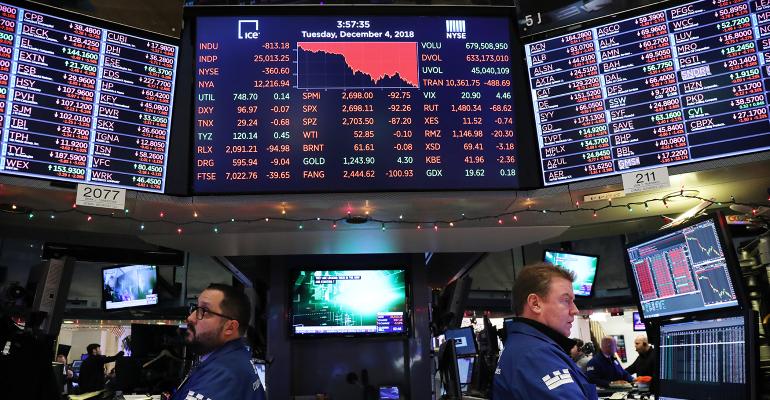 It's the Worst Time to Make Money in Markets Since 1972

Not one asset class -- from bonds to U.S. and international stocks to commodities -- are on track to post a return this year of more than 5 percent.

(Bloomberg) --Market statisticians are falling over each other in 2018 to describe the pain being felt across asset classes. One venerable shop frames it this way: Things haven’t been this bad since Richard Nixon’s presidency.

Ned Davis Research puts markets into eight big asset classes — everything from bonds to U.S. and international stocks to commodities. And not a single one of them is on track to post a return this year of more than 5 percent, a phenomenon last observed in 1972, according to Ed Clissold, a strategist at the firm.

In terms of losses, investors have seen far worse. But going by the breadth of assets failing to deliver upside, 2018 is starting to look historic.

Nothing’s working, not large or small-cap stocks in the U.S., not international or emerging equities, not Treasuries, investment-grade bonds, commodities or real estate. Most of them are down, and the ones that are up are doing so by percentages in the low single-digits.

That’s all but unique in history. Normally when something falls, something else gains. Amid the financial catastrophe of 2008, Treasuries rallied. In 1974, commodities were a bright spot. In 2002, it was REITs. In 2018, there’s nowhere to run.

“Overhanging the markets have been concerns over how asset prices would handle the removal of ultra-easing monetary policies,” Clissold, chief U.S. strategist at Ned Davis Research, said in a note published last week. During previous instances of market turbulence, “there was a bull market somewhere.”

The Federal Reserve has hiked rates eight times since 2015, and policy makers in Europe and Japan are slowly winding down their accommodative programs. That along with global growth concern has soured investor sentiment across the board.

This week, optimism over a temporary trade-war truce between the U.S. and China proved short-lived as concerns from Brexit to a flattening yield curve to a global growth slowdown took hold. Tuesday, the S&P 500 Index posted its fifth drop of more than 3 percent this year.

All told, the S&P 500 Index is up 1 percent for the year and U.S. investment-grade debt has lost 1.6 percent. Developing-nation stocks have dropped 12 percent, while the Bloomberg Barclays Long Term U.S. Treasury Total Return Index is down 6.4 percent.