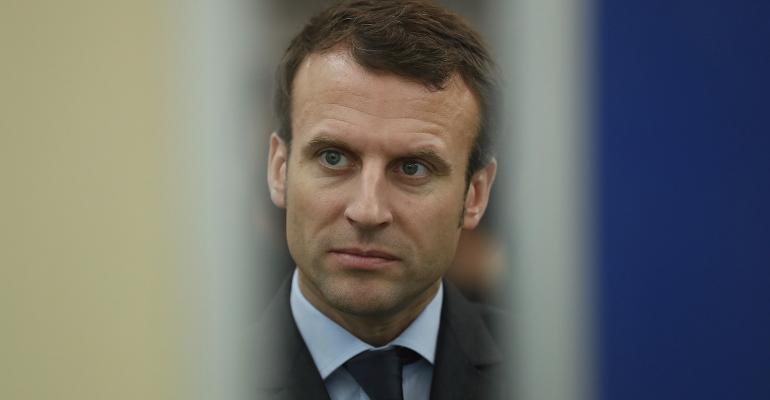 Investors Are Pouring Money Into European Stocks Like It's 2015

Investors poured $2.4 billion into European equity funds in the week through April 26, the most since December 2015, according to EPFR Global data.

(Bloomberg) --The evaporation of political risk in Europe is seeing money managers rush into the region’s stocks at a clip not seen since the year the equities last surged to an all-time high.

Buoyed by relief over the outcome of the French first-round vote, investors poured $2.4 billion into European equity funds in the week through April 26, the most since December 2015, according to a Bank of America Merrill Lynch note citing EPFR Global data. The Stoxx Europe 600 Index is poised for its best weekly jump of the year, and strategists at banks including Citigroup Inc. and Barclays Plc predict more stock gains driven by an acceleration in inflows.

“There has been a buyers’ strike over the last year,” Citigroup strategists including Jonathan Stubbs wrote in a note this week. “Various investor groups are likely to raise exposure in European equities as political risks fall,” they said, including international investors, hedge funds and multi-asset funds. Money managers are returning to European stocks after a lull in the first quarter, with flows gathering momentum this week as polls signal a victory for centrist Emmanuel Macron in the May runoff against anti-euro candidate Marine Le Pen. The trend reflects a shift in sentiment for investors who pulled out $113 billion from the region’s equity funds last year, with the the April 23 French vote proving bears wrong yet again on political risks. There’s optimism about other markets as well. Investors poured $21 billion into global stocks in the week through Wednesday, the most since the U.S. election and twice the inflows seen in bonds, the Bank of America note shows. U.S. equity funds saw inflows of $13.8 billion amid optimism that President Donald Trump will cut taxes.