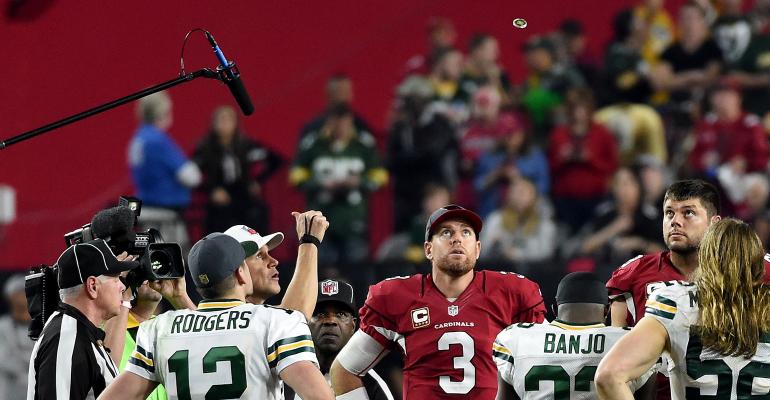 The Improbably Rally in Stocks

Seeing at least one streak where the S&P 500 has risen 12 straight months is very likely, but seeing six in 150 years is extremely improbable.

October marked the 12th month in a row of positive total returns for the U.S. and global stock markets. That type of run is remarkable, but not unprecedented. A review of the U.S. stock market going back to 1871 reveals six streaks where total returns were positive in 12 or more consecutive months, with the longest lasting 15 months between March 1958 and May 1959.

The S&P 500 Index turned in positive total returns in just over 60 percent of the 1,762 months of the past 147 years. Using that as the probability of flipping heads on a biased coin, we can figure out the likelihood that we would have witnessed these six streaks of 12 heads or more over 1,762 independent flips. What we find is that, in our coin-flip thought experiment, the probability of witnessing six or more such streaks is less than 1 percent. Seeing at least one such streak is very likely -- about an 80 percent chance -- but seeing six in 150 years would be extremely improbable.

But, it did happen, which suggests that there's a problem in our simple coin flipping representation. It’s likely the hitch lies in our assumption that each flip is independent, which is the main characteristic of the "random walk" that is a pillar of modern finance theory. If instead each flip is slightly serially correlated, even by a little, then seeing such streaks is significantly more likely.

Calling a data series serially correlated is a fancy way of saying the series exhibits trending or momentum characteristics. That is, heads is more likely after heads than after tails, and tails is more likely after tails than after heads. There are other more standard -- but more technical -- ways of measuring the degree to which a market exhibits momentum, and they arrive at the same general conclusion. But we think looking at the streakiness of equity market returns is a simpler, more intuitive and more accessible way of thinking about the extent to which markets have behaved efficiently. 5

And if anyone asks you to give odds that this will develop into the longest monthly winning streak in history, be careful. The odds are probably shorter than you’d get from thinking of it as four more heads in a row from a 60/40 coin.

Bloomberg Prophets Professionals offering actionable insights on markets, the economy and monetary policy. Contributors may have a stake in the areas they write about.