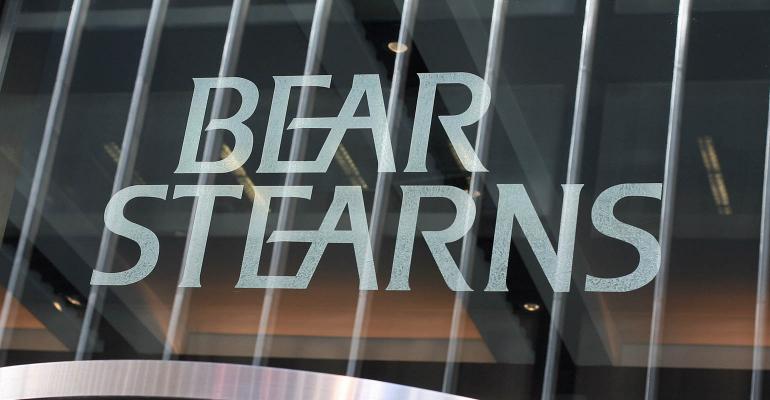 If We Are Racing to the Pre-Crisis Bubble, Here Are 12 Charts To Watch

A decade on since the global crisis, risk appetite is reaching levels notched at the apex of the global credit bubble. Strategists and investors explain how the relentless bull run may still have more juice.

(Bloomberg) --By some accounts, it started 10 years ago to the day.

On Aug. 9 2007, a French bank froze three funds exposed to U.S. subprime mortgages, setting in motion a chain of events that would culminate in the collapse of the housing bubble, the bankruptcy of Lehman Brothers and a financial system teetering on the brink.

Others pin the beginning of the global financial crisis on earlier events. A little more than six weeks before BNP Paribas SA shuttered its funds, Bear Stearns extended $3.2 billion in secured loans to bail out one of its hedge funds, portending the ripple of credit writedowns to come. For others, troubles began brewing much earlier – when a global glut in savings and years of low interest rates forced investors to lever up and grab exotic securities in a quixotic quest for yield that would ultimately set off a spiral of financial losses.

Now, stocks are once again sprinting to record highs, U.S. bank profits are swelling and yield-hungry investors are plowing money into risky assets and trades not seen since the apex of the credit bubble. That comes despite a bevy of risks, from high valuations to U.S. rate hikes and geopolitical clashes -- as underscored by recent fiery exchanges between the U.S. and North Korea.

The relentless bull run may still have juice, however. We asked top analysts around the world to sketch the landscape for risk assets as the economic recovery that began in the aftermath of the crisis enters its eighth  year, and whether they have the potential to catch up with bubbly dynamics notched in the halcyon days before the 2008 financial crisis. Here's what they said.

“One thing to watch: a decline in, and volatility of, spreads on securitized debt. Prior to the subprime crisis, auto asset-backed securities traded in an extremely tight range, about 40 basis points over Treasuries. In the post-crisis period, they've been a very different animal, oscillating in a wider range and responding to changes in the fundamental and credit market environment.” “The U.S. presidential election saw global cross-asset correlations fall drastically, a sign of confidence in the macroeconomic outlook with more focus on idiosyncratic stories. Conversely, closely correlated markets suggest a more defensive stance from investors. However, levels still hover above the period just before the crisis, suggesting there may be some room to run in this trend should this current ‘Goldilocks’ period prevail.” Credit spreads on investment-grade European corporate bonds are fast approaching levels seen just before the crisis. But with the European Central Bank in no hurry to remove quantitative easing, both fundamental and technical factors remain in place for risk in the sector to continue to rally. In our view, negative or very low-yielding sovereign debt in the region means that European investors still see investment-grade corporate debt as the next safest alternative. European financial credit also continues to bode well through structurally improving fundamentals. We might be close, but we still may have some room to run.”

Srinivas Thiruvadanthai, the director of research at the Jerome Levy Forecasting Center

“So far, the positive feedback loop between expanding private-sector balance sheets and real economic activity has been weak relative to the halcyon days of 2005-2007. But the longer the expansion lingers the greater the potential that wealth effects and easy credit availability spur animal spirits.” “Emerging-market dollar sovereign debt may seem incredibly tight at the current juncture relative to recent history but sovereign spreads in both investment grade and high-yield debt are still wider than the lows prior to the global financial crisis. Spreads on IG and HY sovereigns were below 70 basis points, and 200 basis points, respectively, for most of the first half of 2007, versus closer to 130bp and 430bp today. For the rally to continue, inflows need to remain sizeable, and the bid for yield from developed markets strong.” “Spreads of emerging market local currency bonds to both five-year U.S. Treasuries and investment-grade emerging market debt are less stretched than other risk assets, giving investors some cushion for currency depreciation and credit risk. If U.S. credit spreads stay put or grind lower, the spreads that local markets offer will look attractive. This leaves the asset class vulnerable to an air pocket if foreign investors crowd the exits like we saw in the crisis.” “The BofAML Bull & Bear Indicator has risen to 7.6, nearly giving the first 8.0 ‘sell’ signal of excess risk appetite since 2013. The indicator is valuable to us on a contrarian basis because it flags situations when professional investor positioning, fund flows and market prices have moved to an extreme relative to history, such that the market is more likely to revert to the mean. The indicator gave an 8.0 ‘sell’ signal in late October 2007. To get a bearish signal, we would need to see big inflows to emerging market debt and equity, and a reversal of recent outflows from high-yield bond funds.” “While we're more cautious on the economic outlook than most, one of the ways in which we might be wrong is if the U.S. consumer chooses to leverage up and adds more debt to their balance sheets. This chart shows that both the household-debt service ratios and financial-obligations ratios are very low in a historical context. Prior recessions have followed spikes in these ratios that leave consumers in a vulnerable position – we're not seeing elevated levels at this stage in the expansion.” “Prior to the crisis, everyone knew banks traded tighter than corporates, and some of the weaker banks and broker-dealers would trade tighter than some of the more pristine corporate bonds. That changed with the financial crisis and banks have struggled to return to their prior glory relative to corporates.  I think you can make a strong case that senior unsecured financials should trade tighter than corporates again. Banks are more tightly regulated, more restricted on types of activity and better capitalized than before.” “Relative valuations have returned to the highs of the last cycle. This may imply that increased risk-tolerance could drive them lower yet, as they are just sitting on the top of the prior cycle's range between 2003 and 2008, but that would also likely necessitate a pre-recession trend earnings growth. That assumption is questionable given nominal growth is trending around 3.5 to 4 percent, down substantially from 5.75 percent compound-averaged in the five years to 2008, while the labor market is slowly clawing back bargaining power and profit margins from the corporate sector.”

“This chart suggests stocks are fairly valued. I call it the ‘Misery-Adjusted Price-Earnings Ratio’. When the sum of unemployment and inflation rates is high, so is the misery index. Price-to-equity ratios tend to be low when misery is high, and vice-versa. The sum of the misery index and the S&P 500 forward P/E ratio has averaged 23.9 since 1979. During June of this year, it was 23.6 suggesting a fairly valued market. If inflation remains below 2 percent and the unemployment rate continues to drop, as suggested by the tight labor market, then the misery index will fall leaving room for the P/E ratio to rise.”