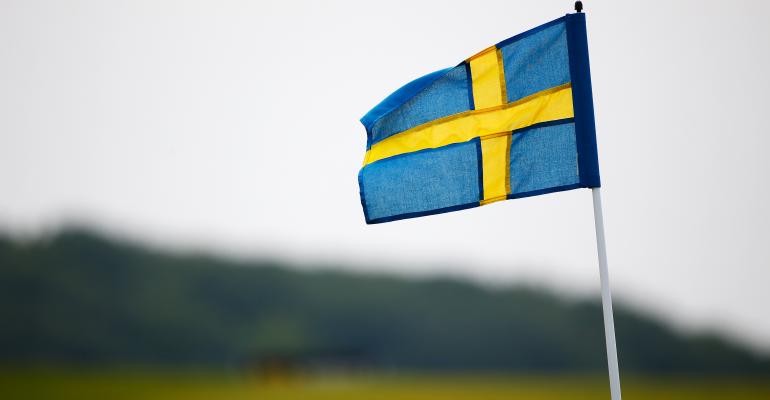 How Smart Money Can Survive the Trump Era, as Seen From Sweden

Michael Livijn, who as Nordea Bank AB’s chief investment strategist makes recommendations that guide about $100 billion, says don’t expect a bloodbath if elections in Europe this year unleash a populist wave like the one that propelled Donald Trump into the White House. That’s because crisis fatigue has led to increasingly rapid market reversals.

“It took the market three days to shake off Brexit, with Trump it took three hours, and the election in Italy three minutes,” Livijn said in an interview in Stockholm on Wednesday.

In Europe right now, “we believe that the political risk premium is slightly too high,” he said.

The next big date on Europe’s political calendar is March 15, when the Dutch vote in general elections. After that, it’s the turn of the euro zone’s second-biggest economy, as France holds the first round in presidential elections a month later. The National Front’s Marine Le Pen, who wants to leave the euro, is neck-and-neck with Republican candidate Francois Fillon, according to first round polling by Ipsos Sopra Steria published Jan. 19.

As things stand now, Nordea is betting that a Le Pen win will result in a smaller market reaction than an outcome that affirms the establishment.

“The big near-term question is of course Marine Le Pen,” Livijn said. “The market’s sigh of relief if Le Pen doesn’t win will probably be greater than the shock if she won, all things being equal.”

Nordea said earlier this month it is overweight global equities, reflecting its view the asset class will outperform others. Livijn says investors risk fretting too much over shocks whose outcome per definition can’t be predicted, instead of analyzing the basics.

“Don’t forget the fundamentals,” he said. “It’s so easy to just search for the next trouble spot.”

Nor is he overly deterred by events in Britain, as the country tries to find a legal path out of the European Union.

With the U.K. parliament getting the backing of the country’s highest court to hand it more powers in the Brexit process, the risk of a more drawn out divorce has increased. But here, too, investors would do well to stay focused on the numbers, according to the Nordea strategist.

“It’s hardly positive if they delay it for too long,” Livijn said. “But I think it would be wrong to assume such a delay. Fundamentals in the U.K. are pretty good, so fears seem to have been a bit exaggerated.”

“So don’t expect anything to happen this year, or next, or even the year after that,” he said. “There are no earmarked funds for infrastructure at this stage.”

Instead, he sees Trump’s agenda to reform taxes as something investors should take more seriously. That will be the “major thing,” he said.

Elsewhere in the Nordic region, some policy makers are urging investors to wake up. Erkki Liikanen, the governor of the Bank of Finland and an ECB council member, said U.S. investors are living in a “dream” if they think less regulation and Trump’s stimulus pledges will be all good. During a public debate in Helsinki on Sunday, Liikanen singled out Trump’s protectionist policies as those likely to do the most damage.