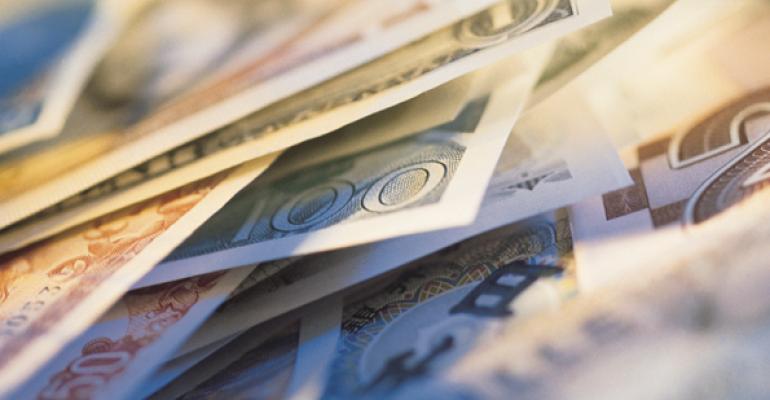 Capital Group Cos.' New Perspective Fund has cut cash levels to the lowest in two decades.

By Adam Haigh and Tom Redmond

(Bloomberg) --Capital Group Cos.’ $60 billion stock fund is near the most optimistic this century as it prepares for Donald Trump to take over as U.S. president.

The New Perspective Fund, which picks companies set to benefit from changing patterns in global trade, has cut cash levels close to the lowest in two decades, said David Polak, an investment director at the $1.4 trillion money manager. The fund’s seven stock pickers stayed calm even after some top holdings, such as Amazon.com Inc., extended declines in a rising market, deciding to wait to see if the selloff in technology stocks and other trends after Trump’s election would stick.

The fund has trounced the market since 1973 with a long-term, no-star approach to investing, posting an annualized return of more than 12 percent. Its managers are debating whether Trump’s win means it’s time to move away from so-called secular growth companies that gain even in tough economic times and prepare for a new era of inflation. While they’re increasing holdings of miners and other cyclical shares “at the margin,” the fund isn’t rushing to make a decision.

The cash level “doesn’t suggest a group that is running for the hills,” Polak, 56, said in a phone interview from New York. We get asked what Trump’s election means for a fund focused on world trade, but “there are companies that are global and can do well in this environment -- global banks, global miners, global energy companies.”

The election of Trump has worried some investors that U.S. curbs on immigration and possible protectionism may take its toll on global growth. Trump has pledged to kill the Trans-Pacific Partnership, a world-trade deal that Barack Obama said would give the U.S. an upper hand on China. But that’s not fazing Capital Group managers, who say the key is picking companies that will benefit from these changes over time, rather than worrying about the overall value of world trade.

“It is the flexibility the fund has to go after companies that benefit from changing patterns of world trade, rather than just growth of world trade,” said Polak.

Capital Group’s fund relies on its absence of a single star fund manager, a process it stumbled upon back in the 1950s when one person overseeing a fund got sick. It placed two people in charge and over a couple of years found one did well in the initial 12 months, while the other outperformed in the second year. They spent the next few decades tuning this approach, which Polak says smooths out returns and makes investors more likely to keep their money with the firm.

“There isn’t a moment where a manager who has had a fabulous track record for a decade or so moves on and the investor is forced to reconsider the investment,” he said. “We don’t run into that Bill Gross moment.”

The New Perspective Fund invests in multinationals, which it defines as companies that get at least a quarter of revenue overseas and have at least the same share of assets outside their home countries, according to Polak. Almost half its assets were in U.S. equities at the end of October, with about 45 percent in foreign stocks. Information technology, consumer and health-care shares together made up almost two-thirds of the fund.

This year is testing the long-term track record as Novo Nordisk A/S plunges and stocks like Alphabet Inc., which posted stellar gains in 2015, lag behind the broader market. The portfolio is broadly flat this year while the S&P 500 Index climbed almost 8 percent to a record high.

The world’s biggest maker of insulin, Novo Nordisk, is down 43 percent in 2016 and trading at a near three-year low. Capital first started buying the diabetes-drug producer back in 2000, betting the tiny mid-cap Danish firm would increase its earnings as it expanded into markets further afield, including emerging countries such as China. Envisaging a future where diabetes would become a global problem, the fund captured returns from a stock that’s up more than 650 percent since then.

“We’ve had a very disappointing year,” Polak said. But “we want to avoid throwing the baby out with the bathwater. We want to make sure we are not making knee-jerk reactions.”

That caution has worked out in the case of Amazon.com, the fund’s largest shareholding. While it tumbled 8.7 percent in four days after Trump’s victory, it’s since recovered almost all those losses and is up 13 percent for the year.

Polak says while the fund is spending a lot of time debating the implications of Trump’s victory, he says its optimism has more to do with the prospects for company profits.

“For all of the noise and excitement and drama, for two years we’ve basically been tracking sideways,” he said. “If companies are continuing to grow their revenues and their profits, that means that valuations, all things being equal, are getting a little bit more interesting and as a bottom-up investor we are likely to find pockets.”