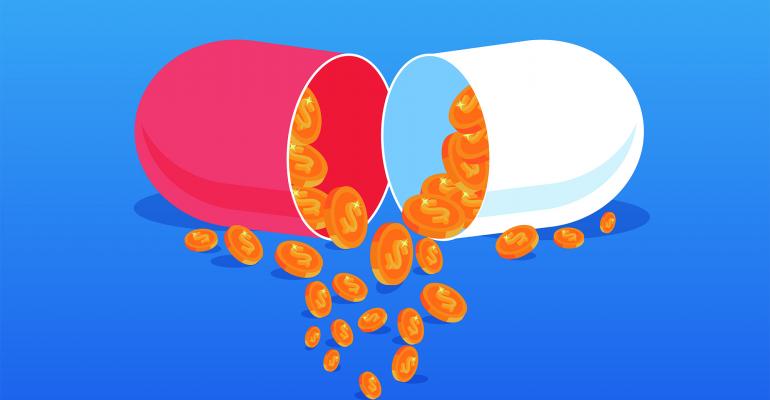 Only one industry has done consistently well for decades in periods of high volatility.

By Matthew A. Winkler

(Bloomberg Opinion) --After six years of serenity, buying stocks turned treacherous in 2018. Growth in China, the U.K. and the rest of Europe slowed amid global trade disruptions triggered by Britain’s planned departure from the European Union along with U.S. President Donald Trump’s disdain for multilateral agreements and his embrace of tariffs. Rising interest rates made Federal Reserve Chair Jerome Powell Trump’s favorite whipping boy, even when he paused from tightening credit after the market plummeted on fears of a looming recession. Amazon.com Inc. more recently accelerated its tumble from a trillion-dollar market capitalization.

For investors, that’s been a lot to unpack, and some of the most influential among them stopped trying during the biggest price fluctuations since 2012. It turns out that there’s a sanctuary whenever market tribulations strike. That would be health care, the only industry with consistently stellar returns in times of exceptional volatility.

Going back almost three decades, there are four periods when valuations lurched up and down by more than the 30-year average of stock-price swings. Those were the 12 months ending Dec. 31, 1990; the seven years from 1997 through 2003; the six years between 2007 and 2012; and the latter part of last year, of course.

The more than 60 publicly traded companies that make up the benchmark Standard & Poor’s 500 Health Care Index are the sole mainstay among the market’s winners during all those periods, joined by utilities in 1990; financial, consumer discretionary and technology firms from 1997 to 2003; consumer discretionary, consumer staples and technology between 2007 and 2012; and utilities in 2018, according to data compiled by Bloomberg.

In 2018, a year when the Dow Jones Industrial Average, S&P 500 and Nasdaq lost as much as 5 percent, three of the top five U.S.-based mutual funds among the 200 with assets greater than $5 billion specialized in health care stocks. They were the No. 1 Boston-based Fidelity Select Medical Technology and Devices Portfolio, returning 16 percent; the No. 2 New York-based BlackRock Health Sciences Opportunities Portfolio, 8 percent; and the No. 4 Fidelity Select Health Care Portfolio, 7 percent. 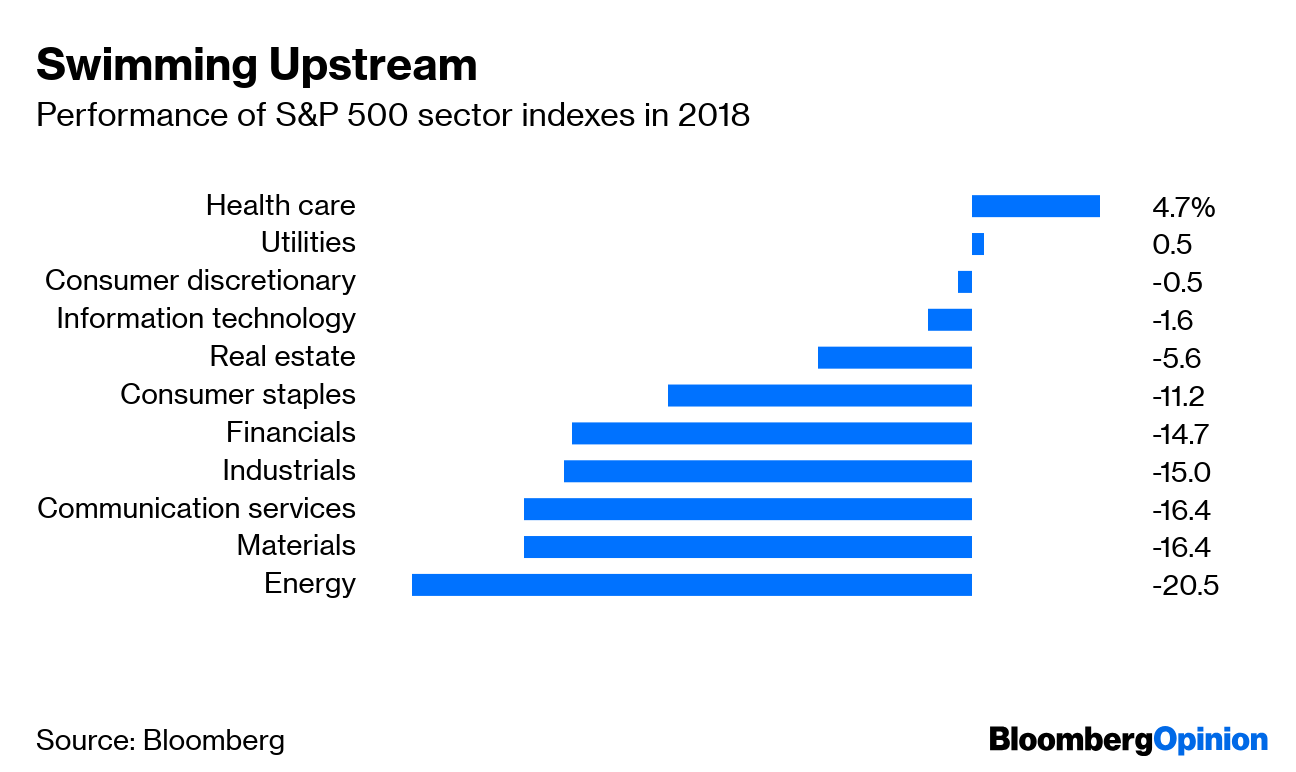 Sure enough, two of the top five mutual funds between 2007 and 2012 were focused on health care. In the seven years through 2003, three of the five best-performing funds also invested in health care. No other industry comes close to replicating the resilience of health care when markets are turbulent.

Rising demand for health-related products and services, regardless of the economy’s cycle, military conflicts and political firestorms, helps explain why health-care investors can ignore Trump’s daily tweets and his tariffs on trade with Canada, China, Mexico and the EU. They can be confident that aging populations in the U.S. and other countries will keep their money secure. Sixteen percent of the U.S. population was 65 or older in 2018, up from 12.7 percent a decade ago, according to the U.S. Census Bureau. Across the globe, 9.1 percent of the population was 65 or older last year and is projected by the Census to climb to 10.2 percent by 2024, an increase of 2.6 percent since 2009.

“Inside the U.S., over 10,000 people turn 65 every single day,” said Eddie Yoon, manager of the top-performing Fidelity Select Medical Technology and Devices Portfolio, during a December interview. “This is the Medicare population. The front end of the boomers now are turning 75 and the back end are turning 65 at an accelerating rate,” he said, creating “a very strong driver of demand,” when “almost every country around the world is getting older.”

Shares of five of the 62 major U.S. health-care companies appreciated by more than a third last year. The leader was Danvers, Massachusetts-based Abiomed Inc., which develops global products that assist and replace the heart’s pumping function; it saw its shares gain 73 percent in 2018 with a market capitalization 13 times its 2013 worth.

For many of these companies, revenues are divided equally between domestic and overseas customers, according to Fidelity’s Yoon. “I think one of the really unique characteristics of health care is that it’s recession-resistant,” he said. “If you have a bad knee, a bad back, unendurable pain — you need to treat it regardless of what sort of macroeconomic environment you’re in. And when you think about compounding returns, not losing on the downside really helps you on the upside.”

That’s another way of saying that investing in health care is the closest thing to tranquility, no matter what Trump says or does.