Traders’ return from summer holidays is a catalyst.

It’s looking like the post-Labor Day markets are going to be very interesting. VERY interesting. Why? Because of two set-ups: one in the S&P 500, the other in gold. Let’s look at the stock situation first.

The blue chip index is now making a run on its January closing high around 2,873. As of this writing, the S&P has gotten within spitting distance but hasn’t yet hit it. If the index forms a double top—that is, matches its old high then retreats—the upper boundary of a congestion area will be defined with the lower bound marked by reaction lows set in February and April. This consolidation is defined by the black dashed boxes in the chart below. 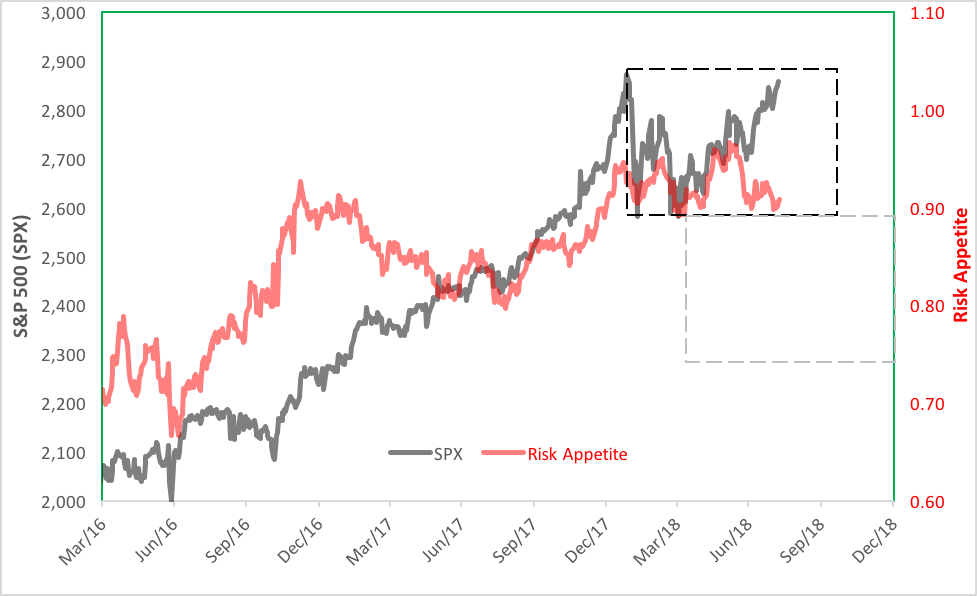 Should the equity market weaken and slip below the February closing low (around 2,581), a downdraft to the 2,265 level becomes possible. That could wipe out all the market’s work since December 2016. Not a small thing, that.

Granted, there are a lot of “ifs” in this scenario but the potential is very real. In the past month, you can see the waning of the market’s risk appetite even as the S&P moved higher. Investors are shedding rather than adding beta exposure now. Not a recipe for market exuberance.

Then there’s gold. Once the darling of money managers, bullion is now being actively shorted by trading advisors at record levels. Peaks above 50 percent in the short ratio usually coincide with significant market bottoms. You can see the concurrence in the chart below. 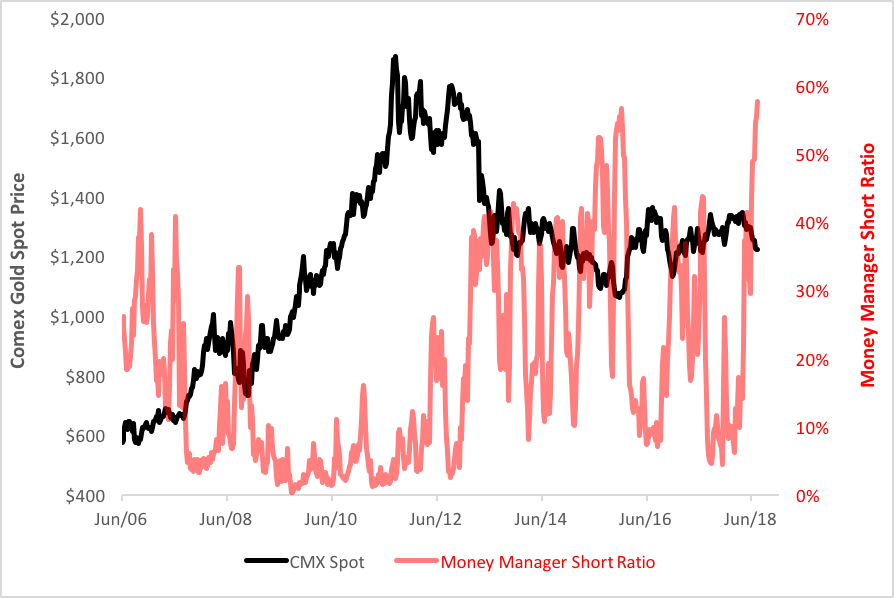 While fund runners have been busy selling gold futures short, commercial traders have lightened up their net short positions mightily. In the aggregate, businesses typically are net short gold futures. In the past 14 years, commercials averaged a net short position of nearly 163,000 contracts. Presently, they’re short just 48,000 contracts, a level last visited in December 2015. At that time, gold was building a base at $1,064, setting up a $300 run to the upside. 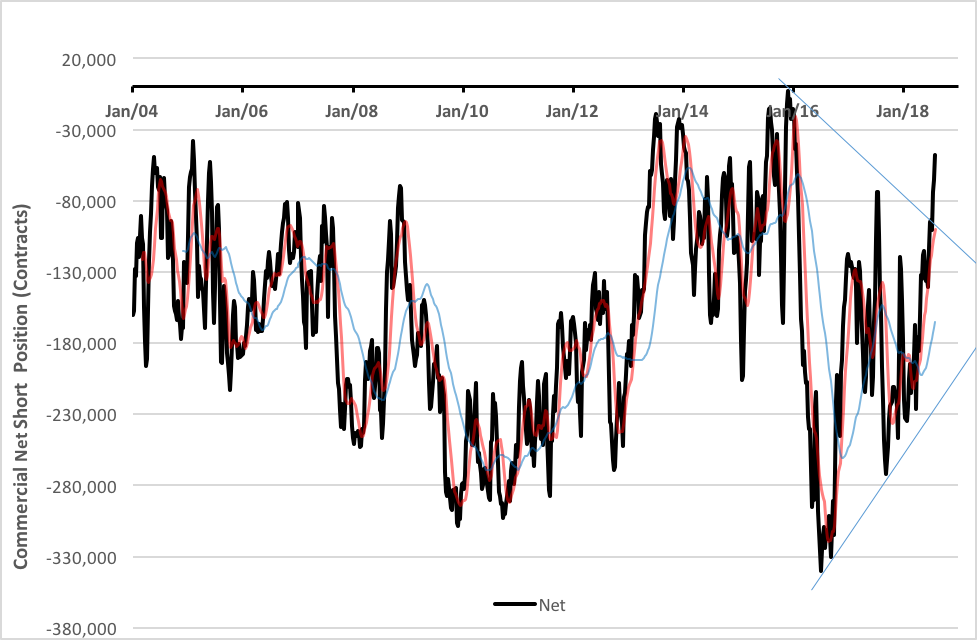 Is gold, then, poised for another bullish breakout? History says yes but it doesn’t say when. Gold may need some time yet to find its legs, but when it does the upside could be substantial.

All this—stocks and gold—await traders’ return from their summer holidays. Will they take up a cudgel against equities and buy gold? We’ll find out soon. In the meantime, enjoy what’s left of your summer.