The last week of August saw Europe Equity Funds chalk up their 25th straight outflow, thereby extending their third longest redemption streak since EPFR started tracking this group weekly in 2000. In contrast to previous weeks, however, the outflows were driven by perceptions that the U.K. and the European Union may part ways at the end of 1Q19 without a workable divorce settlement rather than by the rhetoric emerging from Italy’s new, populist coalition government. 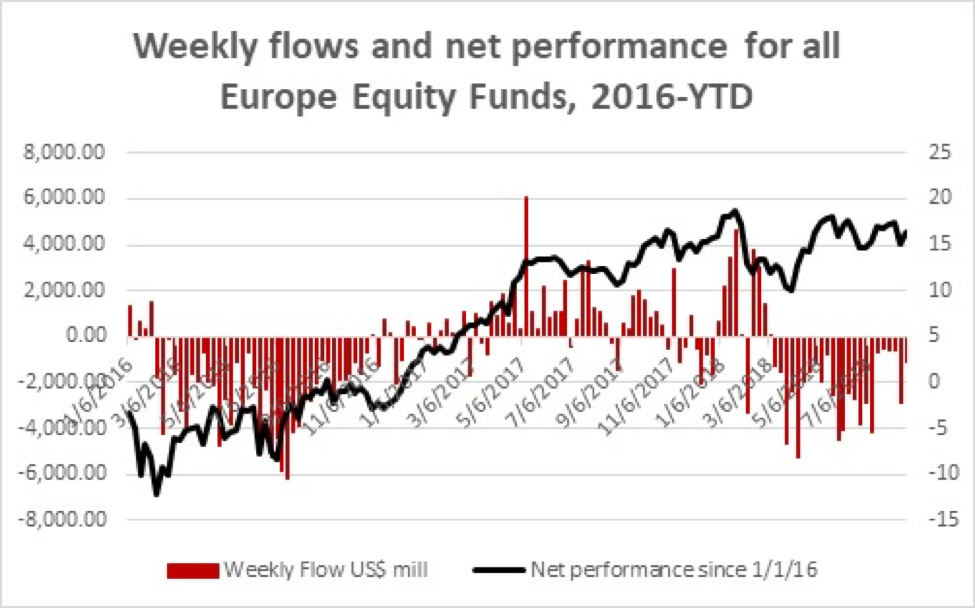 While continuing to distance themselves from the dangers they perceive in Europe, investors regained some of their appetite for riskier asset classes. Emerging Markets Equity Funds posted only their second inflow during the past 15 weeks, commitments to Alternative Funds jumped to a 19-week high, Emerging Markets Bond Funds snapped their latest outflow streak and High Yield Bond Funds recorded their fourth inflow since late July.