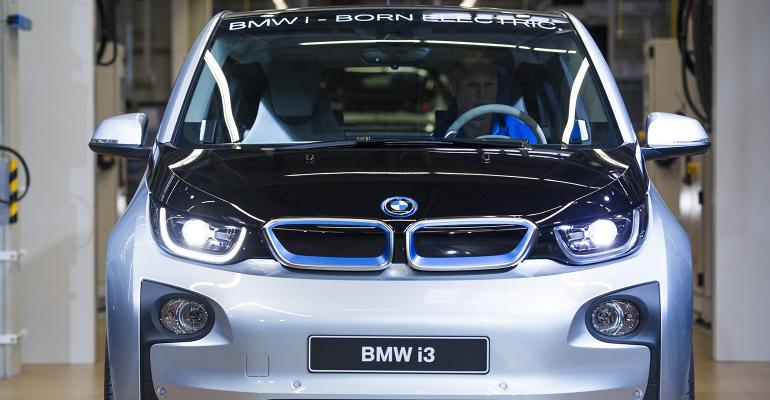 As the risks of investing in carbon-based companies escalates, firms in the transportation and energy sectors are leading the way toward a fossil fuel-free portfolio.

To be fossil fuel-free or not to be?

That is a question clients will increasingly ask their financial advisors, as interest in sustainable and impact investing continues to grow and the financial risks presented by fossil fuels become more apparent.

For advisors, the answer may even boil down to a fiduciary obligation to clients.

In his Huffington Post article, former SEC Commissioner Bevis Longstreth wrote that, “At some point down the road towards the red light of 2 Degrees Centigrade … it is entirely plausible, even predictable, that continuing to hold equities in fossil fuel companies will be ruled negligence.”

The clearest economic signals favoring a fossil fuel-free future come from transportation and energy generation, both of which trend toward increasing renewable energy demand and decreasing fossil fuel demand.

There were already more than 2 million electric vehicles on the world’s roads in 2016, according to the International Energy Agency. With EV sales expanding at a pace that’s similar to the growth rate that pushed Ford’s Model T past the horse and buggy in the 1910s, car makers are pouring research and development into new EV production.

And why shouldn’t consumer demand for EVs be snowballing? EVs are dramatically less expensive to fuel than their internal combustion engine counterparts—the current U.S. average is $1.16 for an EV compared to $2.32 for regular gas, according to the U.S. Department of Energy’s eGallon calculator.

EVs also are cheaper to maintain than ICE vehicles, which makes sense when you consider that the average internal combustion engine has 2,000 moving parts and an EV has about 20. As the initial purchase price of EVs comes down and more options come online, it’s a no-brainer that EVs will continue to be the fastest-growing portion of the personal transportation segment.

Expanding demand for and production of EVs means that demand for transportation-fueling gasoline is on the decline. Not only is this trend driven by consumers, but global regulations are playing their part too.

Norway, Germany and France are banning the sale of all fossil fuel-based cars over the next two decades, and ING Bank expects to see “battery-powered vehicles accounting for 100 percent of registrations in 2035 across the [European] continent.” India, one of the world’s fastest-growing economies, has set goals for transitions away from ICEs to EVs, proposing a ban on ICE sales by 2030. China is also developing plans to phase out vehicles powered by fossil fuels.

The other major driver of fossil fuel consumption is our electrical energy grid. There’s an exciting race on in the world of renewable energy generation, with wind and solar jockeying for the leading position. Wind energy was the fastest-growing source of electricity in the U.S. in 2015, while solar took to the top spot in 2016, contributing 39 percent of the grid’s capacity additions, according to GTM Research and the Solar Energy Industries Association. And renewables will capture most of the estimated $10.2 trillion that will be invested in new power generation globally by 2040, according to projections by Bloomberg New Energy Finance.

Solar and wind are already less expensive on a price per kWh basis, without subsidies, than new natural gas, coal or nuclear power plants. And renewables will get cheaper as wind, solar and battery storage technologies race each other down the cost curve, according to a 2017 National Renewable Energy Lab report. “Solar photovoltaic (PV) capital costs have declined recently and are projected to continue to decline. Similarly, land-based wind capital costs have fallen while capacity factors have increased. These are trends that are both projected to continue and make wind increasingly competitive with new generation from natural gas combined cycle plants in the near term.”

Unlike commodity-based fossil fuels that become more expensive as demand for them increases, renewables are tech-driven and follow both Moore’s and Wright’s laws, meaning they become more efficient and cheaper as more are produced (as do many technologies; think about the last two or three televisions you bought), so cost competitiveness will only continue to improve.

As demand for fossil fuels shrinks due to the shift toward EVs and renewables, it’s important for an investor to understand how incredibly sensitive oil and gas prices are to marginal changes in the balance between supply and demand balance.

In the transportation sector, 2 million barrels per day of demand will be displaced by 2023 by electric passenger cars alone, notes Bloomberg New Energy Finance. Recall that it was a 2-million barrel per day imbalance that led to steep oil price declines between 2014 and 2017.

Given the rapid rise of EVs, the 2-million barrel per day displacement by 2023 will be only the beginning of much larger demand reductions. Consequently, investments in companies whose primary source of revenues is tied to fossil fuel extraction, transportation, and/or refining will soon be in peril.

Companies innovating around renewable energy are gaining market share and becoming more competitive. Therefore, they are investments that will help clients preserve and create wealth, rather than risky investments in fossil fuel companies that have begun their decline.