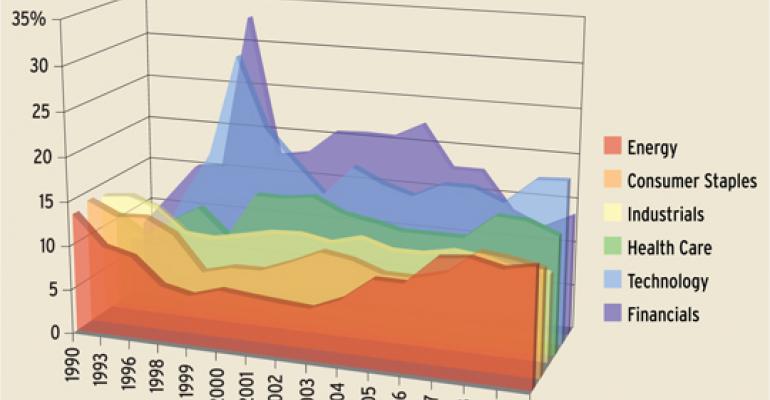 Financials Rising From The Dead

Financials have not yet reclaimed the crown, but they are making a comeback, as measured by their weighting in the S&P 500. While technology is still the biggest sector, accounting for 18.4 percent of the S&P 500 index, the financial sector has moved up in rank from last year's fifth place, with a weighting of 11.8 percent, to second place, with a weighting of 13.5 percent. This move for the financial sector marks a return to its 20-year average, says Bespoke Investment Group. Note that between 2002 and 2007, financials had a weighting of over 20 percent. In 1999, the sector weighed in at 33 percent of the index.