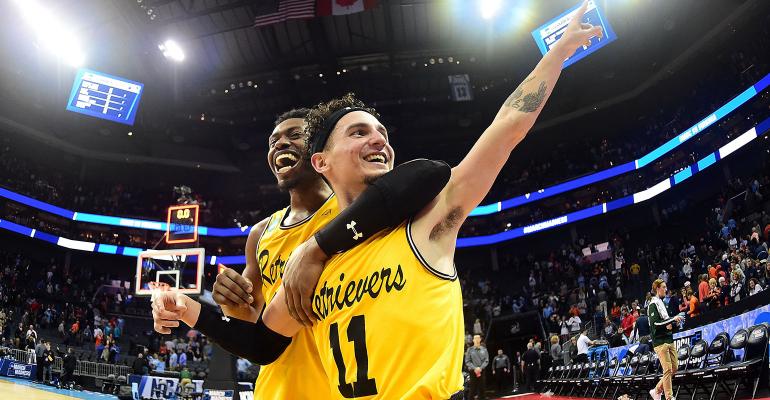 Financial Markets Dealing with Their Own March Madness

March has already proven to be extremely exciting, with many twists and turns, in both NCAA men’s basketball and with the political, economic and financial markets.

As is typical with March Madness, things never occur as you originally predicted. There are some great victories and some disappointments, but drama and excitement never disappoint, and often history is made. March Madness is also occurring off the basketball court and rearing its head in the markets, the economy and global politics.

March Madness in the markets started out with a bang when President Trump announced a set of tariffs on imported steel and aluminum and signed them into law on March 8. While these tariffs will have a positive effect on the U.S. steel industry and a negative effect on input costs for some U.S. manufacturing industries such as automakers, the direct effect of these tariffs is rather minor to our GDP. Further, these tariffs are in addition to the previously instituted levies imposed on washing machines and solar panels.

The larger issue and greater concern is the fear by some economists and market participants that this action could spark a much larger trade war among our trading partners, which in turn could spark increased inflation and slower economic growth. However, some investors have taken comfort with the fact that the U.S. is one of the least protectionist countries in the world and the Trump administration appears to be using tariffs as leverage in high stakes negotiations to extract concessions from trading partners in other areas. In fact, Mexico and Canada will already be exempt from the steel and aluminum tariffs and other countries are invited to negotiate exemptions as well. Regardless, we’re not completely out of the woods on trade as the larger issue; the 301 investigation into Chinese trade and intellectual property practices could be a much bigger deal. It has been reported that an unfavorable outcome to these investigations could result in the Trump administration imposing tariffs on $30 to $60 billion worth of Chinese exports. However, more likely this is again just another negotiating tactic.

This tariff issue could have been the straw that broke camel’s back as it relates to the resignation of the White House National Economic Council Director Gary Cohn on March 6. In fact, there has been an unprecedented revolving door at the White House, which seems to have picked up speed during March. In addition to Cohn, other recent departures (voluntary or otherwise) from the White House this month include Secretary of State Rex Tillerson, White House Communications Director Hope Hicks, personal aide to President Trump John McEntee, FBI Deputy Director Andrew McCabe and White House Deputy Chief of Staff Rick Dearborn. Luckily, the markets have taken many of these high profile departures in stride will little to no associated market volatility.

As it relates to Cohn’s departure, the markets largely shrugged off his exit as his most important task, the passage of the tax bill, had been achieved. Further, Trump’s recent appointment of Larry Kudlow as Cohn’s replacement has been viewed positively by the markets. In addition, the appointment of CIA Director Mike Pompeo as the new Secretary of State (still requiring Senate confirmation), has also been well received. While the recent turnover in staffing at the White House has had little effect on the markets, any high profile turnover at the Pentagon or the Department of Justice could shake investor confidence.

Additional March Madness news has included a potential diplomatic breakthrough as Trump has initially agreed to meet with North Korean leader Kim Jung-un before the end of May. Allegedly, Mr. Kim is ready to discuss getting rid of his nuclear weapons in exchange for security guarantees, although his regime has made this promise in the past, in 2005, and quickly broke their promise. Regardless, this would be the first meeting between a U.S. president and the leader of North Korea, marking it a historic event. However, there is much skepticism whether the meeting will even occur or whether it will result in a material shift in the Korean Peninsula relations.

A little closer to the financial markets, the Trump administration continued to weigh a heavy hand in corporate mergers and acquisitions. On March 12, Trump blocked what would have been the technology industry's largest M&A deal in history by blocking Broadcom’s $117 billion bid for chipmaker Qualcomm, citing national security concerns. This comes months after the Trump administration also tried to block another behemoth transaction of AT&T’s $85 billion deal to buy Time Warner Inc. While the fate of the Broadcom-Qualcomm deal has been determined, AT&T began their arguments against the DOJ and in favor of their merger in a federal courtroom this week. However, this ultimate ruling will likely run over into April, May or beyond.

At the same time, Lipper fund flows into investment grade credit have decelerated and there’s also growing evidence that foreign demand for U.S. corporate bonds has also slowed, partially as a result of increased hedging costs and partially as a result of a March 31 fiscal year end in some parts of Asia. To make matters even a little more exciting, corporate credit spreads have widened even more in short maturity bonds than in longer maturity bonds. We had predicted this could occur as a result of cash repatriation from the tax plan with either selling or less buying of short maturity corporate bonds from cash-rich technology companies. In addition, some of the money market cash that was temporarily renting space within short duration bond funds has likely moved back to money market funds as 3-month LIBOR interest rates have increased significantly. Further, some short maturity corporate investors have likely found a 5-year U.S. Treasury bond, with yields currently around 2.6 percent, to be a compelling alternative generically versus short maturity corporate bonds yielding less than 3 percent. We believe that several of the technical factors that have led to general corporate credit spread widening during the month of March will likely reverse in the coming months.

Last but not least, March Madness found its way into the energy markets when the Federal Energy Regulatory Commission ruled on March 15 on the income tax allowance cost recovery for MLP pipelines. While this timing did surprise the market, we believe the general market reaction was over exaggerated versus the minimal to non-existent financial impact the ruling will have on many MLP pipelines.

March Madness has already proven to be extremely exciting, with many twists and turns, in both NCAA men’s basketball and with the political, economic and financial markets. There are still several days left in March and several unforeseen basketball upsets and victories as well as potentially pivotal market events, such as Jerome Powell’s first press conference as Fed Chair and the accompanying “dot plot” and forward economic forecast.

Greg Haendel is a Senior Portfolio Manager at Tortoise.