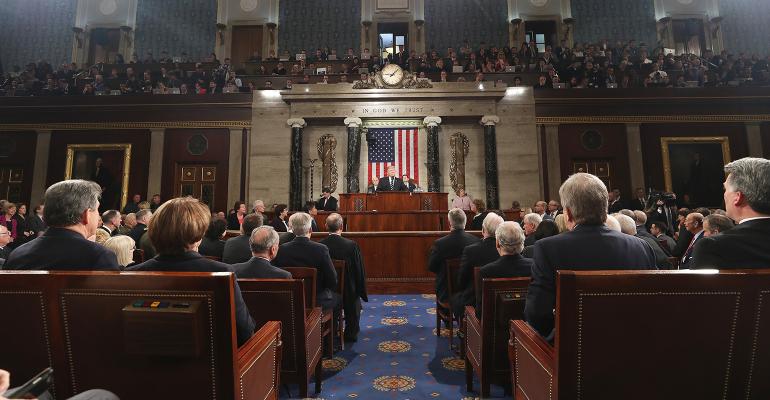 An Economic State of the Union

Is this as good as it gets?

With President Trump scheduled to give the annual State of the Union address tonight, I thought it would be a good time to consider the economic state of the union. As usual, of course, I’m going to pass on the politics and take a big-picture look at the economy.

Has goodness become a problem?

Big picture, the news is really good. Job growth continues, consumer confidence and business confidence are extremely high, and the tax reform bill should help bump growth going forward, at least for a while. Despite all the headlines, politics has derailed neither the economy nor the financial markets. Did I mention that things are good? We can certainly expect President Trump to take credit—and fair enough. He (or any president) would get the blame if things were bad, so it’s only fair he gets the credit when things are good.

But things are so good that this very goodness has become the problem. There simply isn’t much room for improvement. And when things stop getting better? They tend to get worse.

Job growth has been strong, which is great. Plus, there are lots of job openings, which is also great. The problem is that we’ve largely run out of workers. If you could match all workers with openings, essentially everyone would be employed for pretty much the first time in history. We can’t do that, of course, for geographic and skills reasons, but it gives you an idea of the scale of the problem. There are simply not enough people.

This matters because one of the drivers of higher confidence and spending has been job growth. When hiring slows, that boost to confidence slows as well, as does the growth of spendable income. This may well be offset by faster wage growth, as companies are forced to pay workers more to attract the workers they need. But at an aggregate level, we can expect to see wage income grow more slowly, which will be a headwind for economic growth. Things have been so good, they simply can’t get much better.

Another factor is that consumers have been spending freely, which also helps confidence, but they’ve been spending so freely because they are borrowing. The personal savings rate dropped to a 10-year low last month, and it’s approaching the level at which consumers simply can’t borrow any more. Again, borrowing comes from confidence and drives that confidence higher in a virtuous circle. But the circle stops when the ability to borrow maxes out. Again, what has been a tailwind is likely to disappear and may become a headwind.

Even when we look at the business world, we see tailwinds potentially fading or turning to headwinds. Just as with consumers, business confidence is at historically high levels and simply doesn’t have much further to rise. Much of the good news is already out: lower tax rates, less regulation and low interest rates. Expectations are very high—for sales growth, profit growth and share prices. Expectations are so high, in fact, that again it’s hard to see how things can get much better.

Is this as good as it gets?

The state of the union, from an economic standpoint, is therefore excellent. The question we have to worry about, though, is whether this is as good as it gets. There is mounting evidence that, indeed, this is the case. As such, the state of the union today is not a good guide to where we will be a year from now.

This post originally appeared on The Independent Market Observer, a daily blog authored by Brad McMillan.