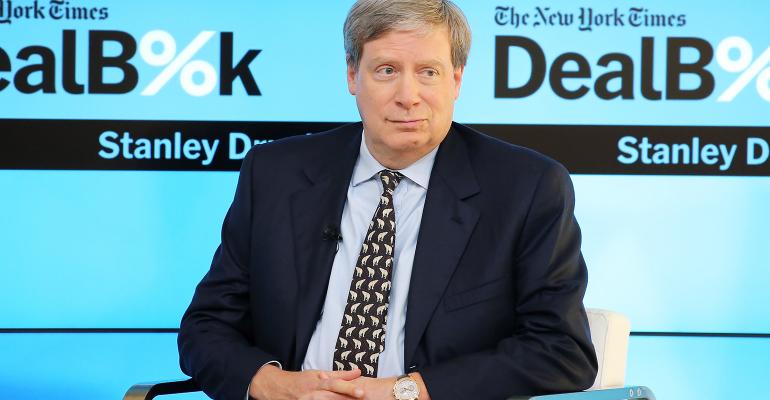 Duquesne Family Office sold about $274 million of Alphabet Inc. shares and $121 million of Carvana Co., ditching both stocks entirely as of March 31.

(Bloomberg) -- The investment firms of some of the world’s wealthiest investors made some large shifts in their assets last quarter as US stocks slumped by the most since the onset of the Covid-19 pandemic.

Stanley Druckenmiller’s Duquesne Family Office sold about $274 million of Alphabet Inc. shares and $121 million of Carvana Co., ditching both stocks entirely as of March 31, according to the firm’s 13F filing Monday. It also exited Airbnb Inc. and Starbucks Corp., while placing new bets on companies including Teck Resources Ltd. and Coterra Energy Inc.

Duquesne also added to its already large position in Chevron Corp., which touched a record high on Monday.

The S&P 500 Index fell about 5% in the first quarter, while the tech-heavy Nasdaq 100 plunged 9%, as investors weighed how US companies and the world’s largest economy would fare as the Federal Reserve lifts interest rates to combat the highest inflation in decades. Energy companies have done better as Russia’s invasion of Ukraine keeps oil prices near recent highs.

George Soros’s family office, Soros Fund Management, saw its US equity positions fall by almost $2 billion in the first quarter to $5.2 billion, due in large part to a decline in the value of its stake in electric-vehicle maker Rivian Automotive Inc. It ditched holdings in IHS Markit Ltd. and Activision Blizzard Inc., while adding $122 million of Zynga Inc. shares.

An investment firm for the Walton family, which mostly buys and sells low-cost exchange-traded funds, added to its position in US municipal debt and took a big stake in Japanese equities, while also betting on small-cap stocks and Coinbase Global Inc. It held about $5.1 billion in US stocks and ETFs at the end of last quarter.

US Securities and Exchange Commission rules require investors managing more than $100 million in US equities to disclose their holdings, though family offices can appeal to keep these documents confidential.