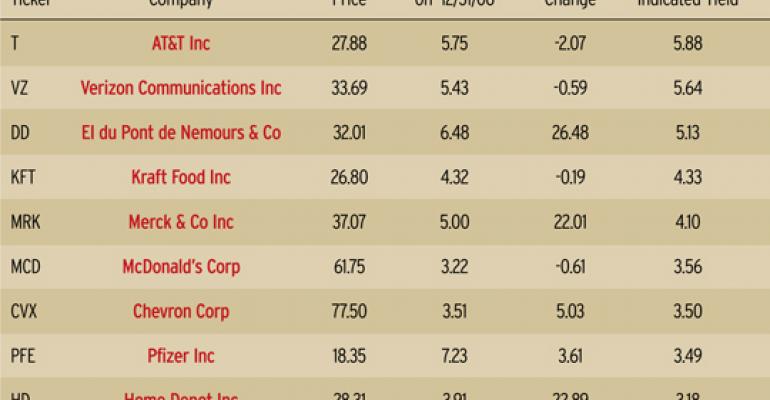 The Dogs of the Dow strategy has only outperformed the index once in the past five years.

The Dogs of the Dow strategy made popular by Michael O' Higgins in his 1991 book, Beating the Dow, outlined a strategy whereby one would annually pick the ten highest dividend-yielding stocks in the Dow Jones Industrial Average. These “dogs” typically had high dividend yields because they were out of favor among investors. O'Higgins was able to show that over the 17-year period from 1973 to 1989, his strategy averaged a return of 17.9 percent annually, compared to 11.1 percent for the Dow. The Dogs strategy has only outperformed the index once in the last five years, in 2006, according to Bespoke Investment Group. In the first 11 months of 2009, the Dogs rose 11.19 percent versus the Dow's 23.07 percent gain.