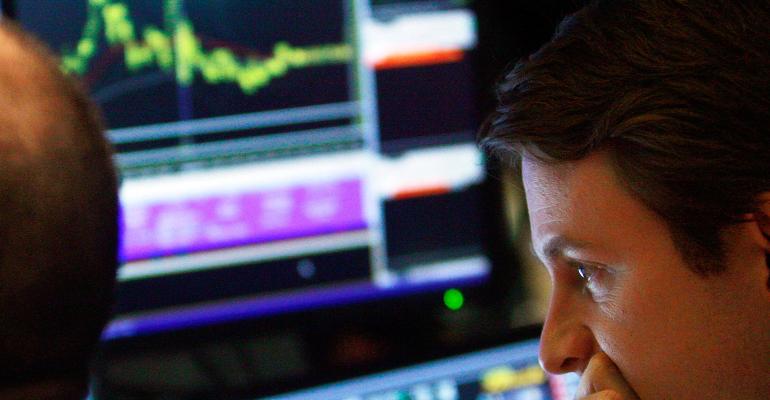 Don’t Look Now, But TINA Has an Alternative

Investors no longer view stocks as the only option, even if they aren’t ready to go all in on bonds.

(Bloomberg Opinion) -- Would you rather buy a risk-free long-term Treasury bond yielding more than 3.5% or take your chances in the stock market? The jury is apparently still out among investors, but at least they’re debating the matter — as has rarely been the case in the post-financial crisis era.

Consider how the investment landscape has changed. In the 13 years through 2021, many investors saw stocks as the only viable option. Persistently loose monetary policy meant that the S&P 500 Index returned 16% a year, crushing the 2.5% total return on a portfolio of Treasuries and the 6.3% annual return on investment-grade corporate debt. Investors would have been forgiven for forgetting about the risks inherent to stocks because the outperformance was also remarkably consistent during that period. That gave rise to the prevalence of the “there is no alternative” — or TINA — motto in US equity markets.

The market is now shifting in ways that many traders haven’t experienced in their professional lives. Federal Reserve Chair Jerome Powell has pledged to keep interest rates high for an extended period to fight the worst inflation in 40 years, meaning companies’ financing costs should remain high and bonds can suddenly hold their own as long-term strategies.

It’s a return to a time and interest-rate environment in which the excess returns of equities were far less juicy and less consistent. Indeed, in the 25 years before the financial crisis, the excess total returns of stocks over Treasuries were about one-third as fat as they were in the 13 years after 2008. If the market is returning to that paradigm, investors may have to think harder about whether 4.5 percentage points is appropriate compensation for the risk of riding the less predictable equities market headlong into a potential recession. Perhaps some will split the difference and the 60/40 stock-equity portfolio — which has been declared irrelevant 1,001 times — will come back into vogue.

To be sure, both asset classes have their risks, but at least they don’t seem like highly correlated ones. For equities, investors must worry that the Fed’s inflation fight will undermine resilient consumption trends and business investment and push the economy into a recession. Economists surveyed by Bloomberg put odds of a downturn at around 50% in the next 12 months, but there’s considerable debate about how deep it would be and the extent to which it would zap earnings. For their part, longer-term bonds face the risk that high inflation will force the Fed to raise interest rates even higher. Of course, in a worst-case scenario — stagflation — both bonds and stocks will continue to get hammered.

Then there’s the upbeat “soft landing” narrative, in which the Fed declares victory on inflation without inflicting too much pain on workers and consumers. In truth, any one of these outcomes appears conceivable, and that’s why projections are all over the map. Looking toward the end of the year, the median analyst surveyed by Bloomberg projects that 10-year bond yields will drop from these levels to 3.17%, implying prices will rally, but the range is a wide 2.55% to 4.1%. The median equity strategist predicts that the S&P 500 will a close at 4,300, but the range implies anything from an additional 12% drop to a 32% rally by the end of the year.

Fund investors aren’t exuding much clarity on the matter themselves. Money has been pouring into money-market-like exchange-traded funds in the past week, including the SPDR Bloomberg 1-3 month T-bill ETF, but speculative stock buying is hardly a thing of the past: The ProShares UltraPro QQQ — which seeks to offer three times the daily performance of the Nasdaq 100 Index — was also among the ETFs that saw the most inflows in the past week.

Ultimately, the market is still a ways off from settling on a new favorite asset class, and that may be a good thing. The environment of higher interest rates heralds a return to the hard work of investing — constantly reassessing the balance of risks and rewards instead of plowing full-steam ahead into a single asset class. That, too, could change eventually, especially if the Fed delivers on the soft-landing scenario and the economy goes back to its 2009-2021 status quo. But for the time being, investors are just going to have to contend with a world of difficult choices.

To contact the author of this story:
Jonathan Levin at [email protected]