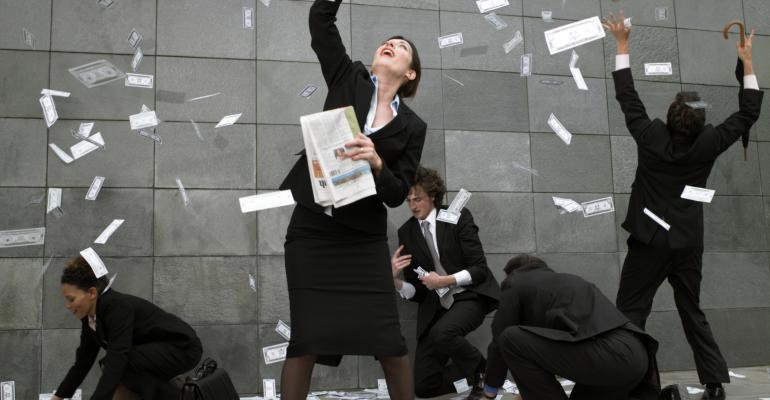 Dividend payouts and corporate buybacks have grown at a record pace lately, and are expected to continue increasing at a healthy growth rate for the remainder of the year. The trend is welcome because it is driving cash back into the hands of shareholders and helping to fuel the market’s recent rally.

Just 16 companies in the S&P 500 failed to either pay a dividend or initiate a share buyback during the past 12 months, according to Factset. While U.S. corporate balance sheets are strong, few companies are aggressively re-investing in their businesses for research and development, human capital, or plant and equipment, most likely owing to apprehension over possible corporate tax hikes and new or pending government regulation. In this environment it makes sense companies would gravitate towards buying back shares and increasing or initiating dividends as an alternative use of free cash flow.

While share buybacks and dividends are the two most visible ways to return value to shareholders, we believe only dividends hold real long-term value. There is also strong rationale to favor dividend growth over stock repurchases at this stage in the investment cycle.

Dividends are a positive distribution of free cash flow. Corporate buybacks, however, are more akin to negative short-term distributions, as they must end at some point and their value effect eventually diminishes. Dividends appeal to long-term value investors who are seeking well-run companies that know how to manage free cash flow, have potential to increase their dividends, and demonstrate value to shareholders through consistent returns.

It’s true that share buybacks are more tax efficient than dividends and potentially serve as a quick fix for disgruntled shareowners unhappy with company performance. However, it’s also true the strength of corporate buybacks have been artificially stimulated over the last decade or so through ultra-low interest rates and access to cheap money. Companies have historically resorted to buybacks as a way to quickly demonstrate management prowess to shareholders through the effect of short-term increases in EPS. Many corporate buybacks however are essentially an artificial and unsustainable boost to stock prices, stemming from a misallocation of corporate capital. As a result, shareholders may pay elevated prices, which may over time outstrip value. Some share repurchases are also enacted to hide dilution from stock option issuance.

With growth in share buybacks on the rise, there is increasing commentary within the economic community questioning the sustainability for continued massive stock share repurchase programs at increasing valuations.

According to Morgan Stanley research, “since 1930, dividends have accounted for over 40 percent of total returns for investors in S&P 500 companies. That number was 29 percent from 2003 to 2012, and down to 14.3 percent in 2012 alone. This should not be surprising given the strong and almost incessant rise in stock prices in the U.S. in the past two years. Considering where share prices reside now, it is more than likely that dividend pay-outs could rise further from here as the efficacy of share buybacks begins to wane and their wisdom is challenged “ the firm said.

There are many indicators pointing to a positive outlook for continued dividend growth. The growth of dividends is one of the most tangible statements corporate management and directors can make about their company’s current and future prospects. Dividends are long-term distributions with tangible value , demonstrate positive corporate governance, have wide appeal to a changing demographic base, and a story that should not be ignored.