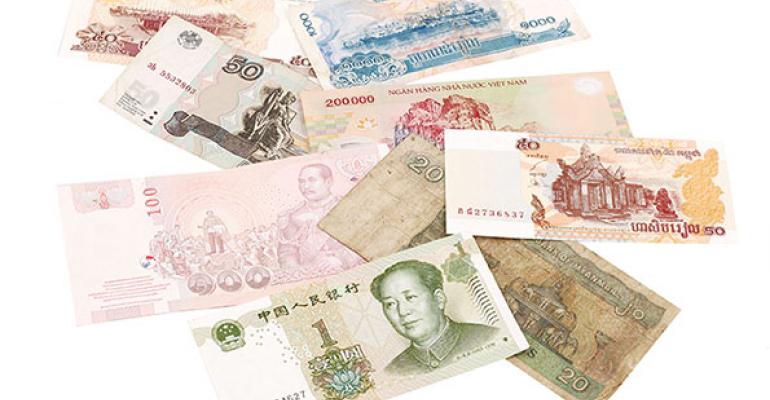 As markets increasingly question the effectiveness of developed markets’ monetary policy to boost growth, fiscal policy is expected to become less stringent in many countries.

Beyond the clear benefits for infrastructure, we wonder whether government spending will manage to lift growth, especially in Europe. We see better chances for EM assets to benefit from this policy mix. Indeed, investment flows from developed to emerging markets are strong, and economic fundamentals in a number of EM countries have improved.

1. We go back into EM local currency debt.

The post-Brexit market bounce: Can it last?

Following the surprise UK Brexit vote, we became more defensive in our views, along with many other market commentators. The view was based on the likelihood of a significant negative impact on the UK economy, the worry that this would affect European growth and politics, and the long period of uncertainty we expect regarding the UK’s relationship with the EU and the rest of the world.

Markets have been more positive, rebounding quickly, and then setting into a range in recent weeks (albeit on low volumes typical for summer months). We believe they were boosted by 1) more global policy accommodation and 2) sanguine economic views.

We think markets’ conclusions are premature as insufficient economic data is available as of yet. Investment spending and confidence have already taken a significant hit and any fiscal measures have for now been slow to materialize. We worry that following the negative sentiment readings in the UK, negative hard data will follow. Moreover, monetary easing may take time to feed into activity, and at current levels, further rate cuts or bond buying become gradually less effective.

Between the two factors, therefore, we clearly have more confidence in the constructive ‘lower for longer rates’ argument than in the sanguine economic argument. Hence, we have been adding to our search for yield theme but maintain our small underweight in global equities.

If economic data proves less positive than markets seem to be expecting at this stage, we believe we will have a better entry point in coming months to add to our equity exposure.

Emerging markets assets have been a beneficiary of the Brexit vote, as even lower Treasury, Bund and gilt yields have further highlighted the yield pickup available in EM. Moreover, the risks to European and UK growth contrast with the improving outlook of many EM countries. Indeed, leading indicators for India, Brazil and Russia continue to pick up, and the indicator for China has stabilized, in contrast with deteriorating leading indicators for the UK, Europe and Japan. A cabinet reshuffle in Indonesia, the parliamentary approval of a goods and services bill in India and more political clarity in Brazil also add to support for emerging market sentiment. Lastly, falling inflation allows many central banks to cut rates, especially in Asia, and we expect rate cuts in China, South Korea, Malaysia, Indonesia, Thailand and India.

Unsurprisingly therefore, investment flows—some coming out of developed market assets where yields are no longer considered attractive—are flowing into EM. We believe that this process has some way to go still, and should support EM performance.

Flows into EM assets have picked up

In summary, we worry that weakening economic data out of the UK and Europe may affect market sentiment in coming weeks, and superior growth in the U.S. and EM leads us to prefer these regions. Accommodative monetary policies should support the search for yield, leading us to add to UK credit and EM local currency bonds. But policy is unlikely to be the magic formula that quickly accelerates economic growth. Hence, our sector exposure remains defensive in Europe, and we keep some cash on hand, which we believe can be useful to deploy if markets correct in the coming months.

Jose A. Rasco is the Chief Investment Strategist for HSBC Private Bank-Americas.