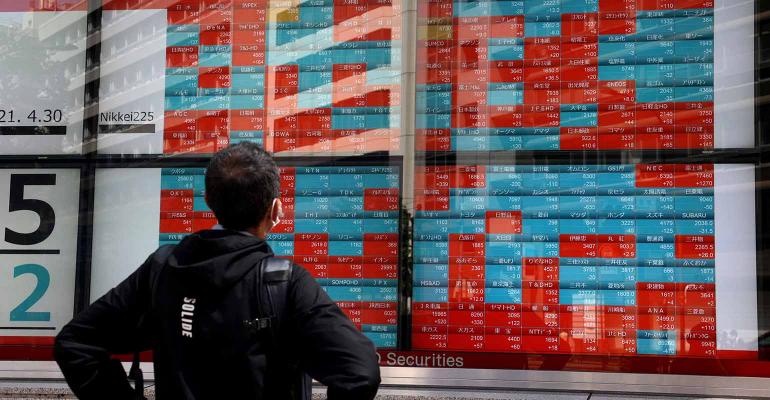 Not only are best-in-class emerging market companies on par with their household name peers in developed markets, but they are also aided by powerful long-term trends that are taking hold worldwide.

Beyond our immediate horizons, deep water waves are building at a scale that could significantly alter the global investment landscape. These waves are formed from powerful forces such as technology, demographics, geopolitics and climate change. When they break, they will bring disruption to global markets, washing away the previously sacrosanct assumptions of investors around the world. Yet amidst the disruption will lie opportunity for investors with a keen eye for investment prospects forming in the new landscape.

Technology has already been hugely beneficial in removing some of the artificial barriers between the developed and emerging worlds. Soon we will usher in the fourth industrial revolution, a complete digital ecosystem, which promises new developments in artificial intelligence and quantum computing, delivering unparalleled access to knowledge and increased processing power. Emerging market companies may stand to benefit from new breakthroughs and innovations, with numerous investment opportunities in technology-exporting countries such as Taiwan and South Korea. However, technology innovation is not restricted by borders, and investors should expect to see a rise of world-class companies from less obvious countries such as Belarus, Malaysia, Russia and India.

During the pandemic, companies learned to value digital solutions and high-quality management information systems, leading to a veritable investment boom in technology. Looking forward, innovative companies in emerging markets may continue to benefit from the digital revolution. Some are already well known such as Samsung Electronics and Taiwan Semiconductor Manufacturing Company. Others are not as widely known but are well positioned to benefit from fast-growing trends in the IT industry, such as the use of digital technology to address increased regulatory requirements, growing expectations from consumers and the leveraging of data.

One such company is EPAM Systems, an information technology company with its software development center located in Belarus. EPAM claims to have helped over 275 Forbes Global 2000 customers with complex engineering solutions and information technology services. In addition, its management has a history of successfully generating profitable growth, and EPAM has a strong employee culture, resulting in one of the lowest attrition rates in a high-attrition industry.

Demographics is another powerful force worthy of investor attention, as young populations, a growing middle class and urbanization will alter the investment landscape. This will come at a time when global growth is set to slow to below its long-term trend of 3.45% over the next generation, according to the International Monetary Fund. The U.S., one of the countries that has driven global economic growth over the past two decades, saw the number of working-age people decline last year – something that had never happened in the nation’s history. With populations aging in developed economies, the World Bank identifies countries as diverse as Argentina, Mexico, Turkey and South Africa as being ripe for sustained economic growth based on their population trends.

Another country with favorable demographics is Peru, where a population of around 33 million people is expected to expand to more than 41 million by 2066. It’s home to Credicorp, which provides banking, microfinance, investment banking, wealth management, insurance and pensions in its home country as well as in Bolivia, Chile, Colombia and Panama. Credicorp is at the forefront of financial services innovation in a country that has historically had lower banking penetration than that of other emerging markets. Credicorp also has a history of constructive engagement with investors, resulting in the adoption of best banking practices from leading banks in other markets. As banks must continuously adapt to changes in technology and consumer preferences, Credicorp’s receptiveness and willingness to improve its practices makes it an interesting investment prospect.

Geopolitics look set to influence investment outcomes over the next decade as a reorganization of supply chains following the COVID-19 pandemic, combined with upcoming net zero transitions, will only add to existing international trade tensions. We expect political alliances to influence supplies of key commodities, control access to technology and dictate the use of the world’s remaining fossil fuel reserves. Whilst globalization was a dominant theme for much of the past 50 years, we expect regional trade patterns will be more influential in the coming decade with the creation of strong region-wide franchises built on serving specific regional preferences. We also expect a move from global “just-in-time” supply chains toward more localized “just-in-case” solutions. This change will necessitate a new wave of investment in fixed assets, which should be positive for capital goods companies, building materials and industrial real estate. We may have to wait a few years for regional winners to emerge, but the recent success of Singapore’s regionally focused gaming and e-commerce firm Sea Ltd highlights the rewards for companies that understand local needs.

Of all the deep water waves, climate change is likely to have the greatest impact. With ice melting in the polar regions of Russia, more powerful hurricanes in the Gulf of Mexico and more severe droughts in the deserts of South America, climate change is already having a meaningful impact on company operations. The decarbonization of the economy is likely to become a key investment theme as the world attempts to reduce the man-made contribution to global warming. There’s been impressive growth in renewable energy solutions, and emerging market companies have already positioned themselves to be major players in industries such as biofuel, batteries, copper, lithium, solar power and wind. Brazil-based Cosan is one such example, producing both ethanol and biogas from sugarcane. Sugarcane-based ethanol has been a part of Brazil’s standard auto gasoline for almost 100 years and currently represents 27% of the gasoline mix. Emerging market companies are likely to be influential in addressing global challenges like climate change.

We believe that best-in-class companies can be found outside the U.S., Western Europe and Japan. Not only are emerging market companies on par with their household name peers in developed markets, but they are also aided by powerful long-term trends that are taking hold worldwide. Investors could benefit by extending their investment horizons to include countries and companies that are best positioned to embrace these fast-moving waves as they break.

Alastair Reynolds is a Portfolio Manager at Martin Currie Investment Management, a subsidiary of Franklin Templeton. His predictions are not intended to be relied upon as a forecast of actual future events or performance or investment advice. Neither Martin Currie Investment Management nor its information providers are responsible for any damages or losses arising from any use of this information