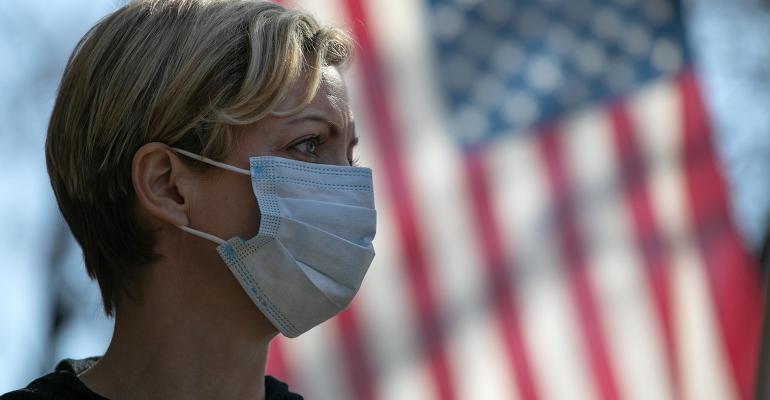 Corporate Behavior in the Age of COVID-19: a Lesson for Future Pandemics

ESG lessons from how companies have reacted during the current pandemic point the way toward improved responses during future crises.

The novel coronavirus pandemic that has been sweeping the globe since the start of the year has caused unprecedented disruption: shuttering businesses, forcing countless companies to adopt remote working policies and roiling global markets.

Amid all this chaos, we believe it’s worth taking a step back and examining some of the factors at play—including companies’ roles in preparing for and responding to public health crises. Here, we take a closer look at the environmental, social and governance data to consider some of the ways that company behavior can affect workers, customers and the broader public in a time of pandemic.

In an effort to slow the spread of the virus, some U.S. states enacted sweeping shelter-in-place mandates, as others cautiously issued guidelines surrounding social distancing. Although many workers have the luxury of working from home, countless others have been furloughed for an as-yet-unspecified period of time. Some, in sectors such as retail and food service, have found themselves facing a difficult choice: remain at home with no pay, or go into work each day and jeopardize their own health (and potentially that of others).

Despite efforts at the state and local levels to ensure that workers are able to take paid sick days, access to this critical benefit remains unequally distributed. Although 73% of private-sector employees have the opportunity to earn paid sick time, the “highest wage workers are more than three times as likely to have access to paid sick leave as the lowest paid workers.”

However, even if not mandated by the states in which they operate, there are numerous reasons that companies should consider offering sick leave to their workers. Employers that offer paid sick leave to their employees are doing right not only by their workforce but also by the general public: One paper suggested that, during the H1N1 outbreak of 2009, U.S. employees who continued to attend work while sick may have subsequently infected up to 7 million other workers.

There are also tangible economic benefits to offering paid time off to sick workers—it can help reduce job turnover, which is a costly yet often preventable challenge for human resources departments everywhere. Moreover, an analysis of data from 2007 to 2014 suggested that U.S. employers could have collectively saved up to $1.88 billion annually in absenteeism costs had they offered sick leave to employees exhibiting influenza-like illnesses.

Although the precise origin of the virus has yet to be determined, gene sequencing analysis strongly suggests that the virus originated in bats and transferred to humans through an as-yet-unidentified intermediary species, potentially the heavily trafficked and endangered pangolin.

While some have decried the “wet markets” that bring various exotic species in closer proximity to humans, it’s worth noting that global warming may also play an increasingly pivotal and detrimental role in this trend. The U.K.’s National Institute of Environmental Health Sciences warns that many diseases transmitted by animals and vectors are sensitive to changes in climate, and “ecological shifts associated with climate change are expected to impact the distribution and incidences of these diseases.”

Another factor that is primed to increase the incidence of animal-to-human contact, and thus the spread of zoonotic diseases—those that transfer from animals to humans—is the loss of natural habitats such as wetlands and forests. This habitat loss, while sometimes brought about by climate change, is also frequently caused by human activity and industry, including agriculture, fossil fuel exploration, real estate development and water diversion.

Among the practices most damaging to natural habitats is unsustainable production of palm oil, a product that is found in everything from soap to chocolate and has emerged as one of the most prevalent oil crops in terms of planted area. Unsustainable practices associated with palm oil production include slash-and-burn farming, which involves burning down existing vegetation to rapidly make way for palm oil plantations. This activity not only forces many species out of their natural habitat, but it also produces hazardous smog that can prove deadly for people living and working in the vicinity. As one recent study in the U.S. showed, increased air pollution has also been linked with higher rates of death among COVID-19 patients.

By failing to protect biodiversity, we may also be stymying our chances of identifying the next groundbreaking medical treatment, as many essential and lifesaving medicines are derived from plants. The preservation of biodiversity benefits us all, providing a “vital link when it comes to critically expanding the molecular diversity necessary for successful drug discovery efforts in the future.”

In recent months, public health officials have repeatedly emphasized the importance of thorough hand-washing in combating the spread of COVID-19. However, although we often take for granted the widespread availability of clean and sanitary water, some 2.2 billion people worldwide lack access to safely managed water services—including in some communities here in the U.S. This can have a hugely detrimental effect on efforts to contain viruses and infectious diseases.

Excessive consumption of water can also have a significant impact on future supply, introducing risks to not only communities but also the industries that heavily rely upon the availability of water for a wide variety of industrial processes—including fabrication, processing, washing, diluting, cooling and transportation of product. Dishearteningly, a recent Sustainalytics analysis of the food and beverage, garment and mining sectors’ commitment to water stewardship suggests that many companies’ efforts have “taken a clear turn for the worse, with either related disclosure or performance, or both, having notably deteriorated.”

As the extent of the novel coronavirus’ spread became apparent earlier this year, Chinese authorities took decisive action to quarantine citizens; subsequently, manufacturing operations in more than 20 provinces and cities ground to a halt. Those areas affected accounted for more than 80% of China’s gross domestic product, and 90% of its exports.

Companies that maintain greater upstream visibility into their supply chain, that implement robust business continuity plans and that seek to maintain a geographically diverse supply chain, will likely be less susceptible to disruption by external forces such as epidemics or weather-related events—both of which are only set to become more prevalent. Further, as one study found, supply chain transparency can engender consumer trust and provide a subsequent boost to revenue.

In the wake of the COVID-19 pandemic, it’s possible that many companies will enter a period of reflection, scrutinizing the practices that rendered them most vulnerable to business interruptions in this time of crisis. Investors, however, have the unique opportunity to hold companies accountable and, where appropriate, demand that the lessons taught by this crisis are not quickly forgotten.

As the writer David Quammen poignantly noted in a New York Times op-ed earlier this year: “We must remember, when the dust settles, that nCoV-2019 was not a novel event or a misfortune that befell us. It was—it is—part of a pattern of choices that we humans are making.”