Can You Be a Jeopardy! Champion? 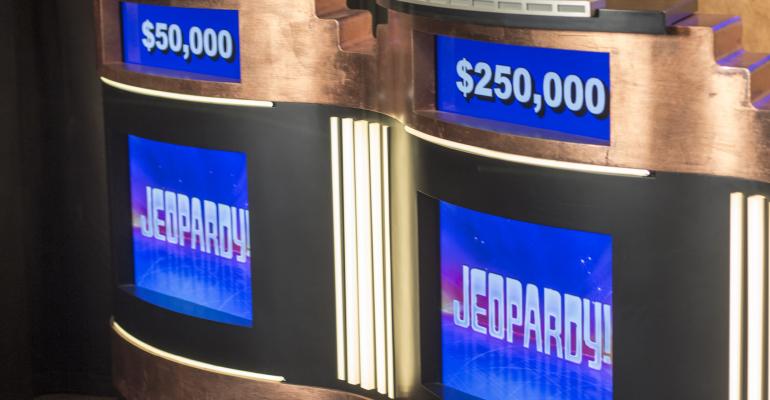 Start Slideshow ›
Test Your advisor smarts against 25 actual challenges about money and finance from the world’s most popular quiz show.

Few television game shows are as revered as Jeopardy! Since its launch in 1984, more than 8,500 episodes have presented thousands of contestants with over half a million clues testing knowledge in every domain, including the economy, stocks and finance. Here’s your chance to see how you would do competing in a Jeopardy! game that’s focused exclusively on knowledge that advisors are expected to master.

We went through hundreds of episodes to select 25 of the trickiest money, finance and economic clues to test your Jeopardy! smarts. Remember the catch: Your responses must be in the form of a question. The quiz begins with the easiest and lowest-value clues and then gets progressively higher value and more difficult. Good luck.