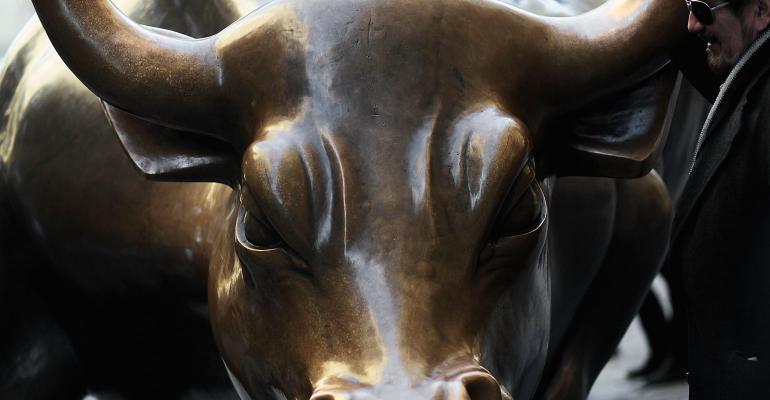 If anything, the market’s ability to bounce back is getting stronger.

(Bloomberg) --The bull market in U.S. stocks that everyone expects to keel over with exhaustion is back to baffling everyone with its resilience. It can’t keep happening, right?

Perhaps -- though a bear case based on that reasoning has been a loser. Since April 2016, when this advance became the second-longest ever, gains in the S&P 500 total 19 percent.

That’s a lot to miss because you thought the clock was running out.

If anything, the market’s ability to bounce back is getting stronger. It took just three days for the S&P 500 to retrace all but 3 points of last Thursday’s 36-point tumble, among the fastest rebounds from a sharp drop in two years.

“For some investors, the sheer age of this cycle is enough to cause consternation. Yet there is nothing magical about the passage of time,” wrote Krishna Memani, chief investment officer at OppenheimerFunds Inc., in a recent paper. “As we have said time and again, bull markets do not die of old age.” A subtler bull case on stocks for the long run centers on the squishiness of Wall Street definitions and their meaning for investors. Why worry, the theories go, when it isn’t even clear how old the bull market is in the first place? The rally that began nine years ago has avoided a 20 percent decline, yes, but it’s not like it’s been one long episode of bliss.

Consider the rocky ride the S&P 500 took starting in late 2015, a stretch that included two 10 percent corrections and a drought in earnings. While the S&P 500’s biggest dip during the stretch was capped at 14 percent, the churn between sectors sent more than half of the index’ companies down more than 20 percent, Bloomberg data show.

Whatever you call it, the stretch took a toll on sentiment, possibly enough to create the catharsis usually associated with bear markets. Or so the bulls say.

“The bear market that so many people are predicting these days has likely already happened,” Andrew Adams, an equity research analyst for Raymond James, said in an email. “We definitely think that the multi-month stealth bear market was a base that the market continues to build on even now.”

Over the 417-day period from May 2015 to July 8 the next year that saw the market fluctuate, plunge, rally and ultimately flatline, 269 shares in the S&P 500 fell at least 20 percent and never fully recovered their losses, according to a Bloomberg analysis exactly one year ago.

The number of declines of that size in individual companies was virtually the same as in 2011, when the benchmark gauge avoided bear-market status by a hair.

Since then, the index has rallied 16 percent. By comparison, it surged 32 percent in the 12 months following the lowest level of the 2011 rout. The current bounce back from the hidden bear market from 2015 to 2016 suggests the bull run since 2009 could be near its halfway point, according to an analysis by Bloomberg Intelligence.

The selloff “may have been the pause that refreshed the longer-term bull, similar to the 2011 experience,” write analysts led by chief equity strategist Gina Martin Adams. On average, it takes 32 moths to reenter another correction of 10 percent or more after a drop of at least 15 percent, Adams writes. Of course, rebounding corporate profits have been a key element to the equity market’s resurgence this year. Companies in the S&P 500 emerged from a seven-quarter slump in profits this year, posting the biggest quarterly jump in earnings in the first quarter since 2011.

And analysts expect the gains to continue. Earnings per share in the S&P 500 will climb 12 percent to $130.59 by year-end, data compiled by Bloomberg show.