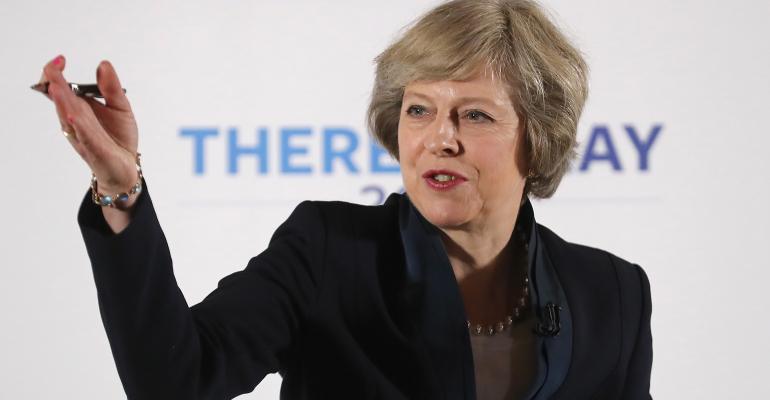 The much anticipated Brexit referendum is now in our rearview mirror, but the uncertainty is far from over as Britons voted to leave the EU and will be led by a new Prime Minister during this unprecedented time.

The Brexit vote was costly as it cost worldwide investors more than $3 trillion in the two days following the vote. It was the worst two-day stretch for the S&P Global Broad Market index in its history. The Brexit result also caused political turmoil, as Prime Minister David Cameron announced his resignation. On July 13, Theresa May was appointed Prime Minister and the person in charge of leading a newly independent United Kingdom.

Futures on the S&P 500 index tumbled 5 percent, while during intraday trading on June 24 the S&P 500 was down over 3 percent. As expected, the VIX index, known as the market fear index, jumped 40 percent at market open. Investors, looking for a haven, pushed the price of gold up to $1,363 at one point and pushed Gilt yields to new lows. Global currencies experienced high volatility as well. The Sterling collapsed after the ballots became official and hit a 31-year low.

Economists and financial professionals around the world expressed concern that the UK would fall into a deep recession and the vote would cause additional stress to the remaining EU economies. After the initial shock and concern set in, cooler heads prevailed as swift political change and monetary policies helped calm fears.

Political change occurred quickly with the naming of May as the new Prime Minister three weeks after the referendum. This swiftness helped calm the tidal wave of uncertainty and reduced the market exodus as displayed in Figure 1. Institutions started withdrawing assets out of United Kingdom equity funds immediately, but these outflows started to taper after May was announced Prime Minister.

The Bank of England (BoE) initially left interest rates unchanged in July, but changed course in August as they cut the UK’s key interest rate for the first time since 2009 to a record low of 0.25 percent. The BoE also announced the extension of their government bond purchasing program due to their reduced growth forecasts. These moves were welcomed by investors. Figure 2 displays how markets recovered after their initial plummet as a result of the Brexit vote. After a 40 percent spike following the referendum, market volatility subsided and has continued to stay relatively flat. Markets have recovered as the S&P 500 is up over 5 percent since June 23 while the MSCI Europe ex UK index is up 2.3 percent during this same time period. After hitting the bottom on July 27, the MSCI United Kingdom index has fought back and is only down 1.83 percent between June 23 and August 12.

We have not experienced this level of market turmoil since the global financial crisis of 2008. Although some markets have recovered from the initial losses, and fund outflows have cooled, risks and uncertainties remain. Weakness in Italian banks continues to pose a risk, while the economies of the UK and EU remain fragile.

Yields around the world look as if they are going to remain low for some time, and U.S. equities continue to be expensive. Throughout all of this turmoil, the U.S. economy continues to chug along. Opportunities for investors still exist during volatile times; it’s important for financial advisors to keep clients apprised of the situation and ensure proper portfolio diversification.

Ryan Nauman is a market specialist at Informa Investment Solutions. His market analysis and commentaries are available at www.informais.com/blog.