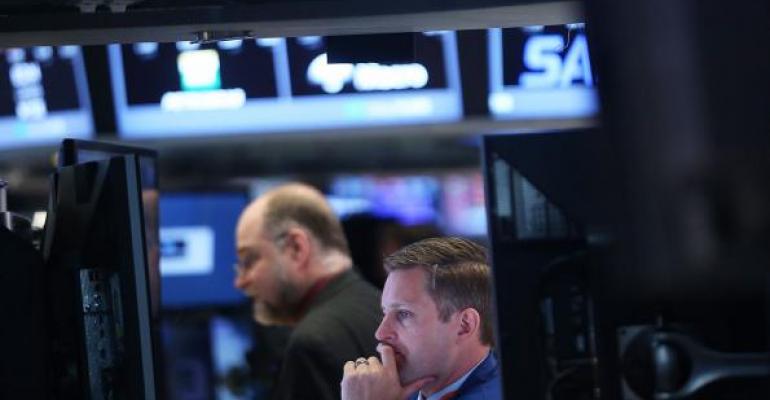 Brexit-Related Selling Might Already Be Over in the U.S.

There have been only three trading sessions in North America since the U.K. voted in favor of leaving the European Union. But according to some strategists, that story's already stale.

"Markets are clearly getting bored with the political impasse and the slow moving political dance in the U.K.-E.U. story," write Citigroup Inc. analysts led by David Lubin, head of emerging markets economics. "The fact of the matter is the EU cannot enforce a deadline on the U.K. to trigger article 50 (this is probably one of the main pitfalls in the article 50 legislation), [and] the U.K. Conservative Party clearly needs to take its time as the party prepares to select its new leadership."

The market moves on Friday were undeniably violent — and in some cases, unprecedented — yet some strategists anticipated the shroud of doom that enveloped markets would dissipate fairly quickly.

"With some blood and panic, the Friday was just a big correction in an illiquid market, which should not last given the central bank put," wrote Nordea Markets Macro Strategist Aurelija Augulyte in a note on Sunday. "Ultimately, the macro data should determine the risk sentiment from here — and calls for the worst are way premature."

Tuesday's price action suggests "the Brexit-driven selling is over," according to Bespoke Investment Group.

The analysts pointed to a sub-20 CBOE Volatility Index (with a normalized, upward-sloping term structure in VIX futures) and a sharp drop in the premium paid for puts relative to calls (known as skew) as signs of reduced fear in the markets.

While corporate debt traders might have been particularly wrong-footed by the referendum result, spreads to Treasuries have snapped back, too.

"We note that WTI was up over 3 percent today while GBP (the easiest proxy for Brexit stress) gained throughout the day and the Bloomberg USD Index dropped 45 basis points; it’s up only 25 basis points since the close on June 14," add the analysts.

"Based on U.S. assets, there’s a good chance that the U.K.’s referendum vote is being ignored," concludes Bespoke.