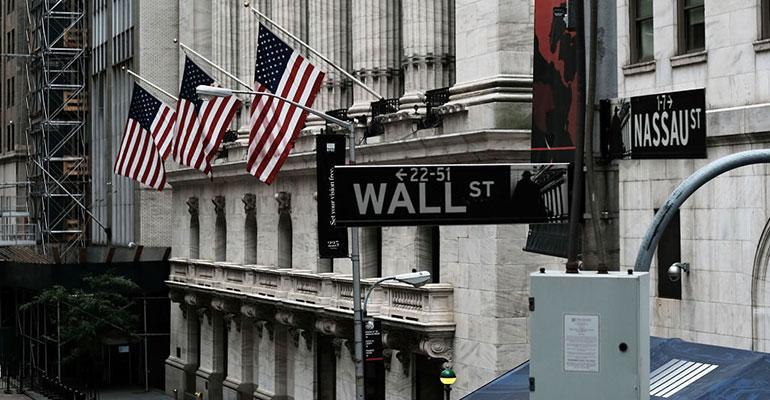 BlackRock strategists favor small and medium-cap U.S. companies as they’re less likely to be impacted by taxes and regulations aimed at large multinationals.

(Bloomberg) -- BlackRock Investment Institute strategists are dialing down their excitement for U.S. stocks, at least in the near term.

The risk of higher taxes, tighter regulation and potential for faster economic growth in other developed countries has dented the market’s appeal, the strategists led by Wei Li said in a note.

“We see equities in developed markets outside the U.S. as better positioned to capture the economic restart over the tactical horizon, as the powerful restart broadens out,” they wrote. “Potentially higher taxes and more regulations could pose challenges to the strong performance of U.S. stocks.”

The S&P 500 is trading at a record high after surging more than 90% from its March 2020 low, pushing investors to weigh possible risks to the rally and to consider other markets that haven’t gained as much. Stocks in Europe and Japan can win from the current phase of the recovery trade, strategists say, and these parts of the world also face lower risk of additional taxation and more regulation relative to the U.S.

BlackRock strategists say that if the Biden administration manages to impose a 28% corporate tax and a 21% global minimum tax, this would cut earnings per share for the S&P 500 by 7% next year. At the same time, they expect the eventual tax boost to be more moderate.

While U.S. stocks may come under pressure, the strategists still favor the country’s small and medium-cap companies as they’re less likely to be impacted by taxes and regulations aimed at large multinationals.

To be sure, on a six to 12-month horizon BlackRock strategists are overweight U.S. and U.K. equities, neutral euro-area and underweight Japan.