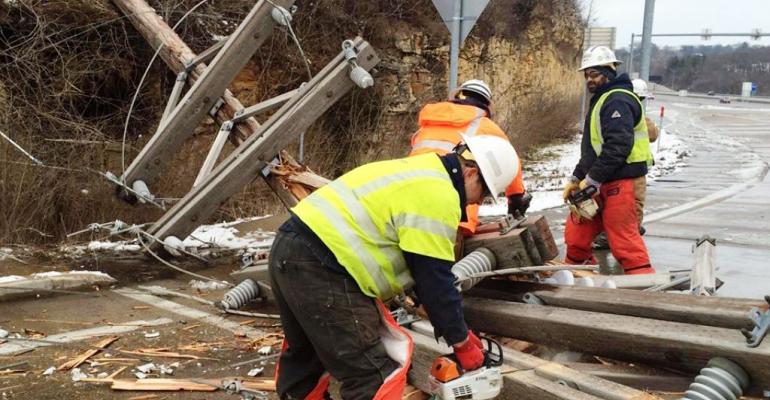 In a market still gripped by fear, opportunities will await value investors who can find clarity through a consistent philosophy and process

At the tail end of a cycle, when price-to-earnings (P/E) multiples transcend historic norms, value stocks traditionally offer market prices below their intrinsic value. In the turmoil that follows more extraordinary “black swan” events, however, the transition from growth to value tends to be deferred until markets reset amid an exodus from cyclical stocks to perceived safe havens.

When the scope and breadth of the COVID-19 pandemic came into focus in the last week of February and throughout March, the unwinding of the passive bubble made the panic appear more pronounced than similar crises -- most notably, the credit dislocation in 2008 and the September 11th terrorist attacks seven years earlier. The subsequent turmoil in the energy markets triggered by Saudi Arabia’s price war with Russia, coupled with successive rate cuts that pulled the Fed’s benchmark interest rates to zero at the expense of the larger financial sector, ensured the value indices endured as much pain throughout March as any other corner of the market.

The forward 12-month P/E ratio for the S&P 500 eclipsed 19x in February, its highest valuation in nearly 18 years. After nearly a decade marked by oscillating monetary and fiscal stimulus programs, investors merely needed be in the markets to produce historic returns, which simultaneously fueled and supported passive strategies. But in the wake of the equity market’s month-long descent, and as investors continue to absorb new developments related to the coronavirus pandemic or the government’s bailout efforts, the backdrop is shifting decidedly in favor of active management and, in particular, value strategies that can discern quality in an otherwise erratic and hard-to-read landscape.

To be sure, every market crash is distinct in its own way -- not necessarily in the reaction of investors or the panic-driven selloffs, but in the unique drivers that mark the end of a given cycle. One common thread, however -- evident in 2008 and 2001 -- is that high quality companies suddenly become available at prices that reflect neither their attractive fundamentals on a relative basis, nor latent catalysts, which may be drawn out but haven’t altogether disappeared either. The difference today, is that amid the passive winddown the disparities between the best and worst candidates suddenly become appreciable to those who know where to look.

Witness the sharp correction in the valuation spreads of U.S. large cap stocks as the coronavirus pandemic became more appreciable to the markets in March. Empirical Research Partners documented an approximate four-and-a-half standard deviation in the valuation spreads of companies in the top quintile compared to the average of total peer set. For historical context, in the unraveling of the tech bubble, the standard deviation above the average barely exceeded two-and-a-half.  Outside of the global financial crisis, the only other instance in the past 100 years that saw valuation spreads exceed current levels occurred in 1931, in the teeth of the Great Depression. The point, though, is that it is once again a stock picker’s market, at least for those able to detect the signals within the noise through fundamental analysis and a recognition around momentum’s evolving impulses.

Even in extreme scenarios, such as what the market is experiencing today, the process that guides stock selection should not change. That’s not to say, however, that certain considerations don’t become more important during periods with so little clarity.

Consider the fundamental analysis that goes into stock selection. A quantitative front-end, of course, can help define the tails of the valuation distribution to create a target-rich environment. From there, though, it’s about assessing relative profitability and expected cash flow generation in both worst- and base-case scenarios. With so much near-term uncertainty, more emphasis should also be directed on asset quality and the strength of a company’s balance sheet. This is particularly the case, given the coming liquidity crunch once the economy absorbs the interruption of normal business activities and mounting job losses, never mind the longer-term impact on the psyche of the consumer should the crisis prove worse than current projections.

Momentum, too, remains an important consideration. But amid a widespread selloff and such an acute impact on near-term cash flows, the focus shifts from price and revenue momentum to earnings resiliency and a lack of negative catalysts. In this environment, it can be as simple as the removal of a negative story. Starbucks shares, for instance, rebounded in the third week of March as the coffee giant began re-opening stores in China and quickly transitioned to a “takeout-only” model in the U.S.

During market dislocations, the value story may seem like the most obvious factor to discern, but absent the fundamental analysis and views around the evolving context, investors are just as likely to fall into a value trap.

Take energy. Smaller, midcap exploration companies in the immediate wake of the selloff were trading at a deep value compared to historical multiples. These stocks might be compelling when oil is trading at $50 a barrel, but the economics simply don’t work when oil prices sink below $20 a barrel. Real estate is another potential value trap. Retail real estate could see significant store closures as a result of Americans sheltering in place; office real estate could be impacted by a gradual shift to more remote work; and residential real estate, to a lesser degree, would be exposed to a slowdown as investors who use Airbnb and similar offerings to generate income fail to pay their mortgages as rental business dries up. Not to be overlooked, financial businesses, which traditionally struggle in a low-rate environment, have the added risk in the insurance segment of exposure to employment and medical claims.

So where can investors find value? High-quality companies -- characterized by secular growth trends, historic earnings consistency, capable management, and a track record of delivering strong returns on invested capital -- are available at multiples that haven’t been in over decade. Names like Nike, Facebook and Starbucks, for instance, all traded down in the broad market selloff, but may enjoy an appealing outlook once the markets normalize.

Other players emerging out of the chaos include certain segments that have either been oversold due to perceived risks or others that don’t yet reflect the counter-cyclical opportunity that awaits. Small- to mid-cap industrials, to name one area, are roundly being priced at a level that implies a recession extending three years or longer and overlooks an expected push to onshore certain critical supplies. Staffing companies, alternatively, would likely benefit from a tailwind as unemployment levels rise.

Still, as fund flows reflect a mass migration to known perceived safe havens, it’s hard to say definitively that the value cycle has begun in earnest. That being said, opportunities are available to those who maintain a consistent philosophy and process, which can instill conviction even at times when clarity is hard to find.