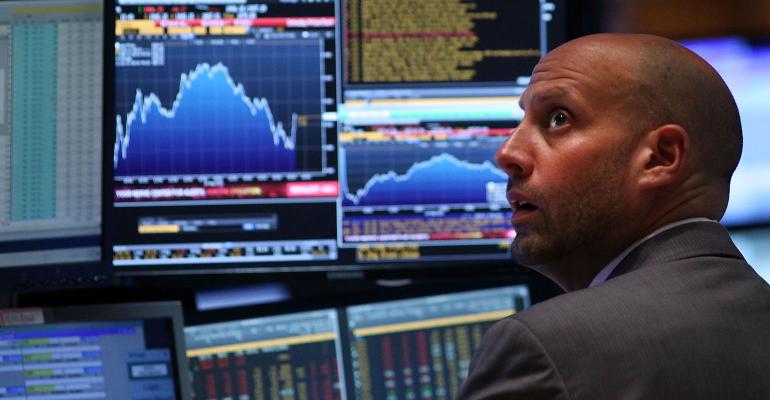 August 2015 was a terrifying time for investors. Twelve months later, it's nothing but calm.

(Bloomberg) -- August 2015 was a terrifying time for investors, with the imminent withdrawal of Federal Reserve stimulus and China’s currency devaluation sending stocks on their wildest ride in four years. Twelve months later, it’s nothing but calm.

Stock turbulence has been banished as the CBOE Volatility Index, which saw its biggest one-day spike on record in last year’s selloff, now sits 40 percent below its decade average. Fed funds futures that priced in as many as four interest-rate hikes a year ago see only even odds of one before 2017. The yuan keeps sliding, but few seem to notice.

While time has healed the wounds of old, the roots of today’s tranquility can be traced to last August’s stresses, when the sight of a market melting down proved a potent force in quieting the Fed. The irony hasn’t been lost on investors, whose willingness to push stocks back to records smacks of complacency to some, but also looks rational in light of how the central bank has repeatedly responded to any sign of financial instability.

“It’s a fragile recovery the Fed has nursed very carefully, and they don’t want to do anything to put that in jeopardy,” Anwiti Bahuguna, who manages about $70 billion as a senior portfolio manager at Columbia Threadneedle Investments in Boston, said by phone. “Nine months ago we were looking at the first rate hike, and the big change in the market conversation is we’ve gone from three or four hikes to asking if we’ll even see one.”

How quiet has the market gotten? Consider that at 12.05, the VIX’s mean level this month is the lowest for any August since 1994. It averaged 19.1 a year ago. With readings below 15 for 35 consecutive days, it’s the longest stretch of calm since July 2014, according to data compiled by Bloomberg. The gauge climbed 0.7 percent at 7:23 a.m. in New York.

Speculators are betting the streak will continue. Hedge funds and other big traders tracked by the Commodity Futures Trading Commission have pushed net short positions on VIX futures to 115,000 contracts, the most since 2013, data compiled by Bloomberg show. Large-cap U.S. money managers are more leveraged to the performance of the S&P 500 Index than at any time since 2008, according to an analysis by Bank of America Corp. Active investors that follow a long-short strategy are about 56 percent long, the most since July 2015.

“The Fed intends to move but they aren’t ready yet,” Jim Davis, regional investment manager for The Private Client Group of U.S. Bank, said by phone. “The economy is probably in pretty good shape and that means maybe investors need to be less defensive, and that’s where people are getting positioned.”

All the quiet could make for a rude awakening, according to Bank of America Corp. With the VIX below 15 for the longest stretch in two years, short interest falling and money managers adding to equity positions, U.S. stocks are at an “elevated” risk of a correction, according to analysts at the bank. Counting on an immobilized Fed adds to that risk.

“It creates a backdrop where we’re more vulnerable to volatility spikes,” Dan Suzuki, a Bank of America equity strategist, said by phone. “Our forecast is for a much steeper pace of tightening than markets expect. There is some room for the Fed to set expectations that are less shocking to the market, but either way it’s going to potentially be tough to digest.”

A snapshot of the U.S. economy today shows that while it’s still growing below the historical average, there have been improvements from a year ago. Inflation and the labor market have moved closer to the Fed’s targets, while a Bloomberg measure of economic surprises has been positive for the longest stint since the end of 2014. Employers added 547,000 jobs in June and July and unemployment is near an eight-year low.

For all that, investors were much more concerned a year ago about the imminence of rising rates. As of Aug. 18, 2015, fed funds futures traders placed a 90 percent likelihood that the Fed would tighten at least twice in 2016, and put a 74 percent chance on it happening at least three times.

Those expectations began to weaken days after a surprise devaluation of the Chinese yuan and a descent in the S&P 500 that erased nearly $2.3 trillion in value while spurring the first 10 percent correction since 2011. By Aug. 25, expectations for three rate increases sank almost 20 percentage points, to 55 percent. To date, the Fed has tightened only once, in December.

“The Fed told us they were going to raise rates a lot more often and a lot faster than has actually occurred, and markets tend to learn by doing,” Ward McCarthy, chief financial economist at Jefferies LLC in New York, said by phone. “Until the Fed comes up with a unified message, the markets are going to continue to trade off past behavior, which means the Fed will implement higher rates slower and later than they say they will.”

Fed meeting minutes last week showed division among policy makers. The notes showed a Fed board that disagrees on the timing of higher borrowing costs, the outlook for inflation and the overall health of the global economy. A pledge to be “data dependent” is seen as a hint that rates will stay where they are in an economy where growth has slowed and manufacturing remains sluggish.

“The economy in the U.S. is growing below trend, inflation is modest and we’re on the verge of full employment,” said Chad Morganlander, a Florham Park, New Jersey-based money manager at Stifel, Nicolaus & Co., which oversees about $170 billion. “But nonetheless, the Federal Reserve is very concerned with financial conditions across the globe which seems to be the third mandate.”