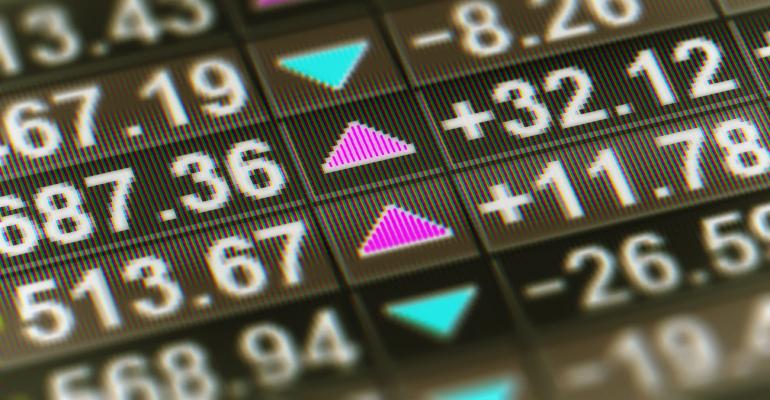 Are Periods of High Anxiety the Right Time to Invest in Small Caps?

Six reasons why the current environment is an attractive time to invest in small cap stocks.

Dividend Growth in Times of Turbulence

We cannot sugarcoat the facts: small-cap investors just endured the worst first half in the more than 40-year history of the small-cap Russell 2000 Index with a loss of 23.4% over the first six months of 2022. Small caps’ dismal performance, alongside the current landscape of potential recession, multi-decade highs in inflation, an aggressive U.S. Federal Reserve and continued geopolitical turmoil, would cause any reasonable investor to hesitate putting fresh capital to work.

But we think investors would do well to follow this maxim: “Look to be fearful when others are greedy and greedy when others are fearful.” While small-, mid- and large-cap value segments have nearly identical 25-year average valuations, their valuations as of June 2022 were vastly different. As of this date, the Russell 2000 Small-Cap, Value and Core Indices were the only segments of the U.S. market that were valued below their 25-year average valuations. Particularly courageous investors might consider reducing their large-cap stock allocations and using that capital to invest in a selection of the roughly 3,000 publicly traded small- and micro-cap companies that can be found across nearly every sector and industry group.

As small-cap specialists with five decades of investment experience in the asset class, we see the current environment as an attractive time to invest in small caps. Here are six reasons why.

Despite the dramatic decline in stock prices so far during 2022, which might lead some to believe that valuations throughout the U.S. equity market have fallen to attractively inexpensive levels, large-cap stocks on average currently remain expensive. And this is true not only in light of their own history, but also versus small caps.

One of the primary differences between small- and large-cap stocks as of the end of June was their radically different valuation pictures. Since late 2020, there was little change in the valuation gap between the Russell 2000 and Russell 1000 indices. But as of the end of June, the Russell 2000 was valued at a 20% discount versus the Russell 1000, marking its lowest relative valuation versus the large-cap index in more than two decades. This is in stark contrast to the past 20 years, which represented a period where small caps averaged a 3% premium to their large-cap siblings.

As overall stock prices fall, small-cap stocks tend to absorb a greater proportion of heightened fear compared to large caps, which paradoxically creates an opportunity for disciplined and discerning long-term investors. Fear is currently running high in global markets. Looking at historical performance, we like to think of small caps as a coiled spring, contracting more as fear increases and bouncing back more robustly as fear recedes.

We use the Chicago Board Options Exchange's (CBOE) S&P 500 Volatility Index, commonly known the VIX, as a barometer for risk tolerance. Many investors know that risk tolerance ebbs and flows with various market events, and risk tolerance typically plummets before investors show their resilience and acclimate to new events. Periods of high investor anxiety, as proxied by the VIX index, have historically been attractive entry points for absolute small-cap returns.

Historically, when the VIX has had an average monthly reading of 25 or more, as it did in June 2022, the subsequent three-year annualized returns for the Russell 2000 were 14.1%, compared with just 9.4% for the Russell 1000.

We found that, following periods where the average Russell 2000 stock was down 32% or more from its previous 52-week high, the historical batting average of that stock outperforming an average large cap stock over the subsequent three-year period was an impressive 92%. The current small-cap market is in an even more depressed state; the average stock in the Russell 2000 was down 44% from its respective 52-week high as of June 16, 2022—the low so far this year for the small-cap index.

There are significant differences between small and large caps in their long-term performance within varying market cycles, responses to various economic and monetary regimes and sector and industry concentration.

As investors look to mitigate risk in this volatile market, diversification is critical. With roughly 3,000 publicly traded companies in the small cap universe, investors can find opportunities in every sector and industry and in almost every imaginable kind of business.

Time is of the essence to capitalize on the opportunity we see in small caps. It’s important to note that we do not know where the market bottom will occur, and it is very difficult to time market troughs. However, we have found that small-cap recoveries have historically happened very quickly, and investors who missed even a few months of the recovery also forfeited on a sizeable share of their return. We looked at the one-year results following declines of at least 15% from the previous peak and tracked the average returns for investors who missed the first one, two or three months of each one-year recovery.

Looking at historical data, we found that if an investor were to miss only the first month of the recovery, their one-year return was, on average, about one-third lower than if they had been investing throughout the trough (+63.8% vs. +41.8%). But for an investor who missed the first three months of the recovery, their subsequent one-year return was less than half of what investors experienced by investing at the bottom (+63.8% vs. +31.2%). This data emphasizes the importance of staying invested despite market turbulence.

While we can appreciate that investors may feel more comfortable focusing on large caps in these anxious times, we suggest resisting that temptation. Over our 50-year history, we have found that the most opportune times to invest in small caps are when fear is high and trailing returns are low, which is exactly what investors are experiencing in this current bear market.

Coming off a record negative first half and enduring what may be a late stage of the bear market, we think that the current period could be a good entry point for small cap returns over the long term.