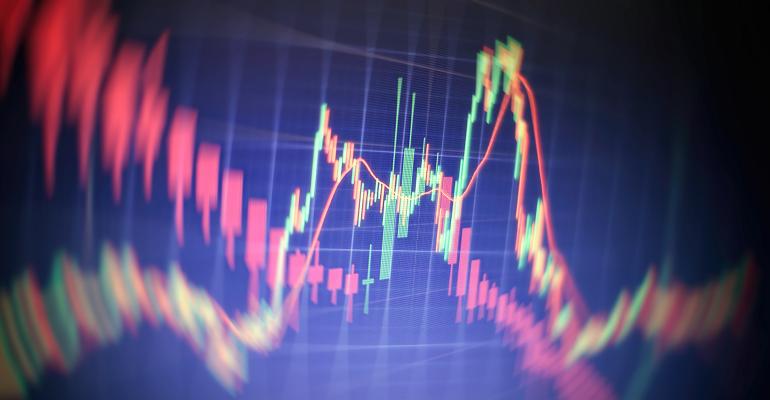 After a Roller Coaster Year, What's Next for Small Caps?

In a year with so much sorrow met by equal amounts of quiet heroism, it seems fitting that the financial markets were subject to extremes. For U.S. equity investors, particularly those in small-cap stocks, the timing of these excesses was fortuitous: Small caps went from the worst of times in February and March to the best in 2020’s final quarter.

After suffering the largest quarterly loss in its more than 40-year history (–30.6%), the Russell 2000 Index proceeded through two positive quarters before enjoying its best quarter ever, gaining 31.4%. Small caps often experience extremes and oddities, but never a year like 2020.

So, what comes next?

We expect the advance of small-cap stock prices to slow markedly. Although the average first-year return for the 12 previous market troughs was 58.1%, the average return for the subsequent 12 months was 13.6% for the eight peak-to-peak periods that lasted two years or more—still historically high results.

Small caps pulled ahead of large caps in 2020’s bullish fourth quarter after lagging by a wide margin through the first three. We see this as a sustainable leadership shift.

While valuations sit at the high end of their historical range, small caps are lower than average when compared with interest rates, and notably less expensive than large caps.

One of our preferred valuation metrics, LTM EV/EBIT (the last 12 months’ earnings versus earnings before interest and taxes, excluding companies with no earnings), shows a crucial result of small caps’ long-term underperformance versus large caps. Specifically, at the end of 2020, small caps were trading versus large caps at the cheapest relative valuations in 20 years. Only during the 2000 internet bubble was the valuation disparity between the two wider.

Our outlook hinges on two percentages, 84% and 88%, which can help answer two of the most relevant investor questions for 2021.

First, will there be a small-cap correction? This seems probable.

In 84% of the past 25 calendar years, small caps have experienced a decline of at least 10%.

Keep in mind two aspects of volatility: It is a regularly recurring feature of small caps, which investors should expect; and its sudden movements can benefit disciplined active managers.

The market endured above-average volatility in 2020. Stocks do not typically transition seamlessly from high-volatility periods to more-placid ones. The three years that followed the wildly tumultuous 2008, for example, each experienced volatility spikes.

The small-cap market also is experiencing frothiness, including a surge in special-purpose acquisition corporation (SPAC) issuance and considerable intra-day volatility in stocks favored by day traders. While not long-term concerns, these developments echo past excesses.

Second, can small caps advance over the next several years? That seems likely.

Of all rolling three-year return periods since 1945, 88% produced positive returns for small caps, according to the Center for Research in Security Prices. The probability may be higher due to below average valuations stemming from 1% Treasury bond yields, an accommodative U.S. Federal Reserve and recovering economies in the U.S. and most of the globe.

Even against this constructive backdrop, selectivity will be key. The economy is likely to continue rebounding in an uneven fashion as growth revs up and ultimately stabilizes.

Regardless of the shape our “new normal” takes, 2021 could not only create potential advantages for disciplined active management but should also be a rewarding year for selected cyclical small-cap stocks.

Frank Gannon is the chief investment officer at Royce Investment Partners, a subsidiary of Franklin Templeton. His predictions are not intended to be relied upon as a forecast of actual future events or performance or investment advice.