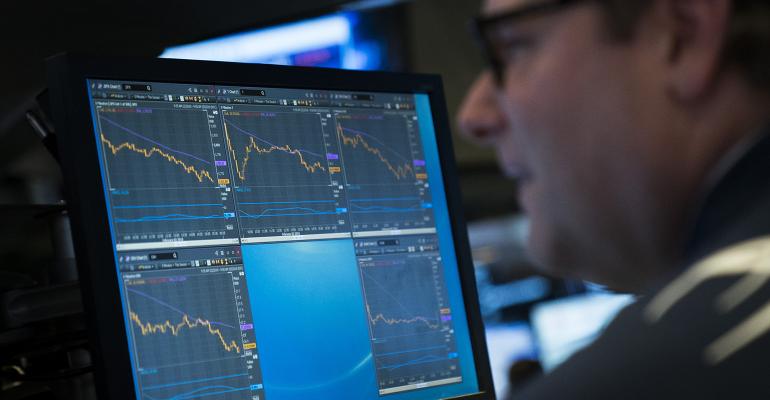 Advisors: What, Me Worry?

After the Dow Jones Industrial Average and the S&P 500 fell more than 4 percent in one trading session, many advisors said they were expecting a market correction and had prepared clients for it.

“This pullback is awesome” Green Alpha Advisors wrote in a client note about the recent market plunge. While the Boulder, Colo.-based money managers were touting the market fall as a sign of inflation fears caused by wage growth (ultimately, a positive for the economy), few commentators would describe the market activity of the past few days in quite the same way—if consumer media outlets are to be believed. Among financial advisors, the heated panic and doomsaying that glutted television broadcasts, Twitter feeds and online news sites were nowhere to be found. Many say they were expecting this moment, and had prepared clients for it. As for their allocations or investment strategies, little has changed.

“It’s been very quiet,” Ric Edelman, founder and executive chairman of Edelman Financial Services, said. “We’ve not been getting very many calls or emails from clients.”

Edelman said his firm had been communicating to clients for some time that “volatility has been unusually low for a couple years” and prices have been “unusually high,” so a correction was expected. The firm also sent an email to clients when the markets closed on Monday, reiterating there was nothing to be concerned about.

Patrick Renn, a registered independent advisor and the principal of the Renn Wealth Management Group, said his firm also sent clients an email with a similar message. “We have been due for a correction for a long time, in our opinion, and we are finally getting it. That doesn’t make it any less painful to watch in the short-term, but we do believe it is just that: short-term,” the note to clients said.

The note from Renn Wealth Management Group also pointed out that ”nothing has changed” in the last 10 trading days on fundamental levels and the group still sees “good economic data, rising corporate earnings, low interest rates, and a not-too-aggressive Fed policy.”

Other advisors, who have also been communicating with clients about a correction, think Monday and Tuesday might only be the beginning. Johann Klaassen, executive vice president and CIO of Horizons Sustainable Financial Services, said the correction could end up being 10 to 15 percent.

Jonathan Torrens, President and CIO of TCM Wealth Advisors, said he expects a steeper correction of 10 to 20 percent but that clients still shouldn’t worry.

“Turn off CNBC. Go to exercise class. Read a book. This market pullback was expected and very much needed to happen for the market to go higher,” Torrens said. “No need for defensive action unless longer-term indicators suggest otherwise.”

So what caused the whiplash and how bad was it?

Green Alpha Advisors said worries about inflation and a consequential rise in interest rates were spooking some investors. But the managers found a reason to celebrate the pullback in a note Tuesday in which they said “inflation worries caused by the news that wages for Americans increased in January” stoking fears of rising interest rates and inflation. Higher interest rates helps wash out debt-fueled earnings and replaces them with real economic growth. “People getting paid more usually results in increased demand for goods and services, which grows the economy,” their note states.

Advisors were also keen to put into context the severity of Monday’s decline. David Pequet, president and CEO of MPI Investment Management, said the “market was down a record 1,175 points or 4.6 percent. That point drop ranked a historical number one, but the percentage drop, 4.6 percent, ranked number 99.”

In other words, the pullback on an absolute basis was big enough to draw media attention, but in real terms, it’s far from a cataclysmic market event.